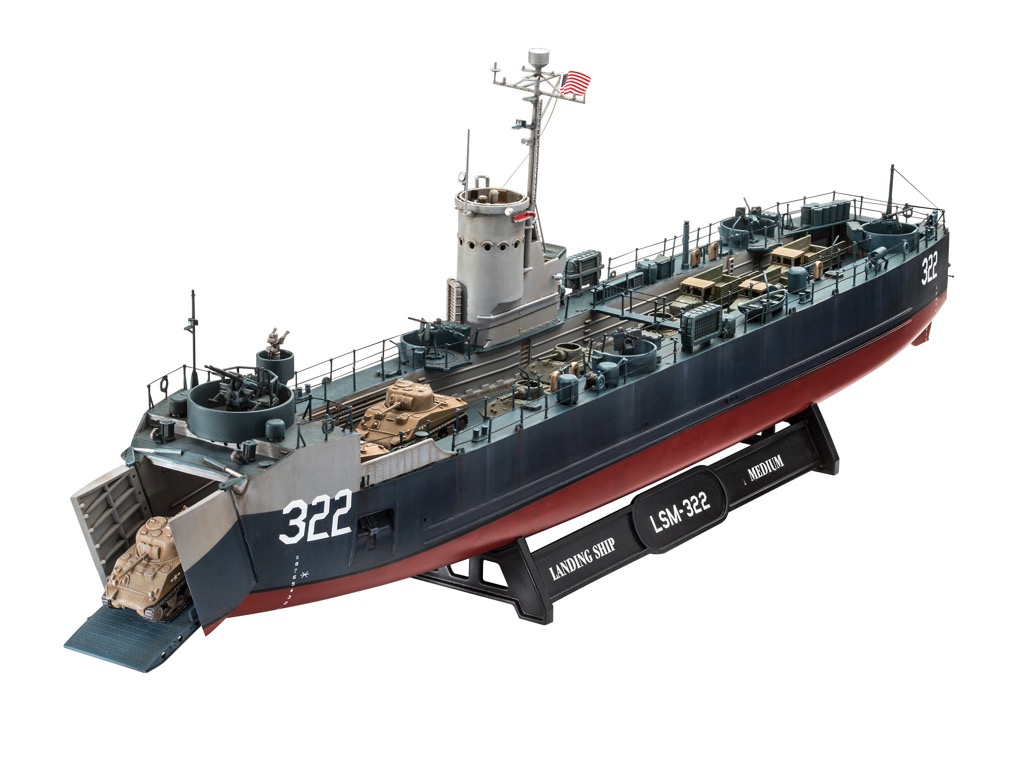 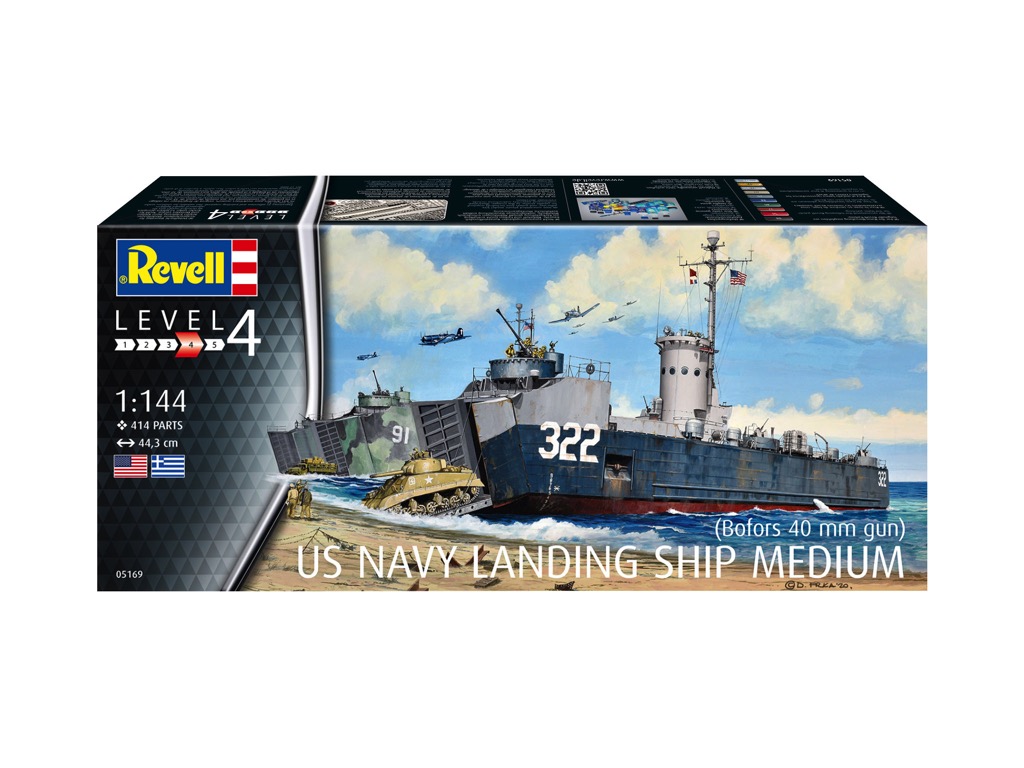 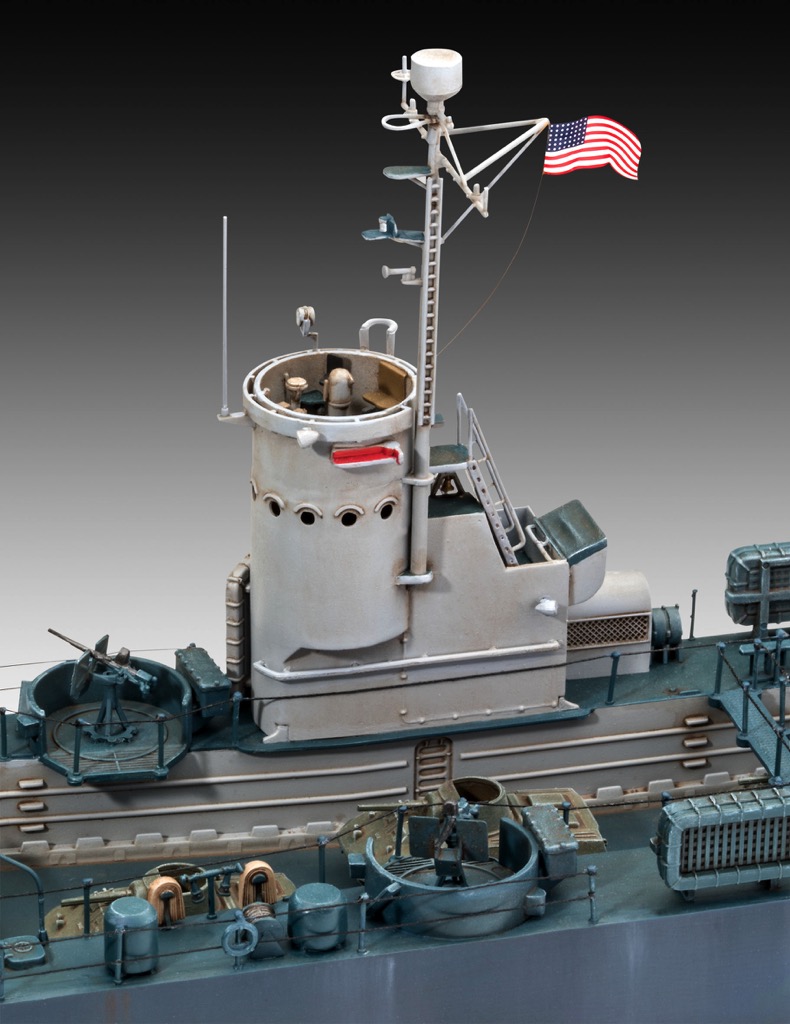 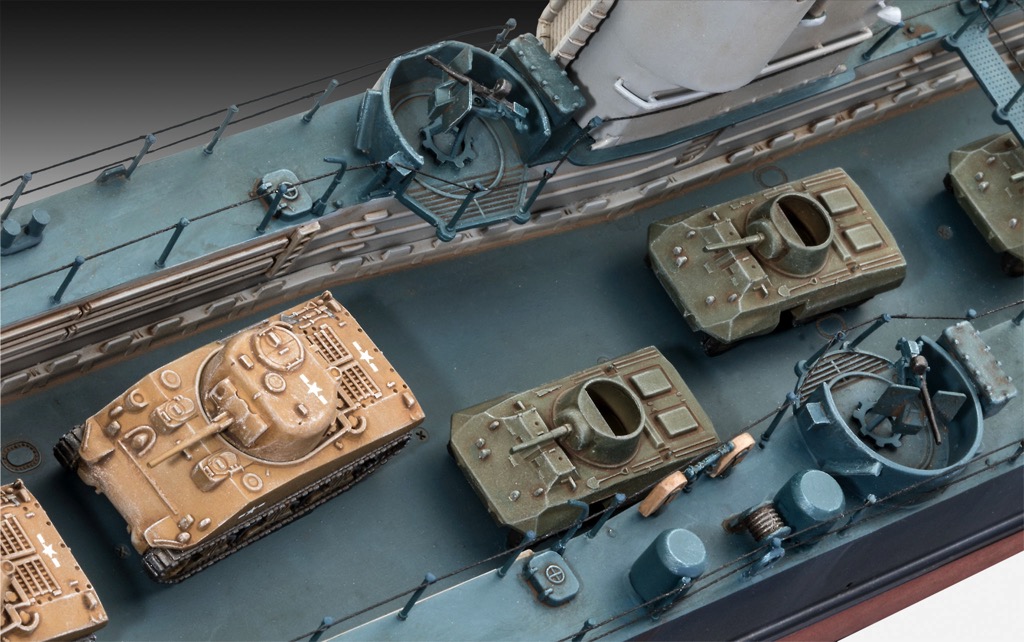 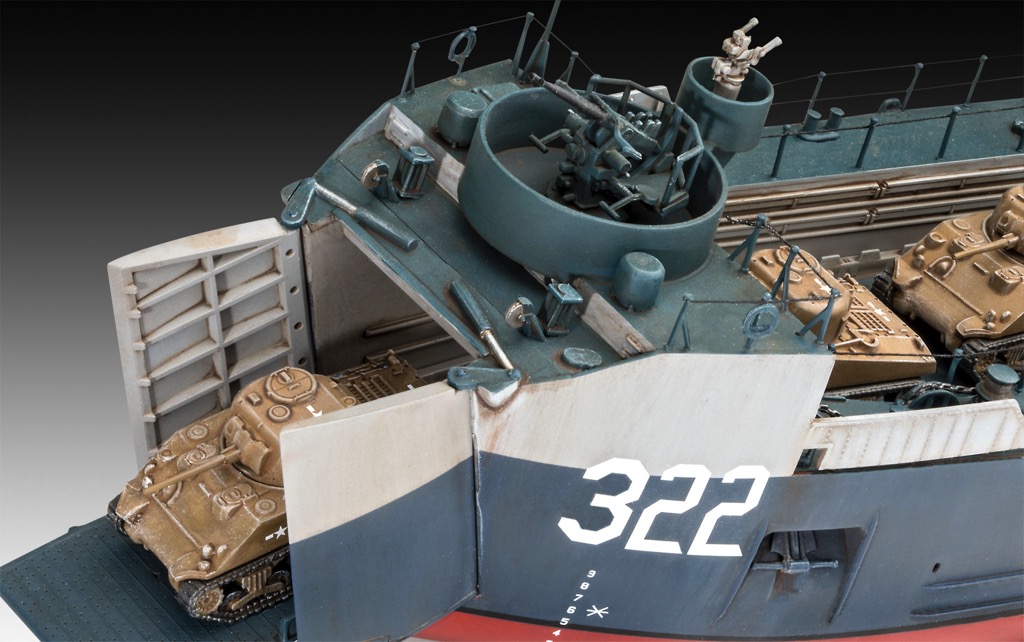 From 1944 onwards, the Landing Ship Medium (LSM class) was used by the U.S. Navy as a landing craft in the Pacific against the Japanese enemy. They were the main component of the U.S. naval force in landing troops and vehicles on beaches occupied by the enemy.

Several LSM-class Schiffe were sunk by kamikaze attacks by the end of the war - but their reputation remains legendary decades after the Second World War!

Build the U.S. Navy Landing Ship Medium in 1:144 scale true to the original now! Decals for: