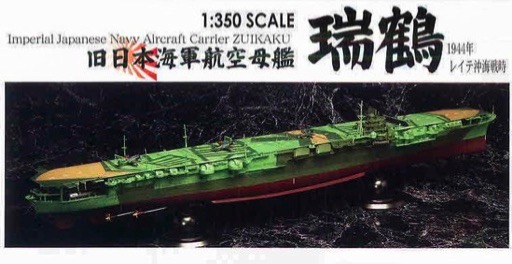 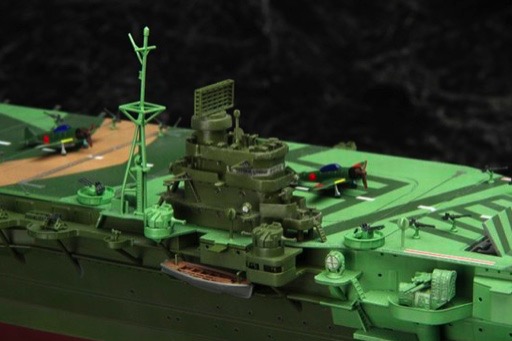 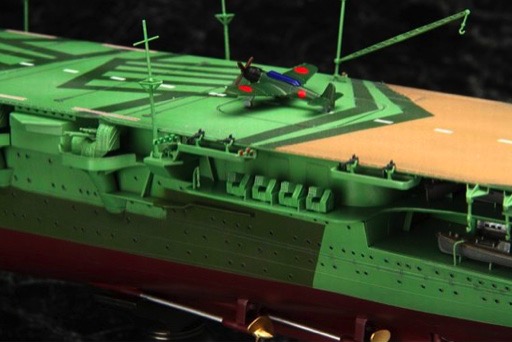 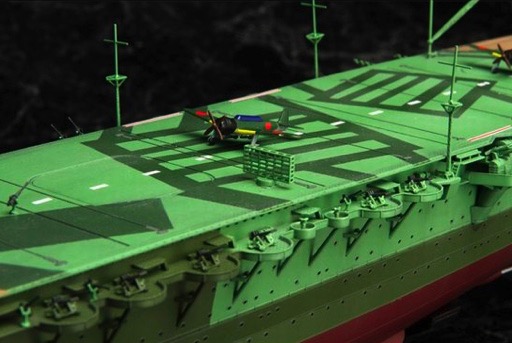 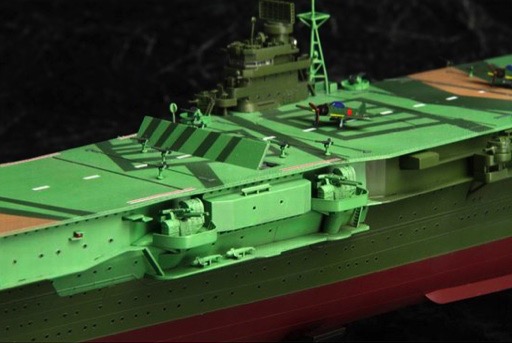 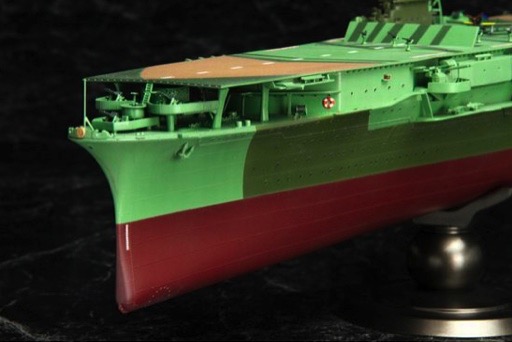 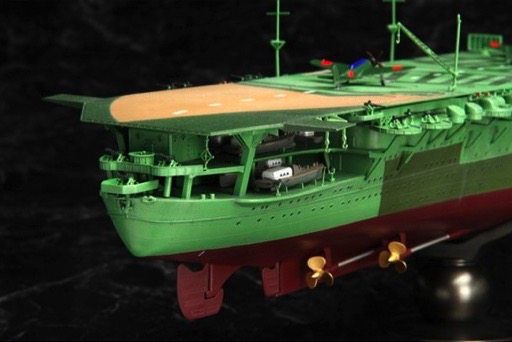 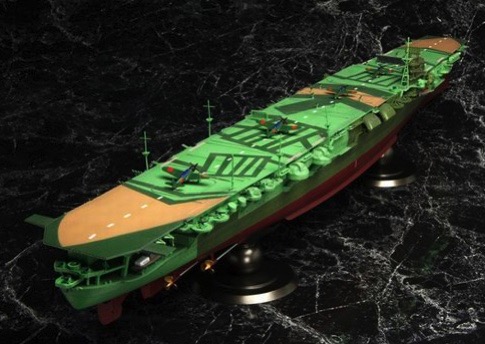 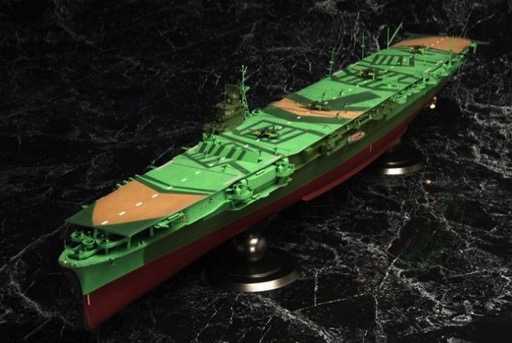 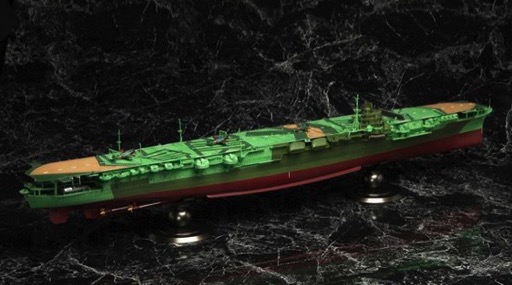 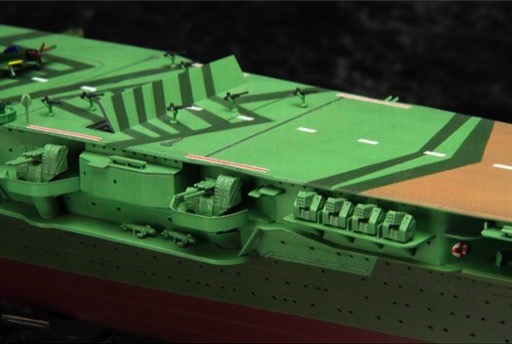 About the Zuikaku: The Zuikaku was one of the six carriers that attacked the U.S. naval base at Pearl Harbor on December 7th, 1941. Accompanied by her sister ship the Shokaku ("Soaring Crane") of Carrier Division Five under the command of Rear Admiral Hara, the Zuikaku launched two waves of air attacks against U.S. Naval installations and battleships in Pearl Harbor. The Zuikaku was sunk by U.S. Navy dive-bomber and torpedo-bomber in the battle off Cape Engano on October 24, 1944.