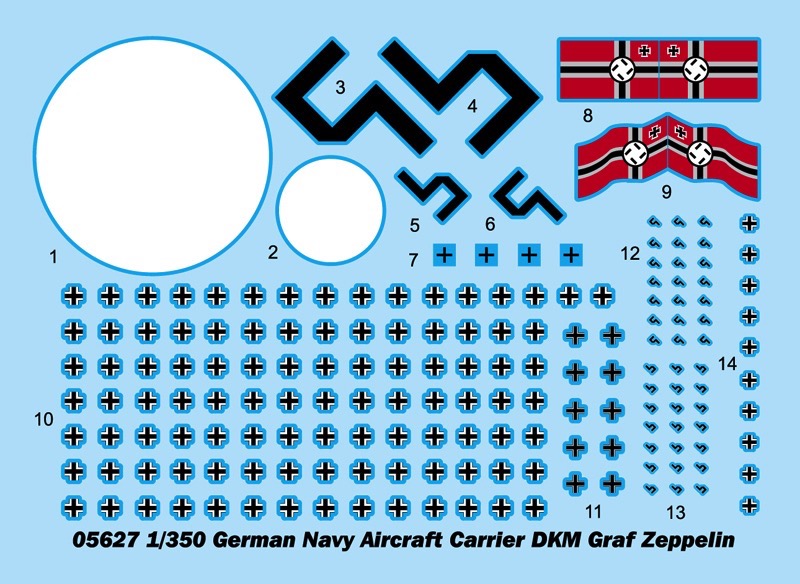 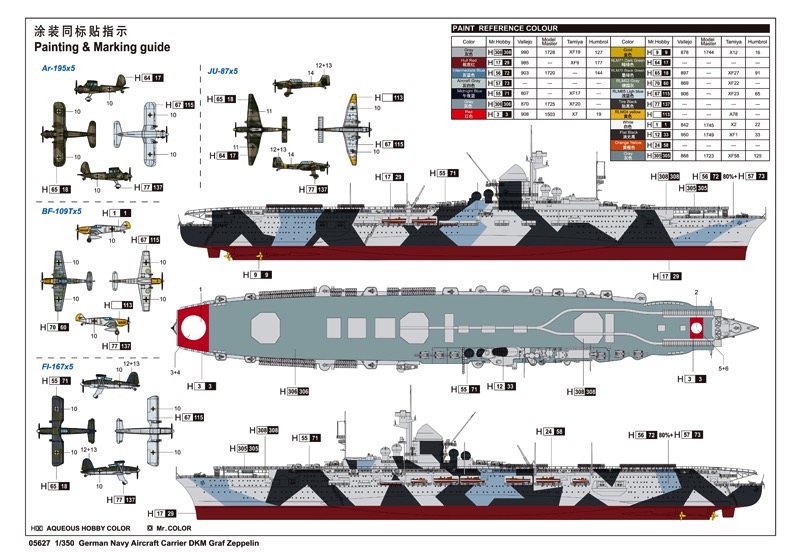 The German aircraft carrier Graf Zeppelin was the lead ship in a class of two carriers of the same name ordered by the Kriegsmarine. She was the only aircraft carrier launched by Germany and represented part of the Kriegsmarine's attempt to create a well-balanced oceangoing fleet, capable of projecting German naval power far beyond the narrow confines of the Baltic and North Seas. The carrier would have had a complement of 42 fighters and dive bombers.

Construction on Graf Zeppelin began on 28 December 1936, when her keel was laid down at the Deutsche Werke shipyard in Kiel. Named in honor of Graf (Count) Ferdinand von Zeppelin, the ship was launched on 8 December 1938, and was 85% complete by the outbreak of World War II in September 1939. Graf Zeppelin was not completed and was never operational due to shifting construction priorities necessitated by the war. She remained in the Baltic for the duration of the war; with Germany's defeat imminent, the ship's custodian crew scuttled her just outside Stettin in March 1945. The Soviet Union raised the ship in March 1946, and she was ultimately sunk in weapons tests north of Poland 17 months later. The wreck was discovered by a Polish survey ship in July 2006.