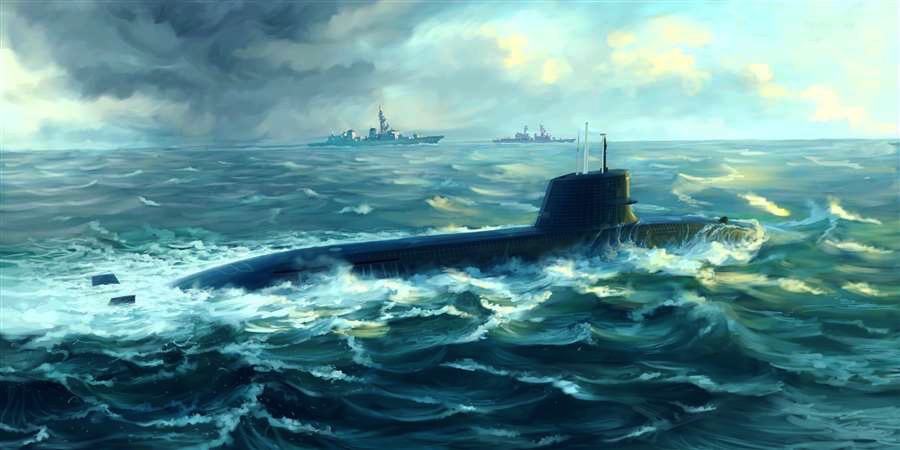 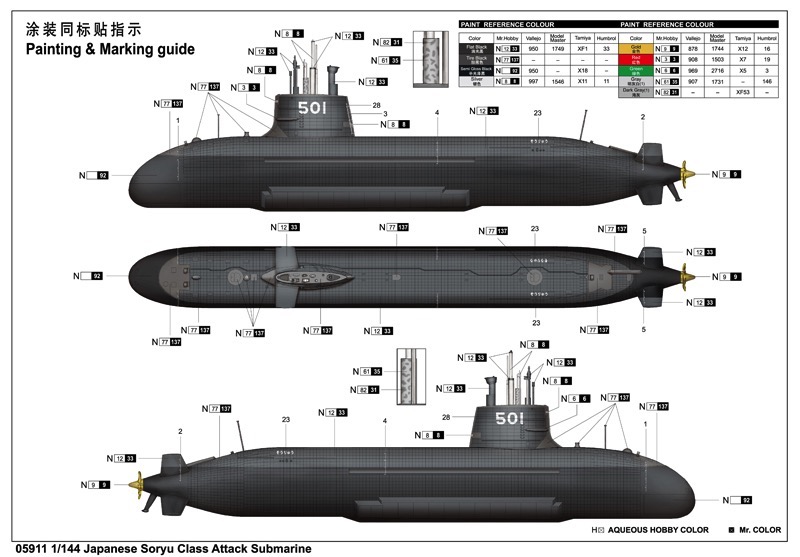 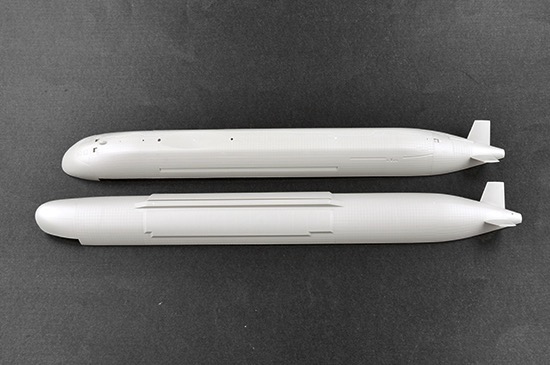 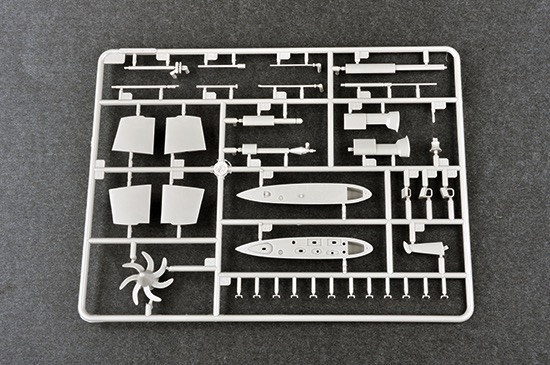 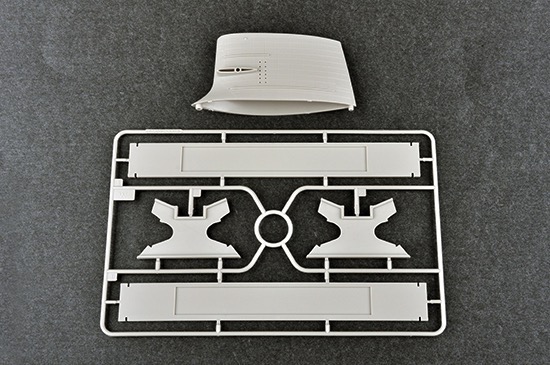 Plastic model kit of the Soryu Class Attack Submarine, Class of twelve non-nuclear submarines (SS) of the Japan Maritime Self-Defense Force (JMSDF) built in Kobe shipyards of Mitsubishi and Kawasaki. The first two boats commissioned in 2009 and 2010, Soryu (SS-501) and Unryu (SS-502), inherited the names of Japanese aircraft carriers from WWII, and the class has the largest tonnage displacement of any JMSDF vessel since the Second World War. Kit consists of over 40 parts, 2-piece full hull, display stand.