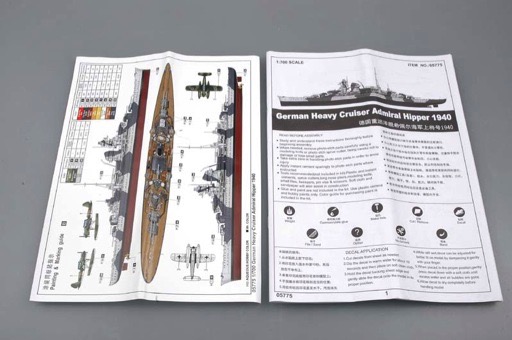 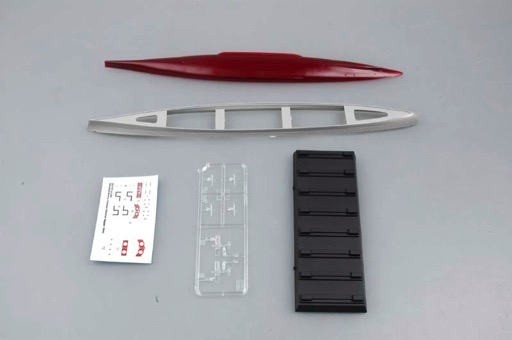 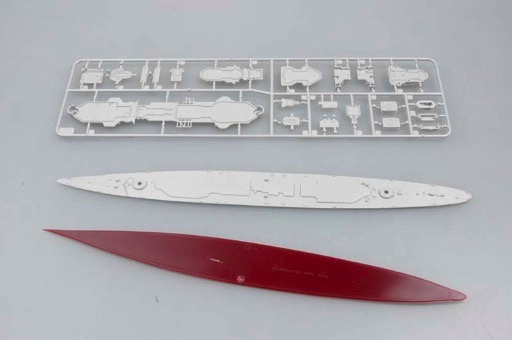 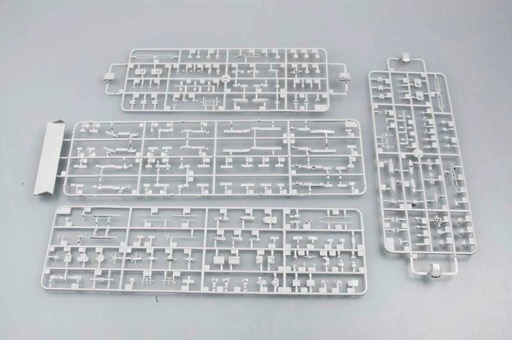 DISCONTINUED This product has been discontinued
and is no longer available.List price: $41.99
You pay: $28.89
(All prices in U.S. Dollars)

Admiral Hipper was commissioned in April 29th, 1939. She was the first of five ships of her class. She took part in the German invasion of Norway. On April 8th, 1940, she encountered the British destroyer HMS Glowworm north-west of Trondheim. After exchanges of fire and despite fatal damage, Glowworm turned to ram Admiral Hipper, causing damage to her before sinking. After damage repairs, Admiral Hipper operated with the battle cruisers Scharnhorst and Gneisenau off Norway to disrupt British supply routes. As a merchant raider, Admiral Hipper attacked troop convoy WS-5A in December 1940. On February 12nd, 1941 she intercepted the unescorted convoy SLS-64. Seven ships out of 19 were sunk, but the convoy scattered and poor weather aided their escape. Short of 203 mm ammunition, Admiral Hipper returned to Brest on 14 February 1941.