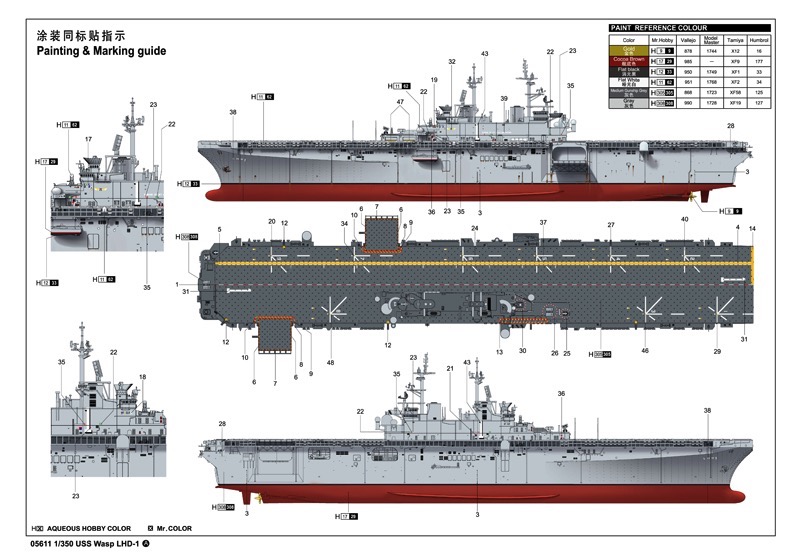 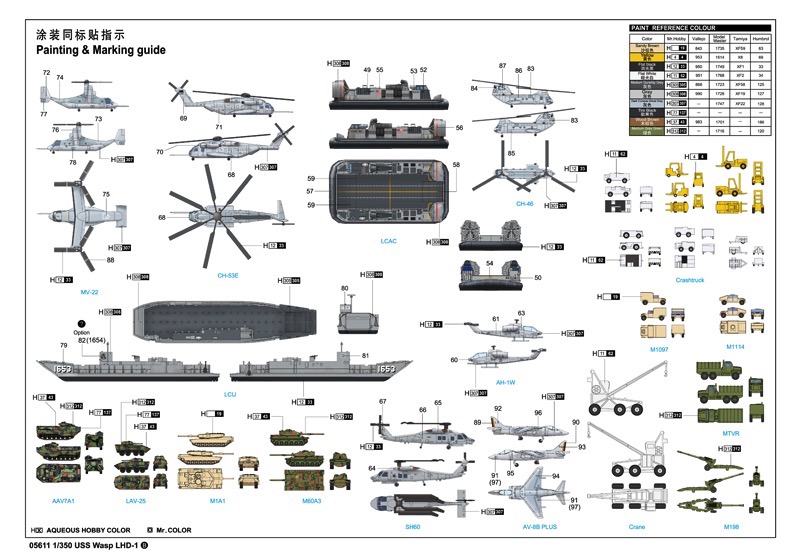 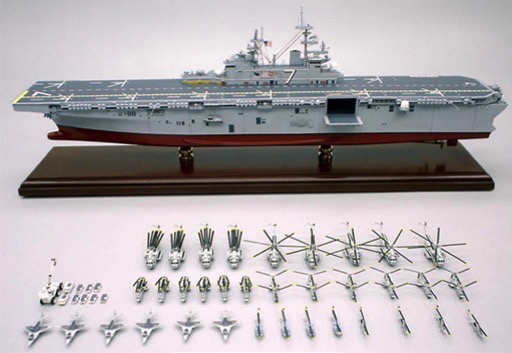 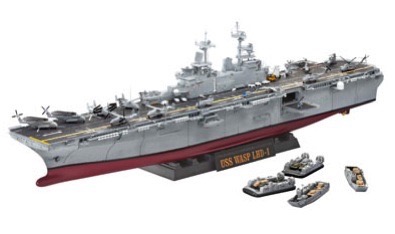 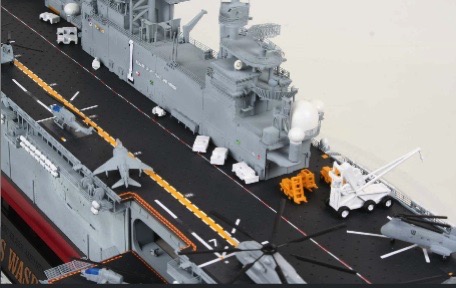 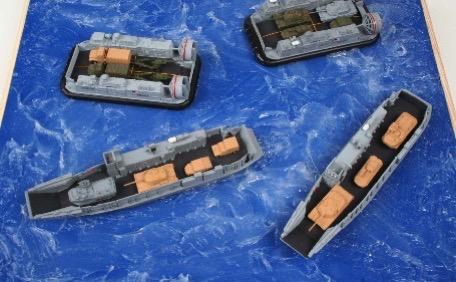 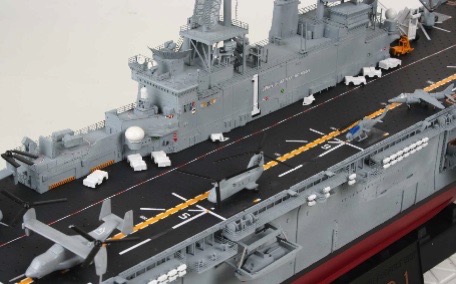 USS Wasp LHD-1 is the lead ship in a class of amphibious assault ships designed as a continuation and improvement upon the earlier LHA class. With a stronger and larger flight deck and improved design well deck, the Wasp class is even more efficent and versatile in offloading and supporting the US Marine Corps and their missions.

Wasp has the distinction of being the largest man-made object rolled across land when she was moved into drydock for launching. Launched in 1987 and commissioned in 1989, Wasp has had a busy career executing both miliary and humanitarian relief operations. From Operation Restore Hope off Somalia, to Operation Iraqi Freedom, Wasp has been and important part of modern US diplomacy and power projection.

Wasp was the first ship to go operational with the MV-22 Osprey, when VMM-263 (-ex HMM-263) deployed aboard in support of Operation Iraqi Freedom in 2007

The U.S.S. Wasp model is composed of 1349 parts ensuring a top quality reproduction. Photo etched components are included for the railings and for the radar equipment. The flight deck, in one piece, is a perfect fit to the hull. The vehicle hold, the aircraft hangar and the docking area are superbly represented. M1A1 and M60 tanks, some AAV7, HMMWV and lorries are provided to load the Landing Craft - Air Cushion (LCAC) hovercraft and the landing barges (LCU) included in the kit. Following aircraft or helicopters are included: AH-1W Super Cobra, CH-53E Sea Stallion, CH-46 Sea Knight, AV-8B Harrier II and MV-22A Osprey. Included are two lateral lifts, to fit in any position, to bring them to the flight deck. The highly detailed superstructures include radar and electronic equipments fitted on two masts. The well detailed armament includes RIM-7 Sea Sparrow, RIM-116 RAM, Phalanx CIWS and several cannons and machine-guns. The decal sheet includes various details for the ship, the aircraft and the helicopters as well as for the landing barges.

The assault vehicles, equipment and aircraft included are: