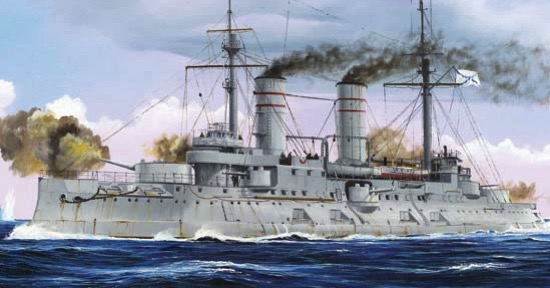 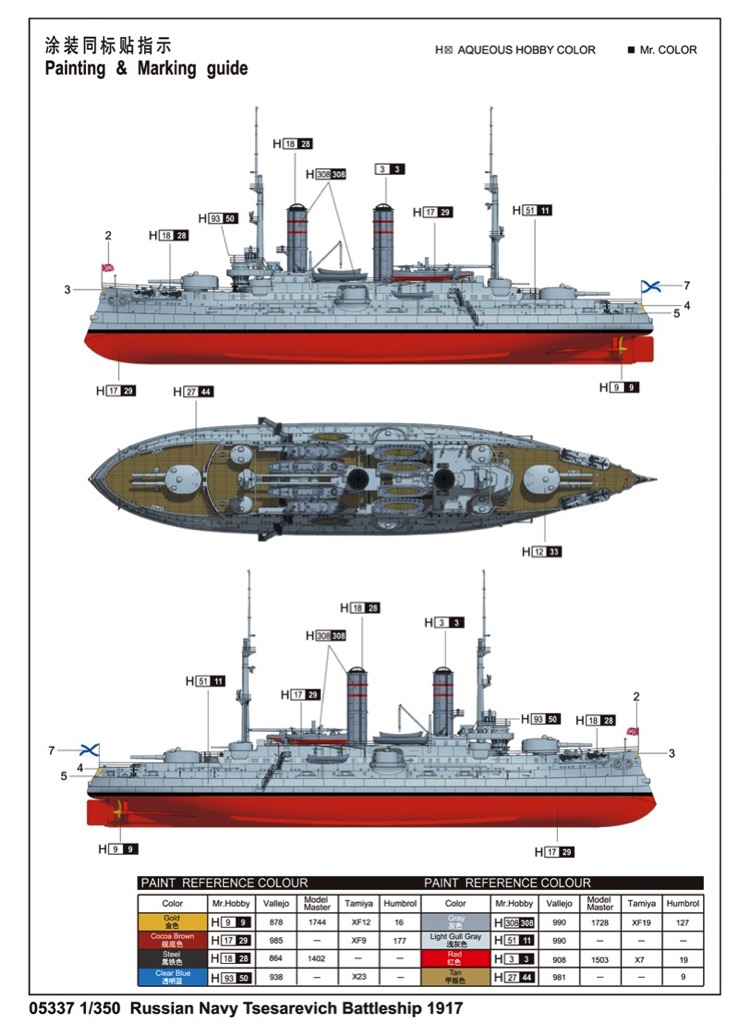 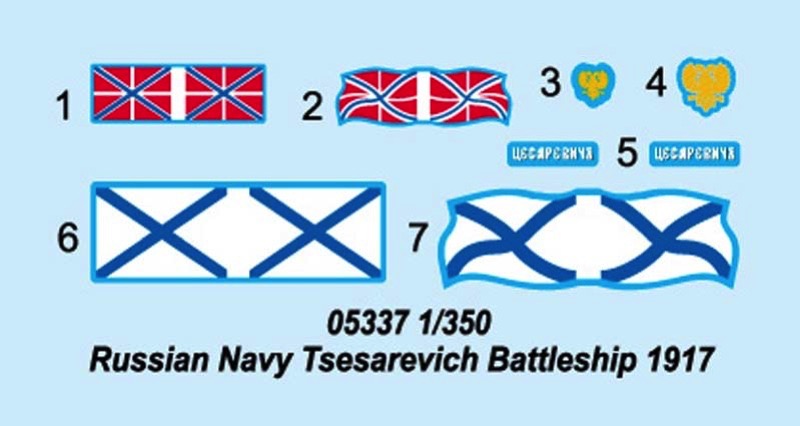 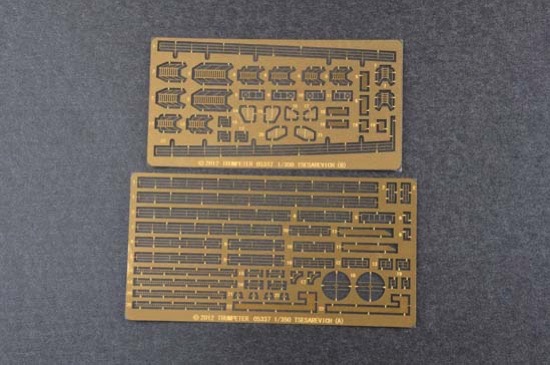 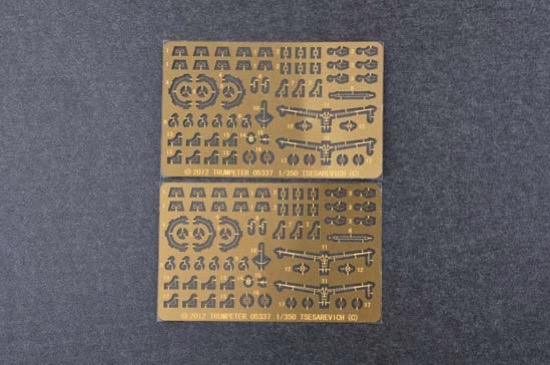 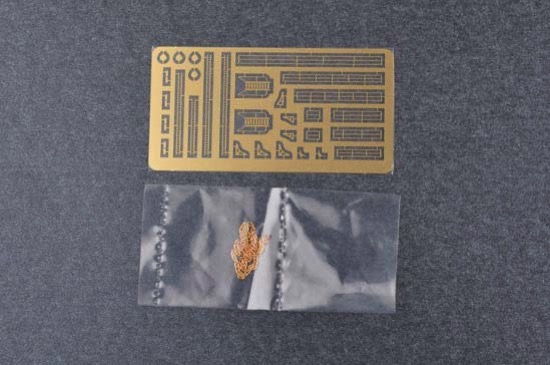 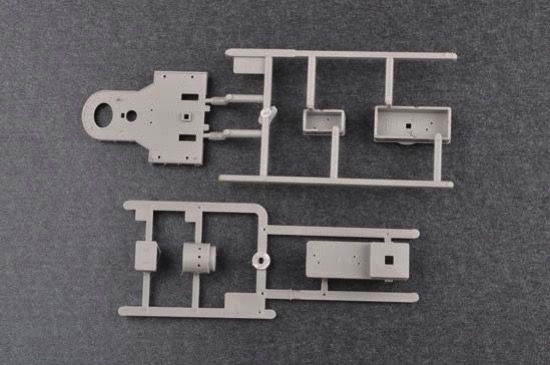 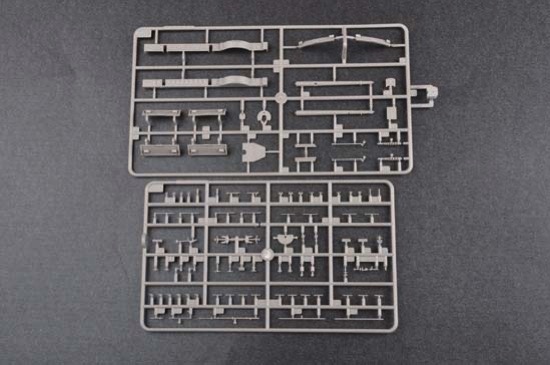 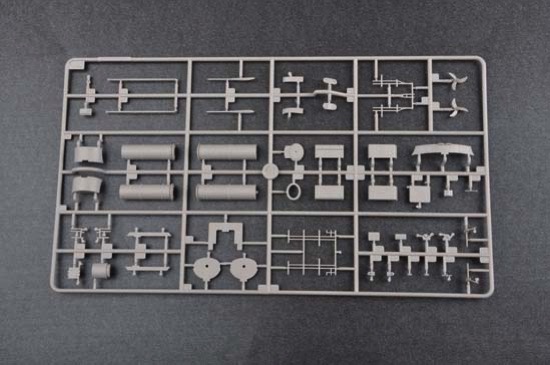 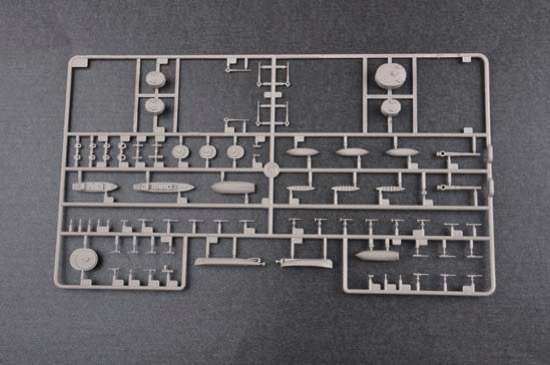 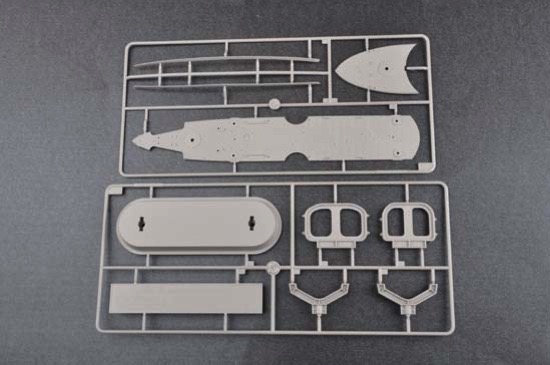 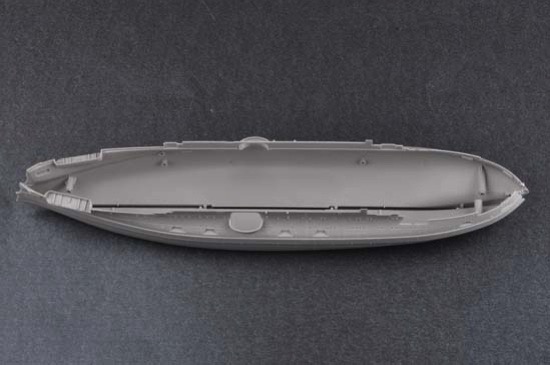 DISCONTINUED This product has been discontinued
and is no longer available.List price: $89.95
You pay: $59.99
(All prices in U.S. Dollars)

Tsesarevich was a pre-dreadnought battleship of the Imperial Russian Navy, built in France at the end of the 19th century. The ship's design formed the basis of the Russian-built Borodino-class battleships. She was based at Port Arthur, Manchuria after entering service and fought in the Russo-Japanese War of 1904-05. Tsesarevich was the flagship of Admiral Wilgelm Vitgeft in the Battle of the Yellow Sea and was interned in Tsingtau after the battle.

After the end of the war, the ship was transferred to the Baltic Fleet and helped to suppress the Sveaborg Rebellion in mid-1906. While on a Mediterranean cruise, she helped survivors of the 1908 Messina earthquake. Tsesarevich was not very active during the early part of World War I and her bored sailors joined the general mutiny of the Baltic Fleet in early 1917. Now named Grazhdanin, the ship participated in the Battle of Moon Sound in 1917, during which she was lightly damaged. The ship seized by the Bolsheviks during the Russian Revolution in late 1917 and decommissioned the following year. Grazhdanin was scrapped in 1924-1925.