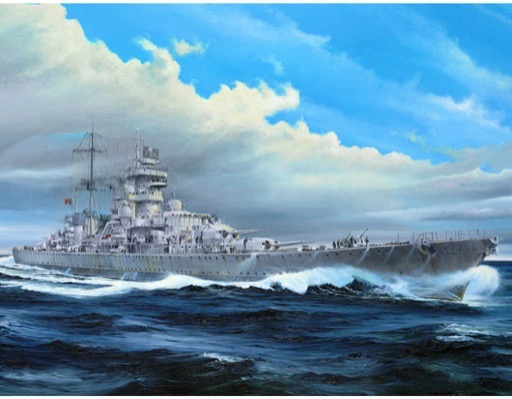 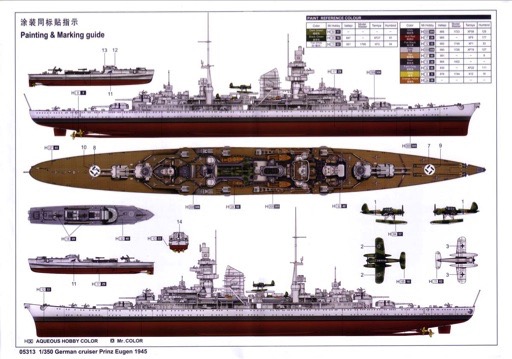 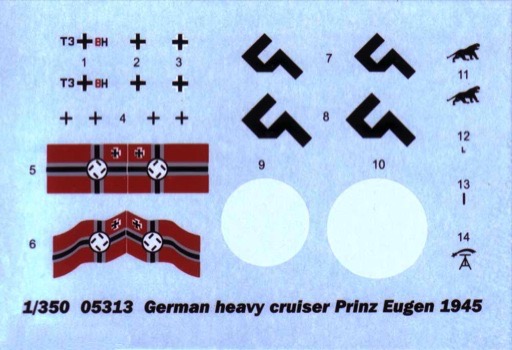 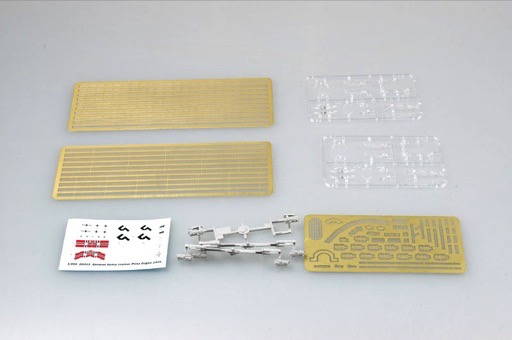 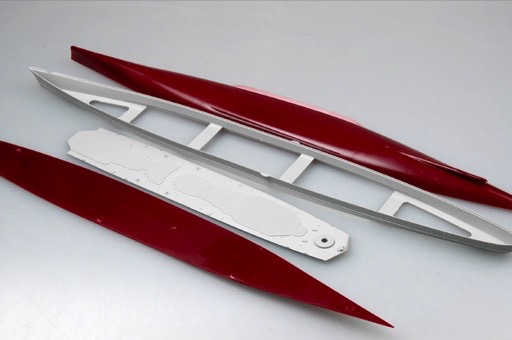 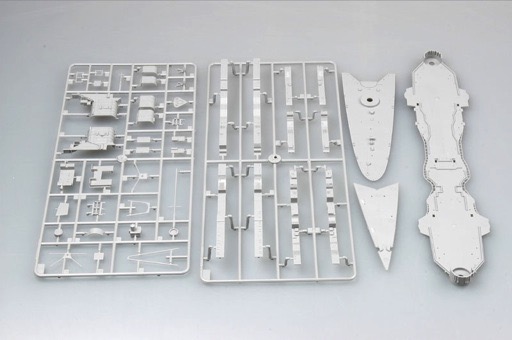 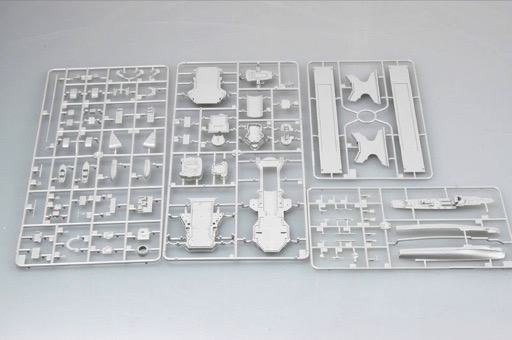 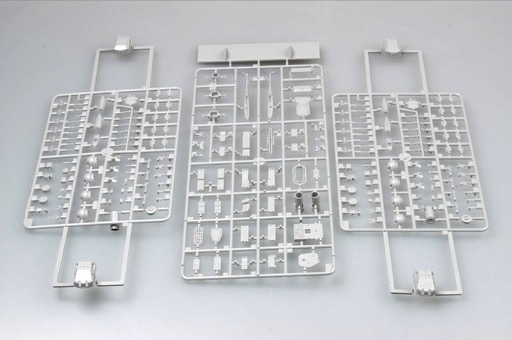 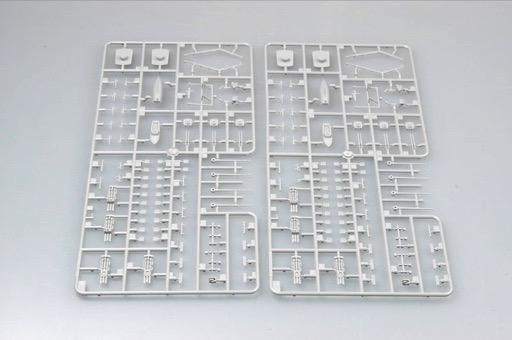 The Prinz Eugen was the third and last heavy cruiser commissioned by the Kriegsmarine. Her North Atlantic sortie with Bismarck and the sinking of the Hood in April 1941 earned her a place in history. In February 1942, the Prinz Eugen together with the battleships Scharnhorst and Gneisenau, successfully passed through the English Channel on her way back to Germany. Shortly afterwards, while en route to Norway she was torpedoed and damaged by a British submarine. The ship was not ready for service until the beginning of 1943, and then used for training purposes in the Baltic. In 1944-1945, the Prinz Eugen was used for shore bombardment off the Baltic coast against the advancing Soviet troops to cover the evacuation of refugees. Although heavily damaged on several occasions, but her crew fondly remember her as "the lucky ship." Prinz Eugen was the only heavy surface unit of the Kriegsmarine to survive WW2 intact.