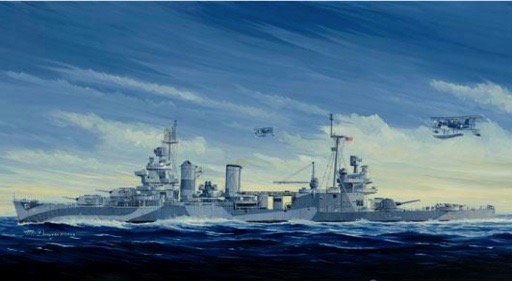 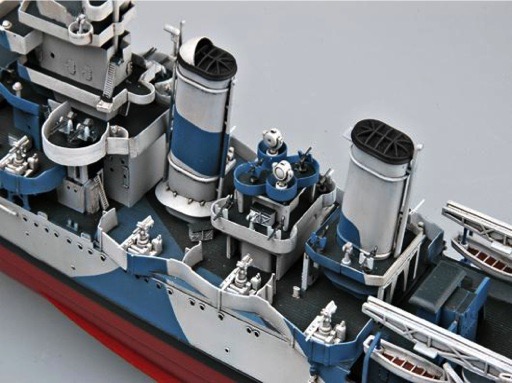 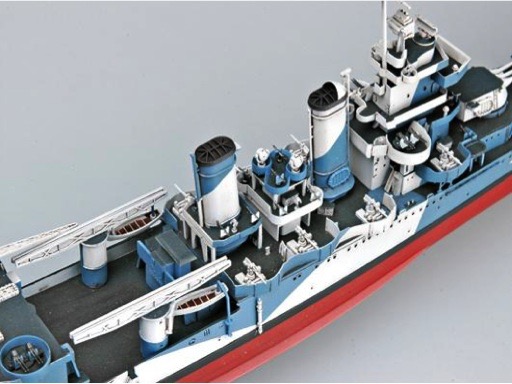 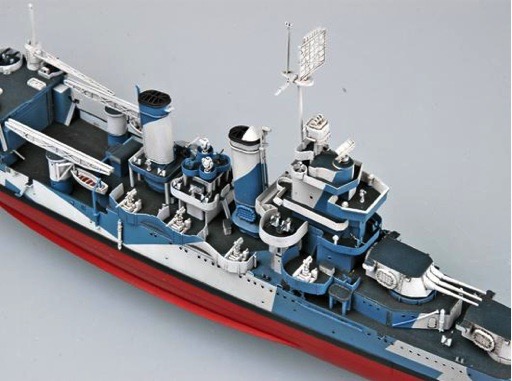 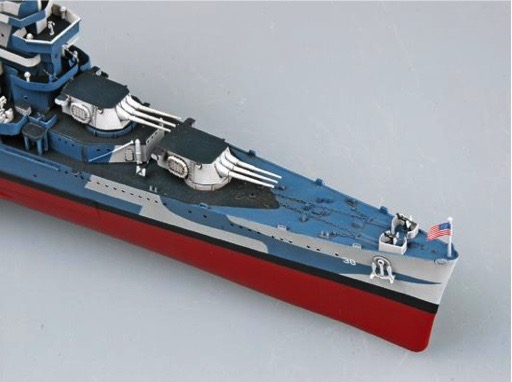 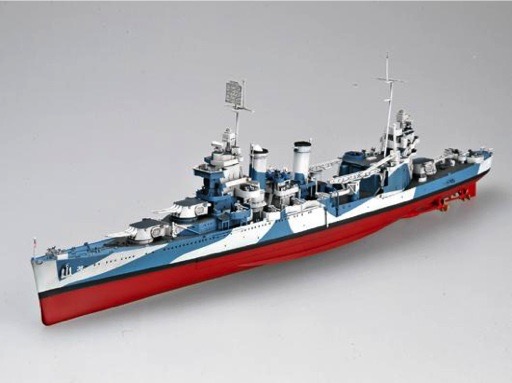 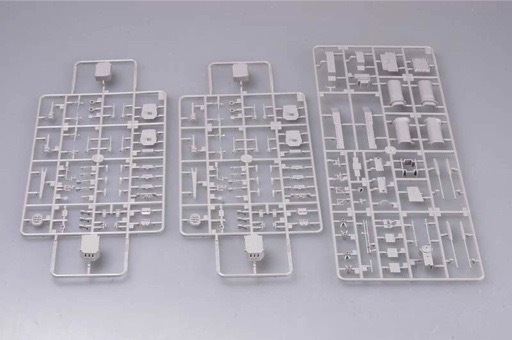 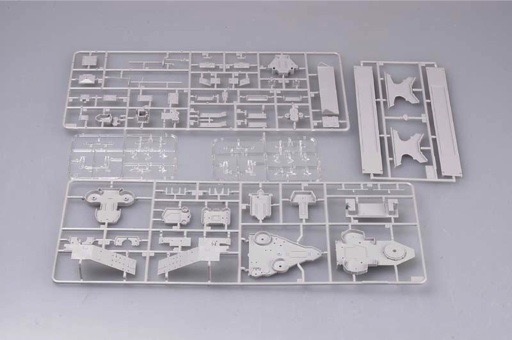 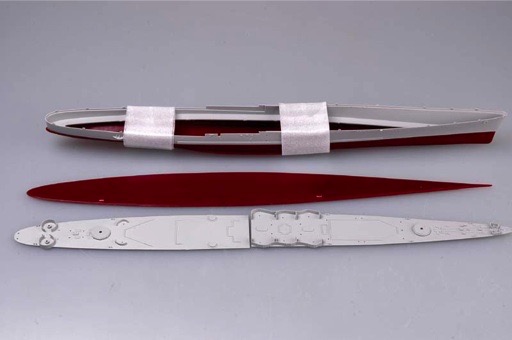 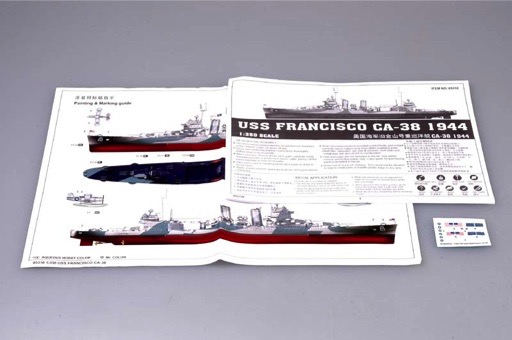 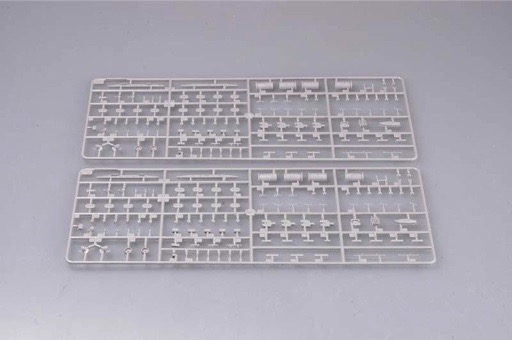 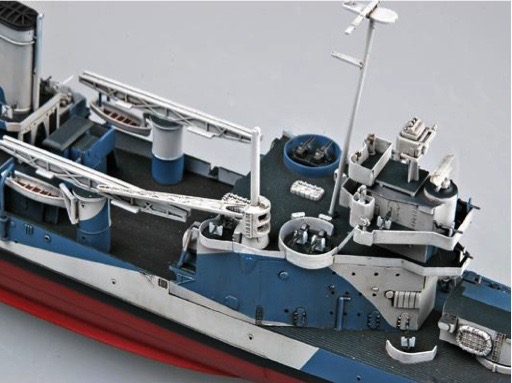 SAN FRANCISCO, the second ship of NEW ORLEANS class, was launched in 1933 and commissioned in February 1934. In October 1941 she was taken in for a refit at Pearl Harbor Navy Yard. When the Japanese surprise attack came on December 7, 1941, she was still under repair, immobile and without air defense. A hastily repaired SAN FRANCISCO joined a task force to relieve Wake Island, but failed to arrive before the island fell to the enemy. In August, 1942, the cruiser covered for carrier in the Guadalcanal offensive. On November 13, her task force blundered into a superior enemy force: the ship suffered major damage and the loss of 83 crewmen. She was decommissioned in 1947. SAN FRANCISCO was awarded 17 Battle Stars, making her the second most decorated ship in USN history.