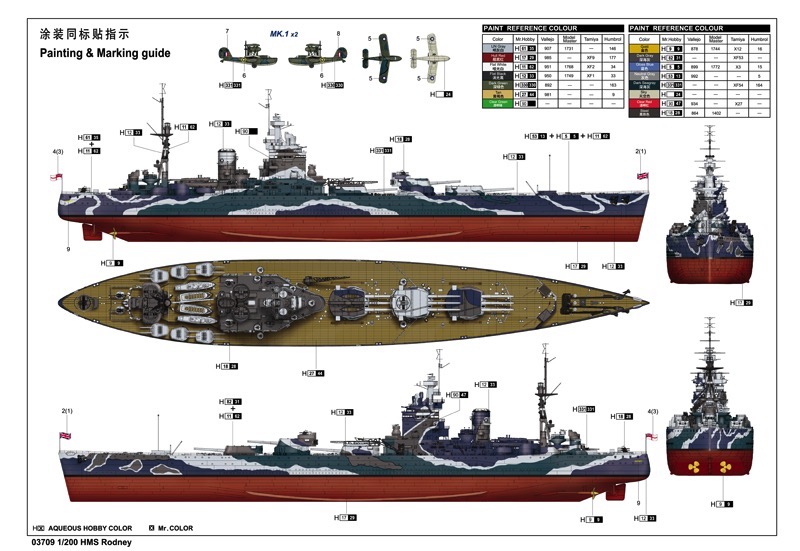 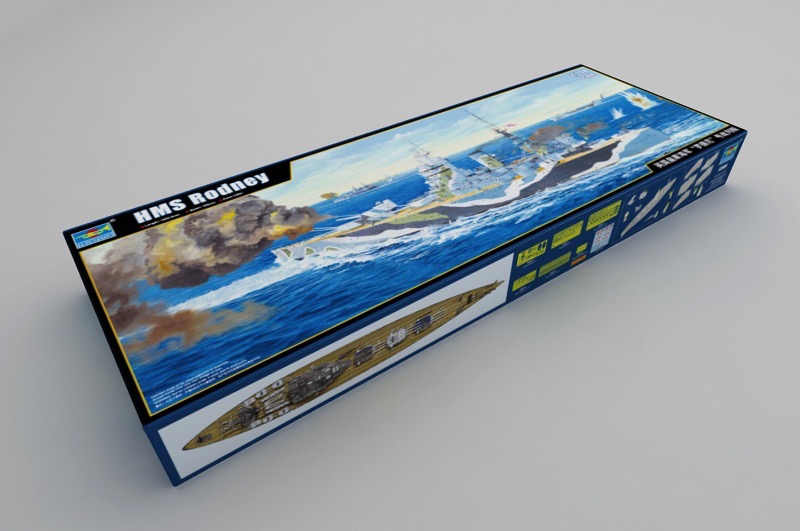 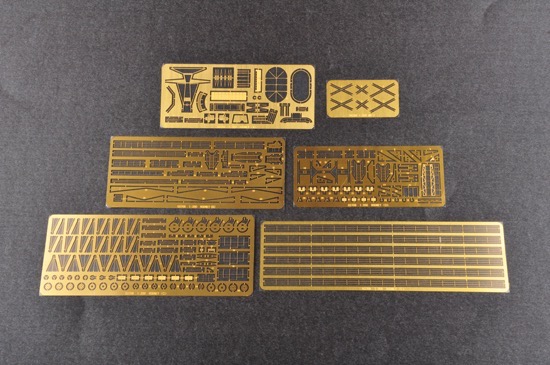 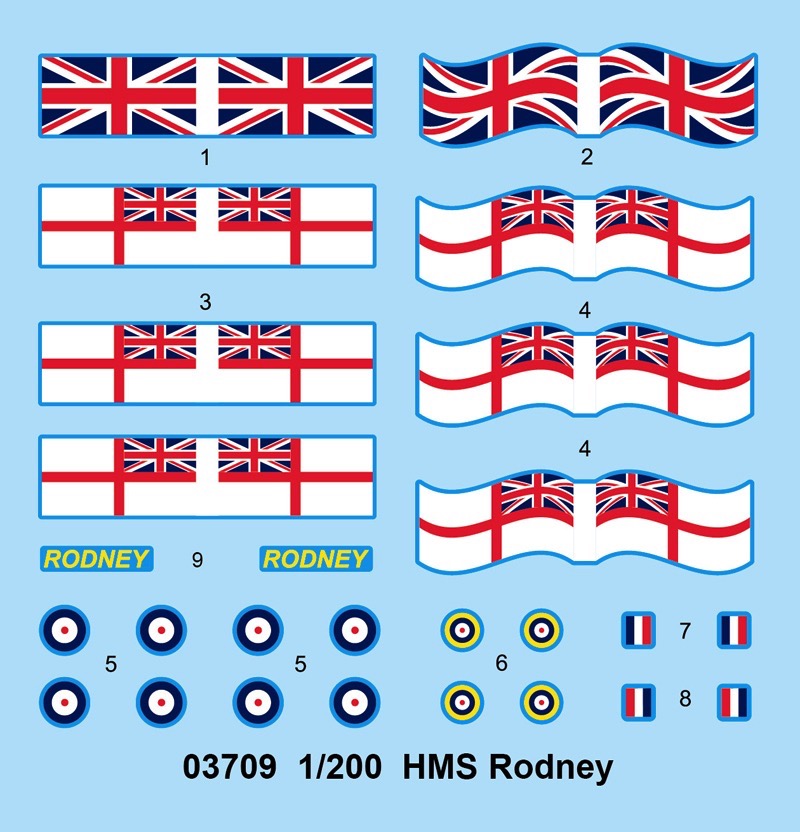 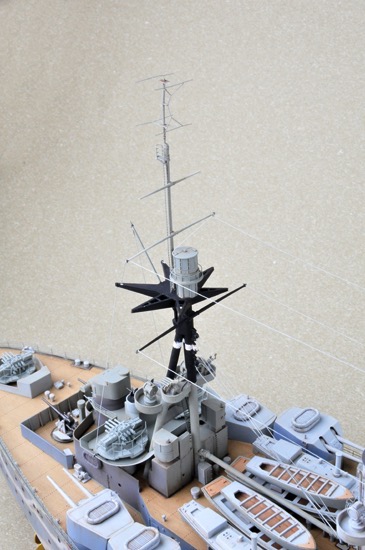 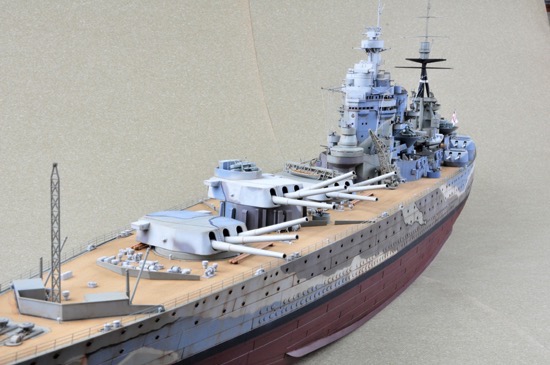 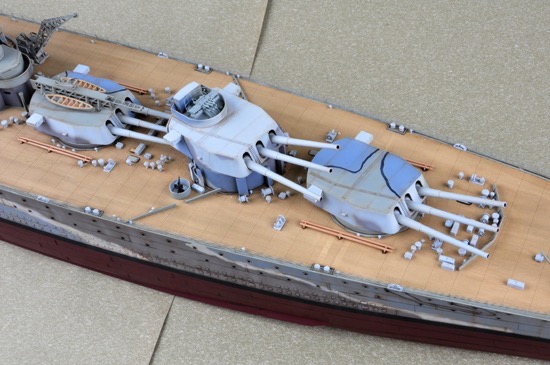 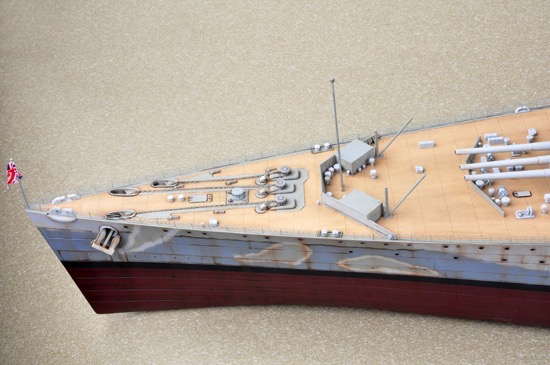 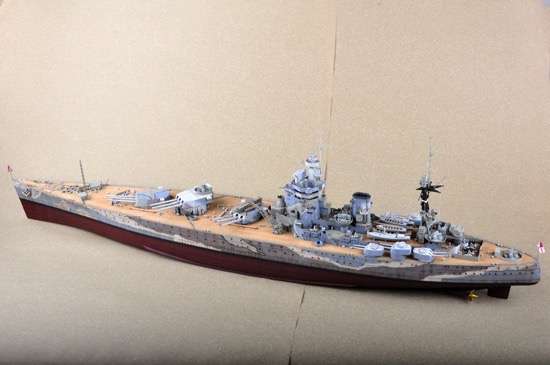 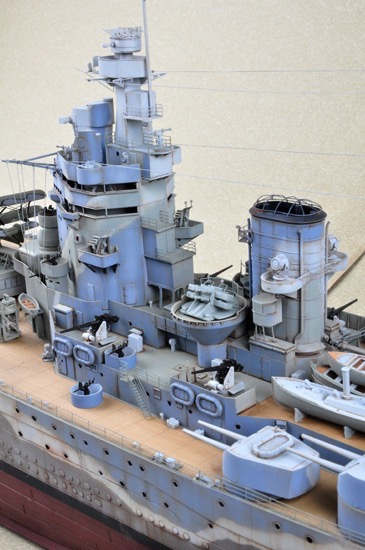 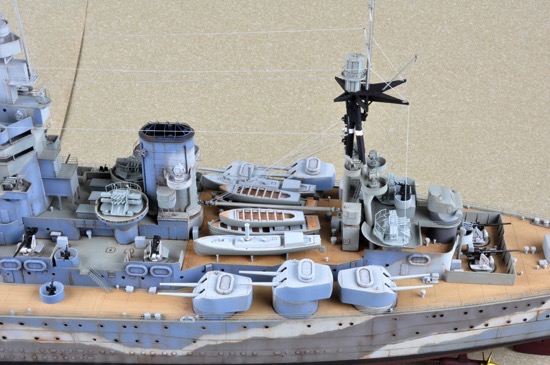 HMS RODNEY was laid down at the Cammell Laird shipyard in Birkenhead on December 28th 1922, launched on December 17th 1925, and commissioned on November 10th 1927. Named after the 18th and 19th century British Admiral Rodney.

During the Norwegian campaign of April 1940 RODNEY was hit by a 500kg bomb dropped by a German bomber, but was repaired and continued in service. In late 1940 RODNEY searched for but missed the German Pocket Battleship ADMIRAL SCHEER following its sinking of JERVIS BAY. On May 27th 1941 RODNEY took part in action which resulted in the sinking of the German battleship BISMARCK, firing almost 380 rounds of 16-inch shells. From late 1941 through 1942 RODNEY was deployed to the Mediterranean as a convoy escort with sister ship NELSON. Following the invasion of Sicily in 1943, RODNEY was the first British battleship to enter Malta since 1940, and was active in the Salerno landing of September 1943.

RODNEY was held in reserve at the Normandy landings of June 6th 1944, but from June 7th until July 9th 1944 RODNEY pounded the beachhead with more than 500 16-inch rounds and many hundreds of 6-inch and 4.7-inch shells.

After the war ended in 1945, RODNEY was transferred to Reserve and sold for scrap in 1948.