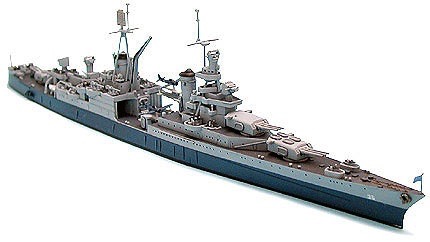 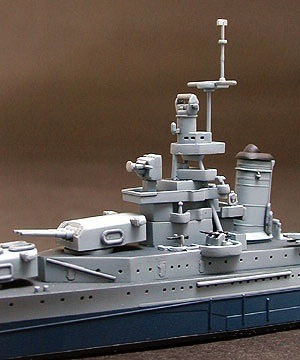 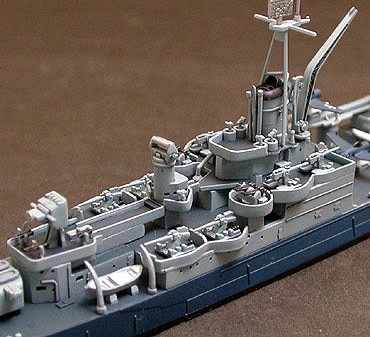 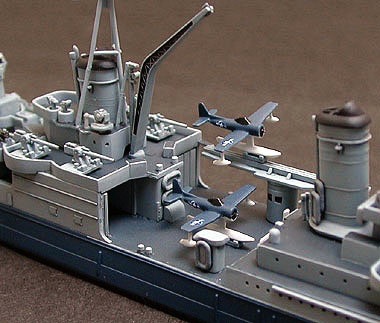 Backordered (Sign up for an email
notification when it's
back in stock!)List price: $40.00
You pay less than: $32.00
Add to cart to see actual sales price.

History about Indianapolis
The U.S. Navy heavy cruiser, Indianapolis, was commissioned at the Philadelphia Navy Yard on November 15, 1932. On the opening day of the Pacific War, December 7, 1941, as flagship of Scouting Force, US Fleet, she was making a simulated bombardment near Hawaii. In March 1943, she became flagship of Admiral Raymond Spruance, Commander Fifth Fleet which consisted of Task Force 58 plus 130,000 marines and army troops. Leading the giant fleet, she participated in most of the major Central Pacific campaigns. In March 1945, she was severely damaged and returned to Mare Island for repairs. For the 2 months period of repairs, her equipment was renewed and much improved with the latest radar, electronic gun sights and new Curtiss Seahawks. After the repairs, she loaded secret cargo and personnel at San Francisco, and sailed for Tinian Island on July 16 , where a B29 bomber base was located, , and arrived there to unload the cargo and personnel on July 26. Then 4 days later, on July 30, she sunk taking 2 torpedo hits from the submarine I-58.

She served with honor from Pearl Harbor through the last campaign of World War II, sinking in action two weeks before the end of the war, and earned ten battle stars.