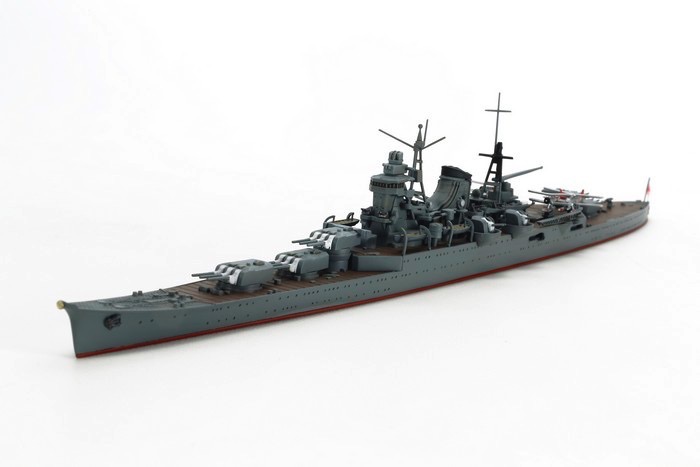 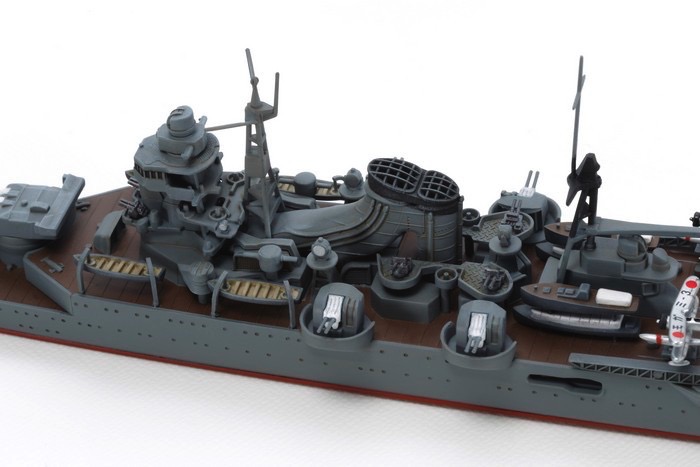 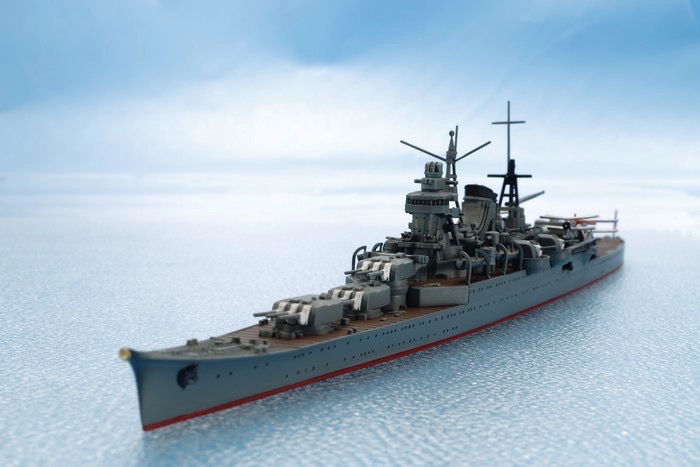 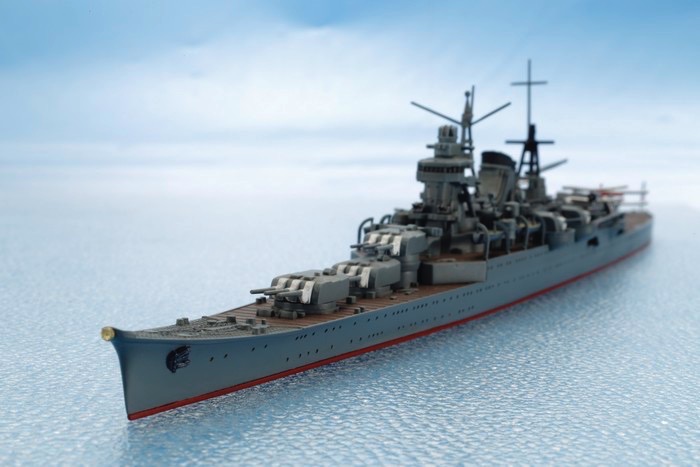 This model of the Mogami depicts the boat as a light cruiser. The Mogami was used in a number of roles during its service. Laid down in 1931 at Kure, she was launched on March 14, 1934 as the first of the "Mogami" class ships. Her early life was far from smooth sailing, however: problems with stability and hull durability saw her quickly sent back for overhaul in April 1936. From its completion in February 1938, to 1939 she was used as a light cruiser - depicted by this model. Later, she had 2 further refits and was used as a heavy cruiser and even a carrier, taking part in the Battle of Midway (1942) and the Battle of Leyte Gulf (1944). She met her end in the latter battle. Features: