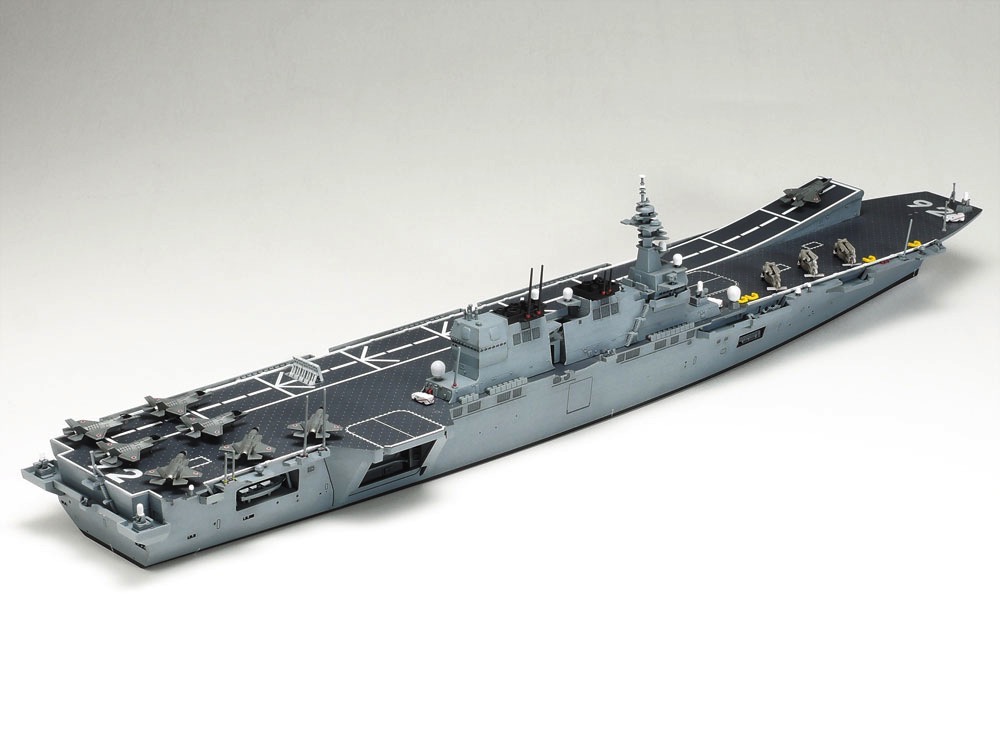 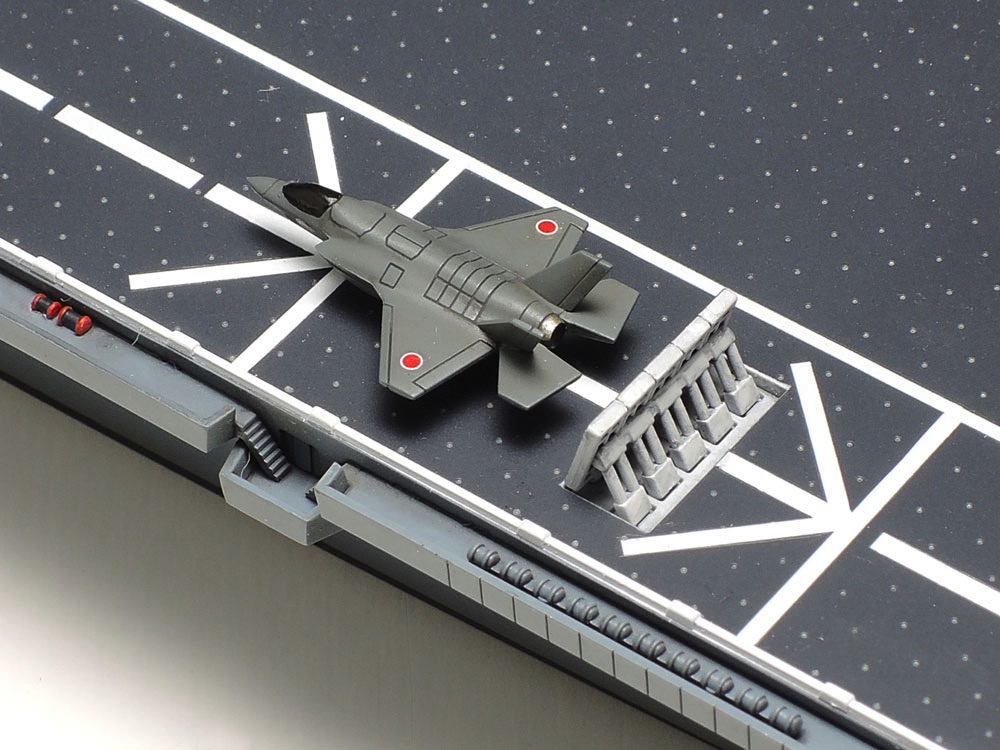 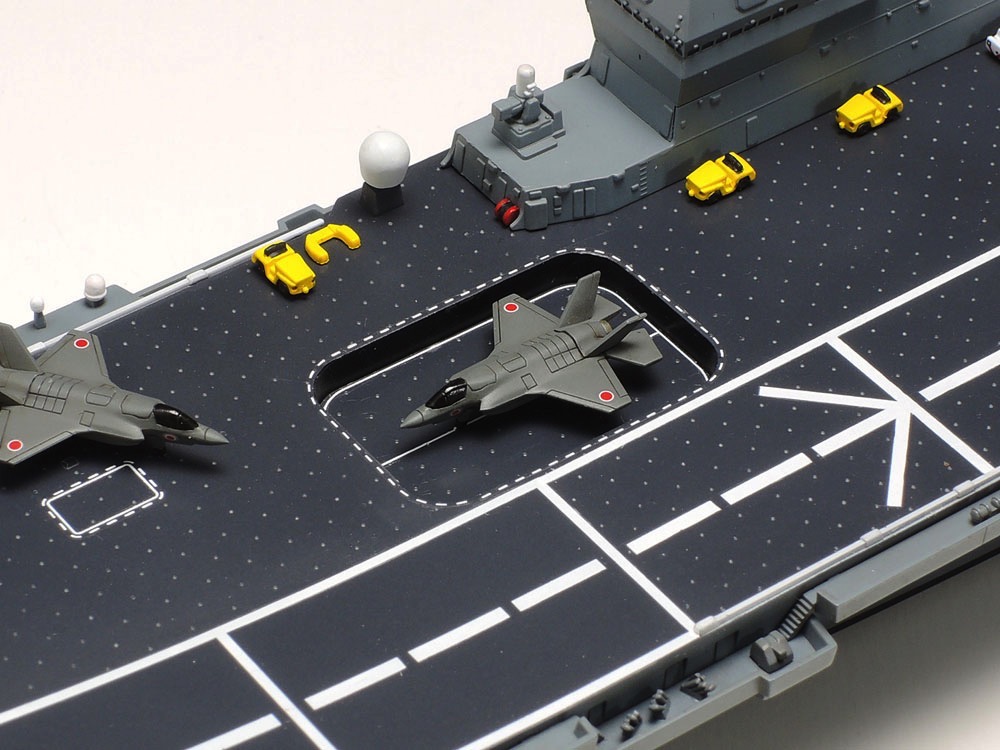 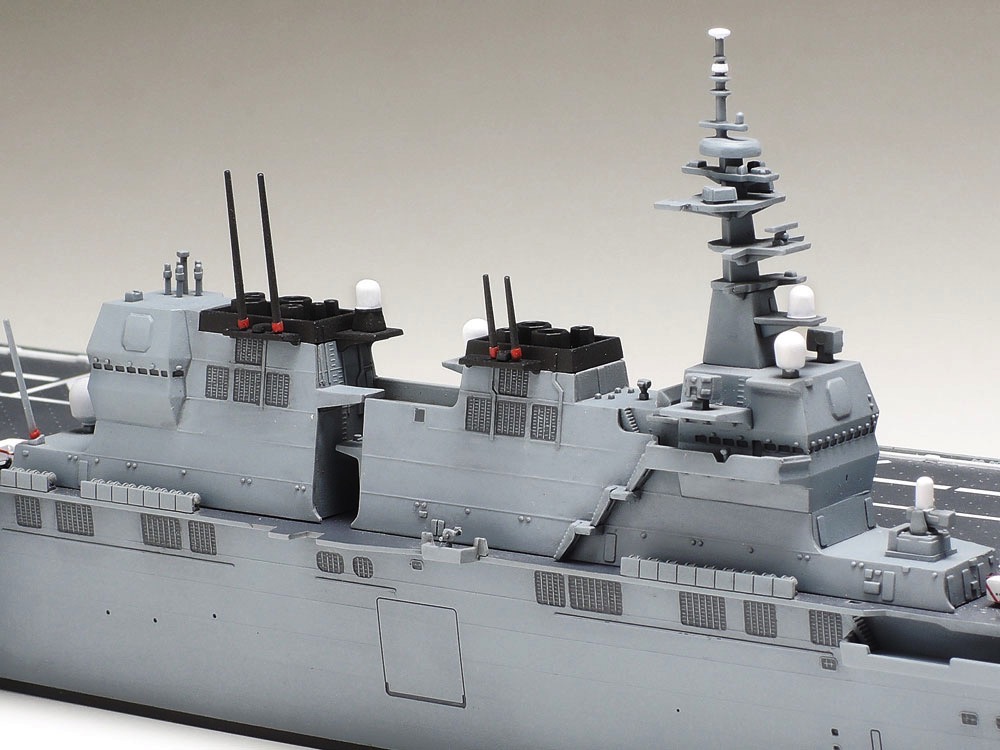 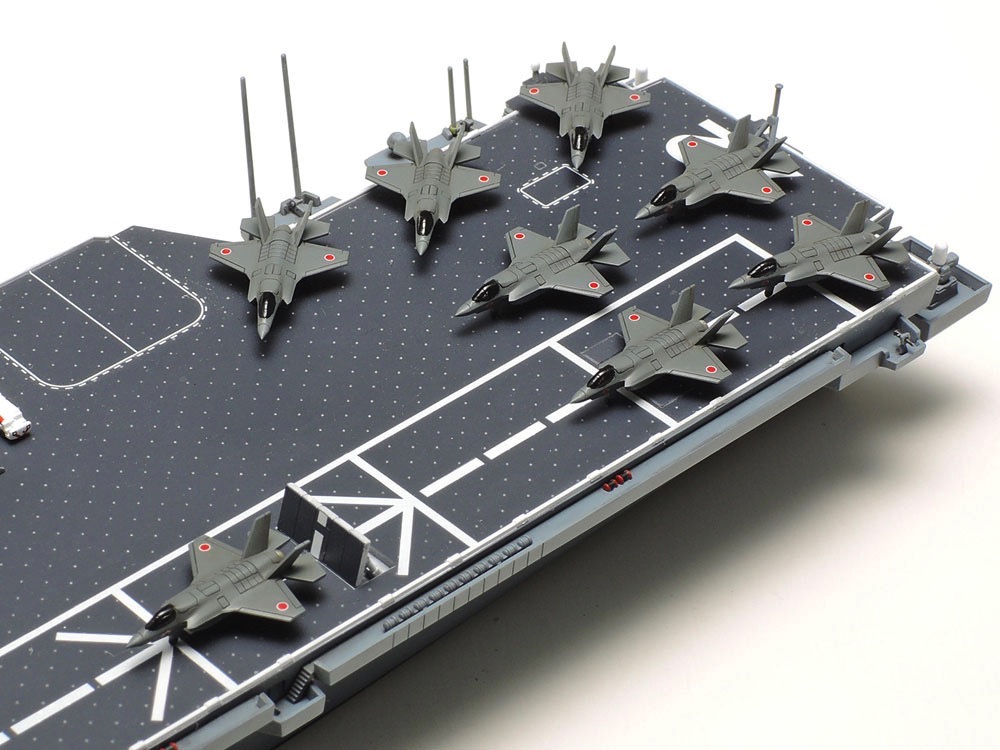 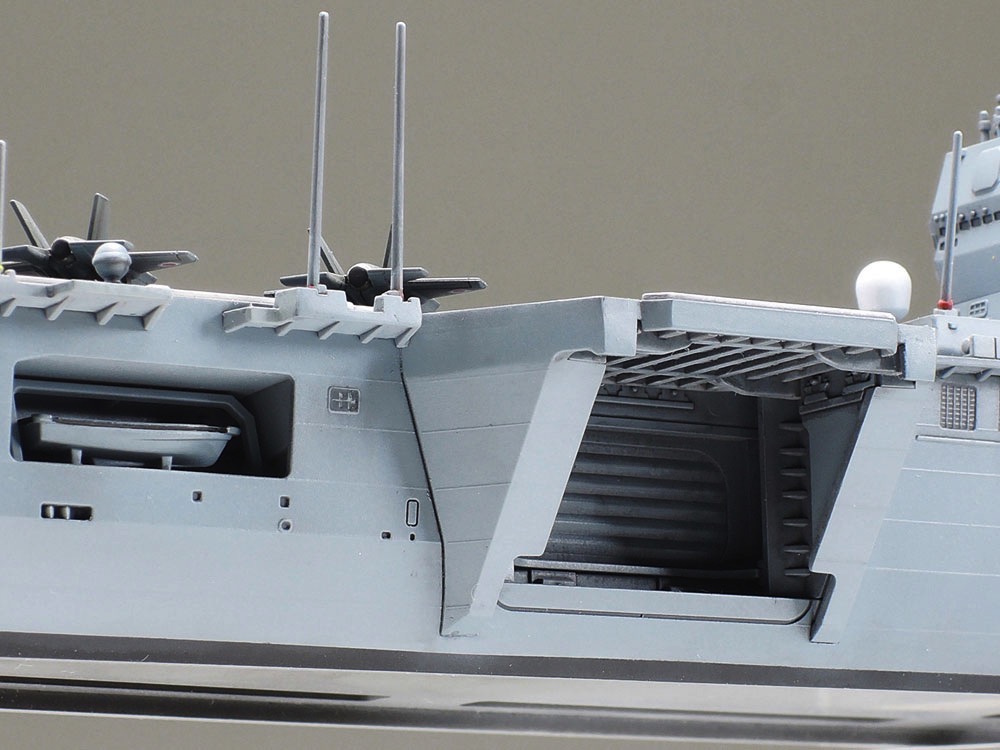 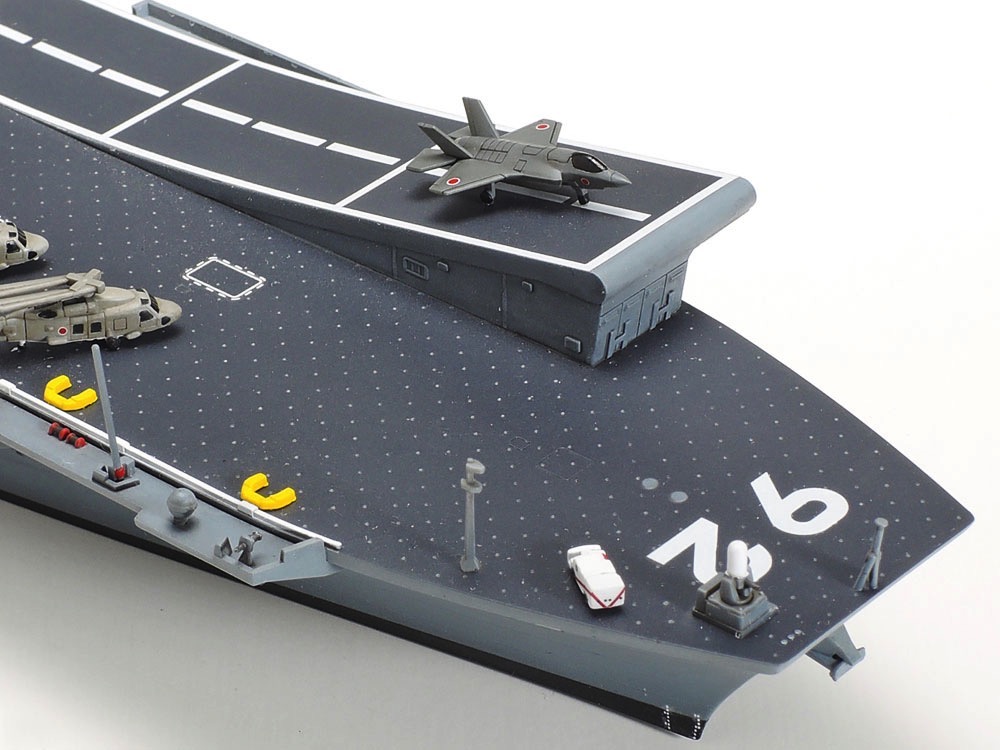 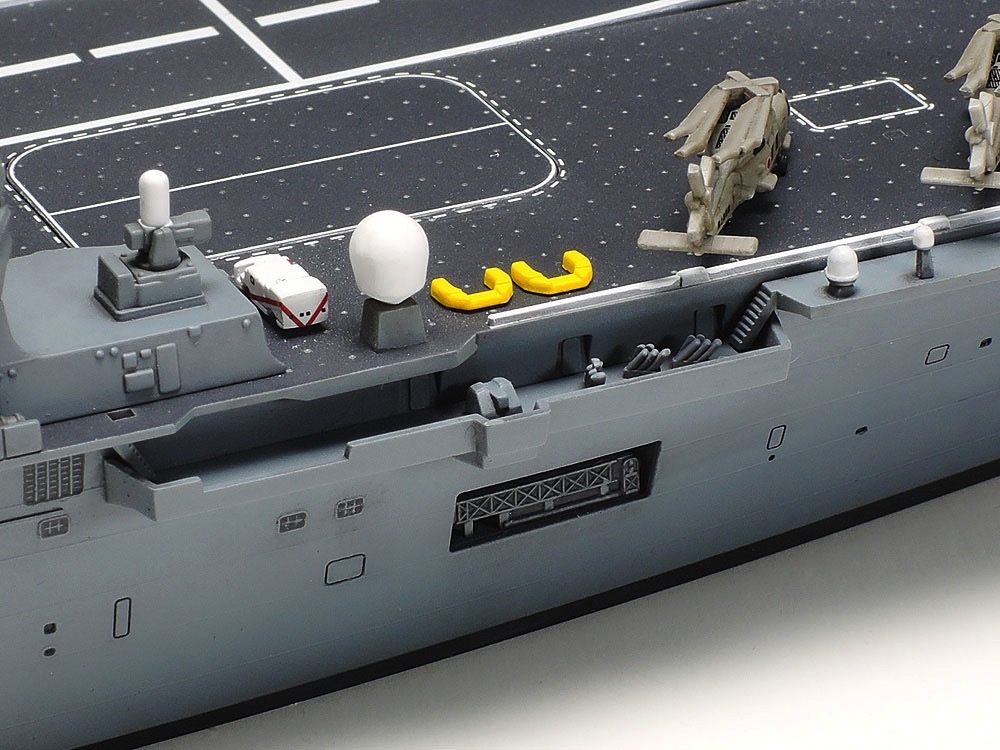 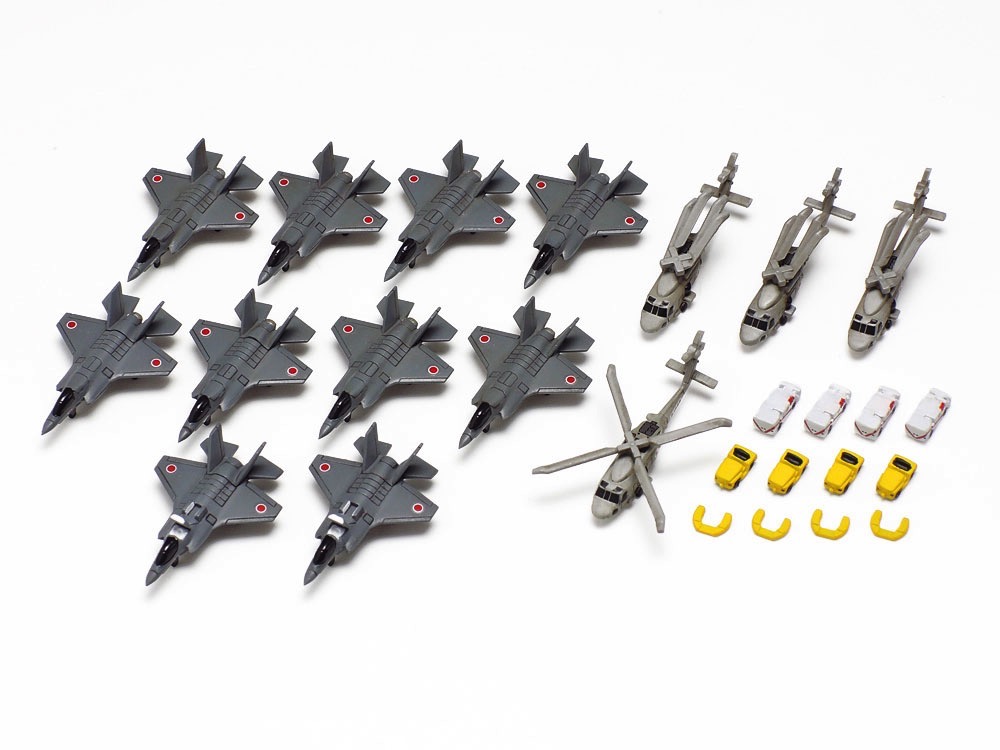 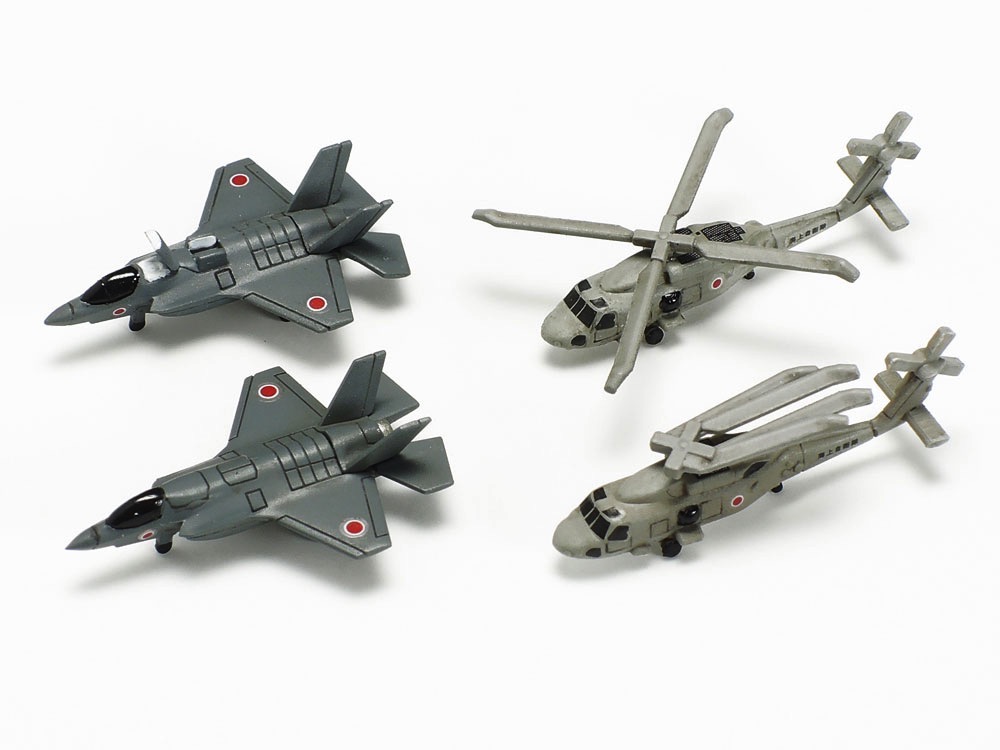 The Ibuki Sails:
DDV192 Ibuki is a fictional aircraft carrier from the comic "Kubo Ibuki" (Aircraft Carrier Ibuki) penned by Kawaguchi Kaiji (with support from Eya Osamu), which was first serialized from the December 2014 issue of Shogakukan publication Big Comic. A live action movie is planned in 2019. This model assembly kit recreates one of the central figures of the story, the Ibuki aircraft carrier, rendering it in great detail in compact 1/700, with study of the Izumo class helicopter destroyer that provided the base for the imaginary Ibuki.