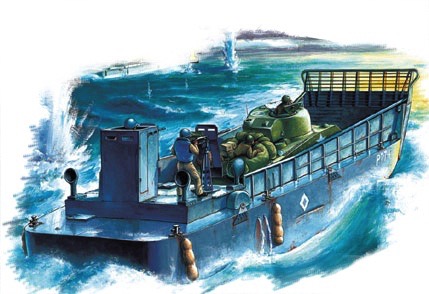 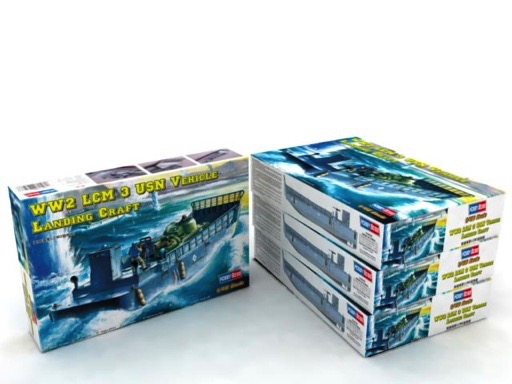 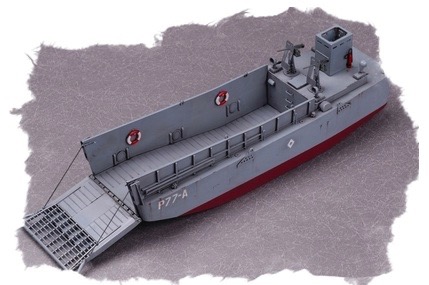 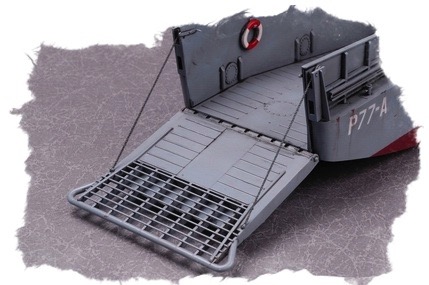 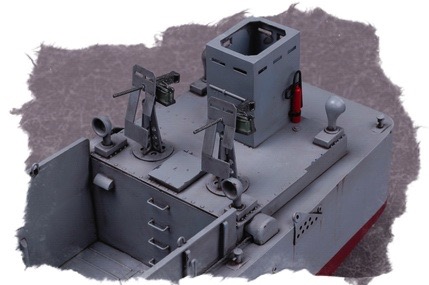 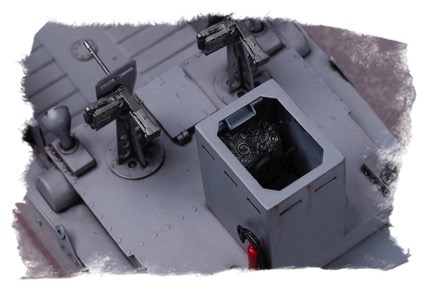 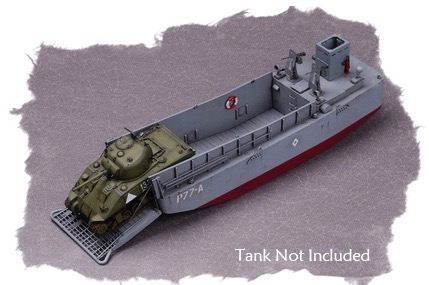 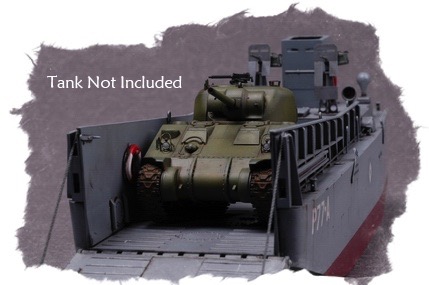 The LCM (Landing Craft Mechanized) saw more than 8,500 were built in American yards between 1942 and 1945. As Britain had no tank-carrying craft lighter than LCT (Landing Craft Tank), LCMs were also readily adopted by the Royal Navy.

LCMs could be either carried on ship davits, or towed across the English Channel. Due to the danger of swamping in rough seas, most LCMs were towed across the Channel and not loaded with troops until the morning of D-Day. LCMs could be readily identified by their unique perforated bow ramp.

As tanks grew larger and heavier, the LCM(3) was developed with a longer hull and greater buoyancy, which allowed a 30-ton tank to be carried. They could also handle up to 30 tons of cargo or 60 troops. The LCM(3) had a crew of 4 men and was armed with two 50-caliber machine guns.

The LCM(3) was not designed for the crew to live aboard and it remained dependent upon a parent ship over long periods of time. As well as taking part in the D-Day landings LCM(3)s were also used in large numbers in the Pacific Island campaigns and the crossing of the Rhine in Germany.