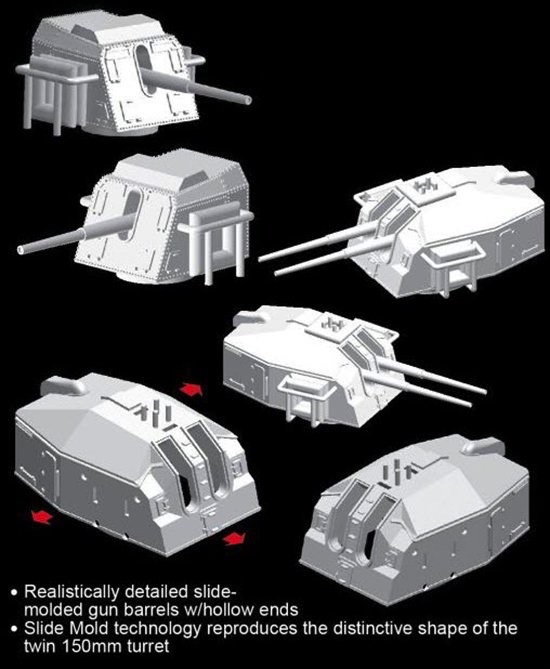 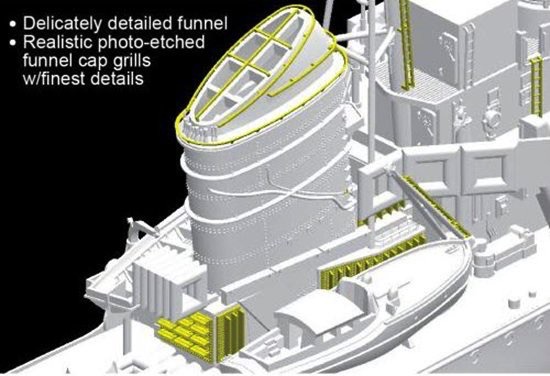 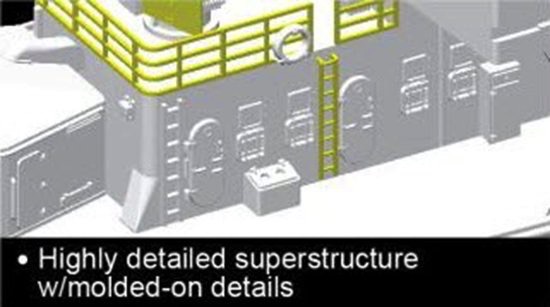 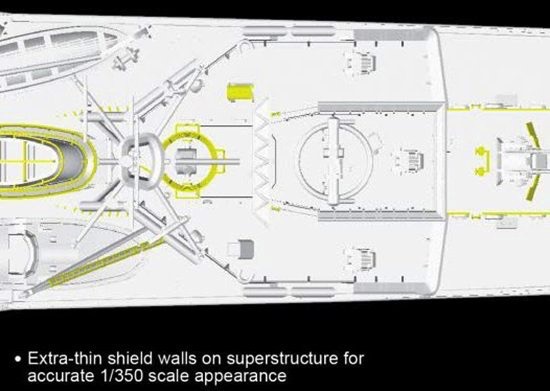 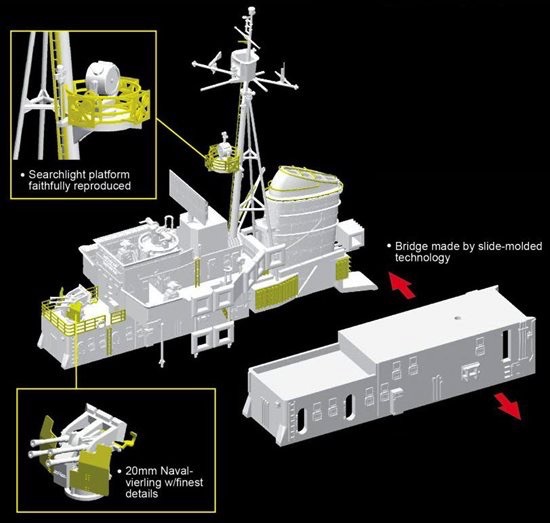 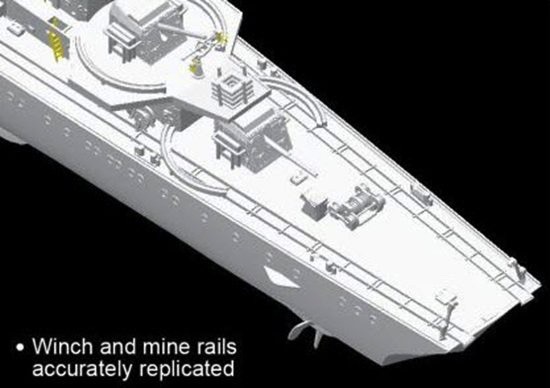 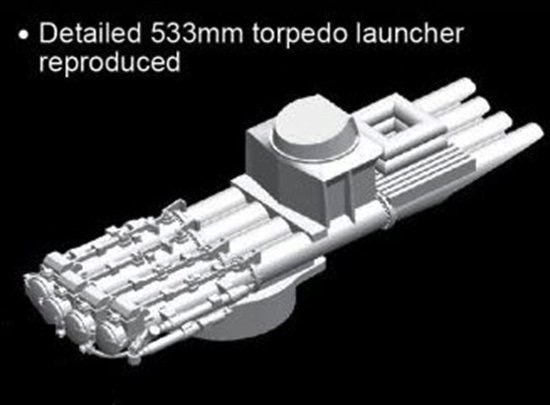 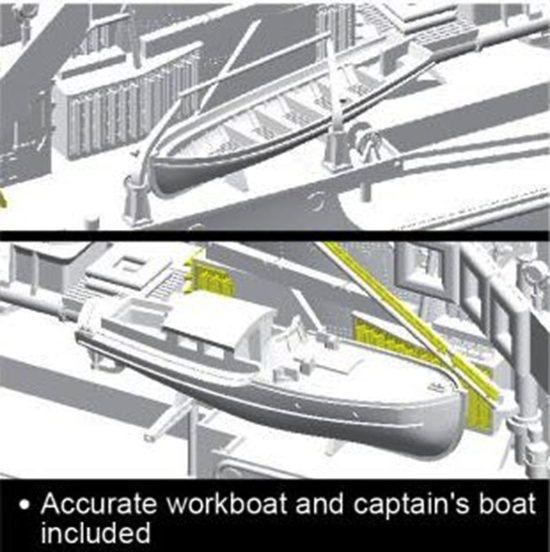 Germany produced 15 Zerstorer 1936A-class destroyers. They were actually closer in size to a light cruiser than a destroyer, and notably they were known only by their hull numbers and didn't receive any names. The 3,597-ton Z32 was laid down at the DeSchiMAG shipyard in Bremen on 1 November 1940, before being commissioned on 15 September 1942. Z32 and two accompanying ships were ordered to sail to Brest soon after the D-Day landings. The Allies intercepted the radio order and Canadian Beaufighters were dispatched to attack the ships steaming through the Bay of Biscay. Z32 was slightly damaged but reached Brest, before departing again for Cherbourg. During a major naval engagement, she was damaged by the Canadian ships HMCS Haida and HMCS Huron in the Battle of Ushant on 9 June 1944, off the coast of Brittany. She was destroyed by air attack after beaching herself on the coast.

Dragon has earlier offered 1/350 scale kits of the Z31, Z38 and Z39 destroyers, and the trio is now being joined by their sister, Z32. This new kit comes with a brand new hull (which can be assembled as a full-hull or waterline-hull kit) beautifully created by slide mold. This hull includes degaussing cables, which were added to ships to reduce their magnetic field and so reduce the risk from magnetic torpedoes and mines. As with Dragon's other Z-series destroyers, this kit is produced with the highest levels of engineering excellence, and its makes sensible use of other elements from these kits. A comprehensive selection of photo-etched parts is available to upgrade the sophisticated plastic components too. This is a stunning kit of another Kriegsmarine warship, one that had an interesting combat experience.