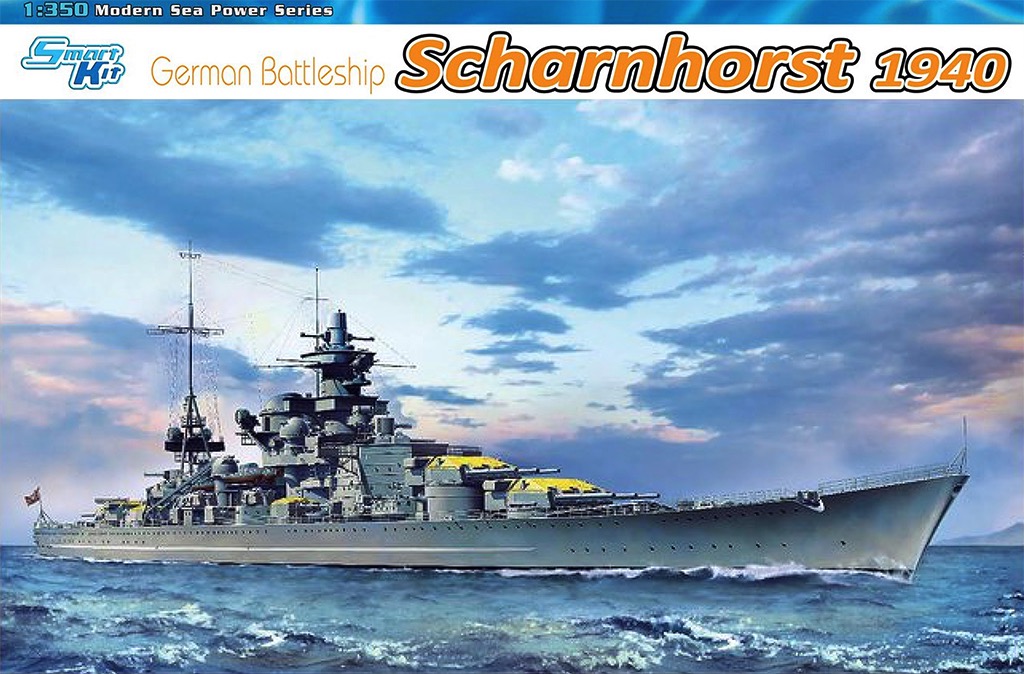 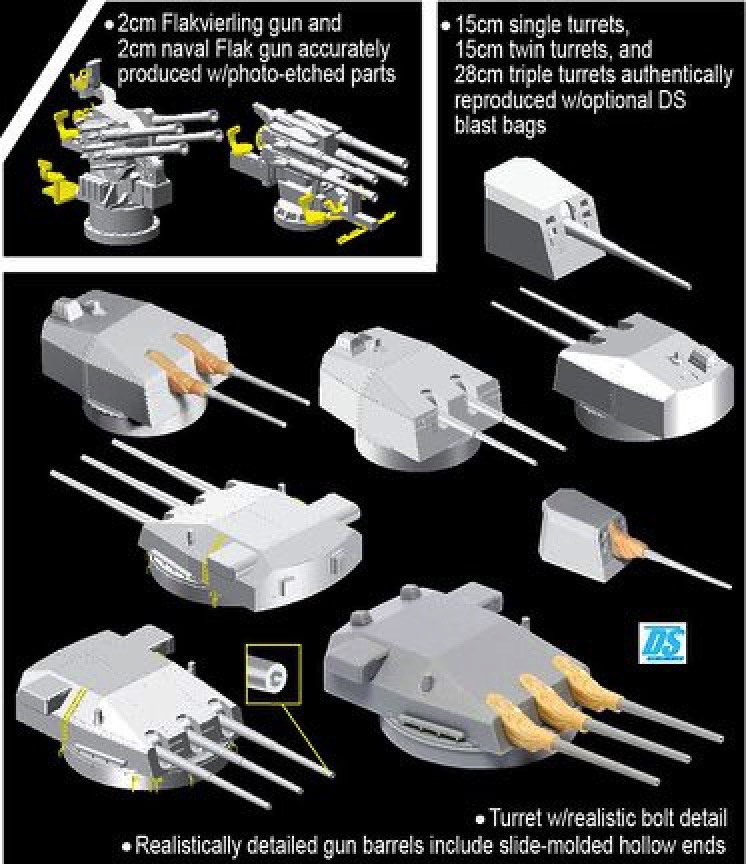 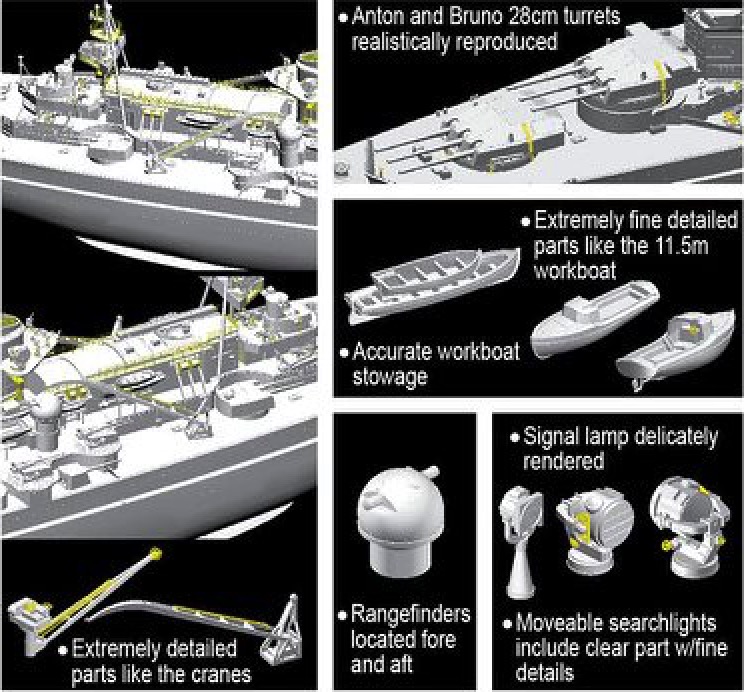 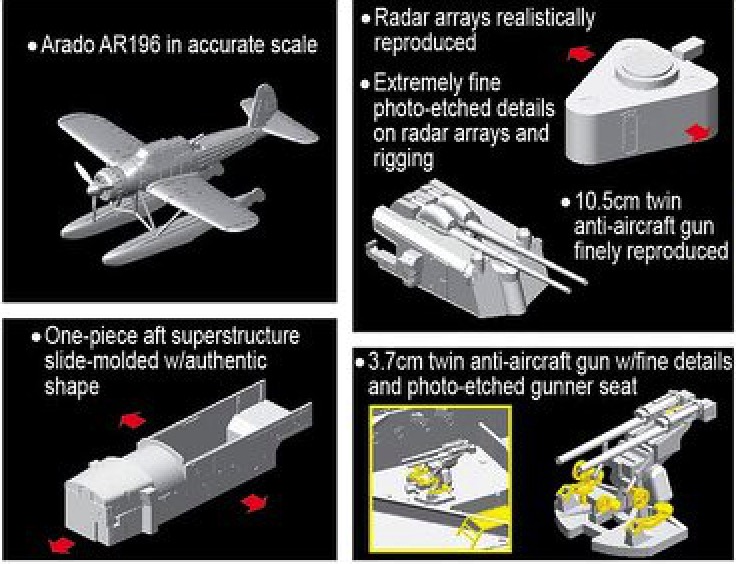 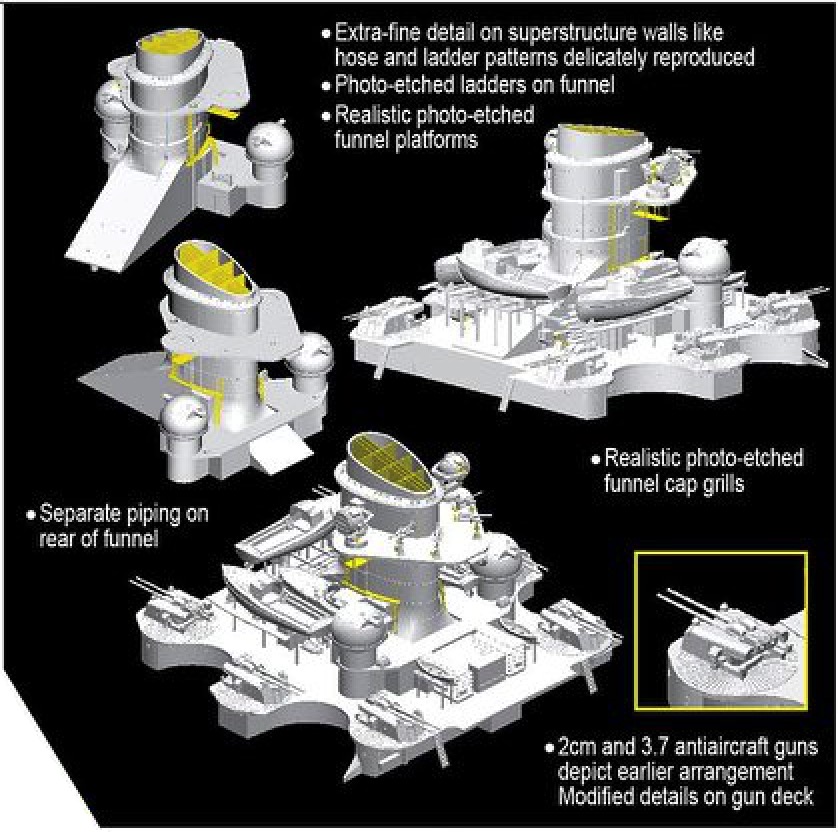 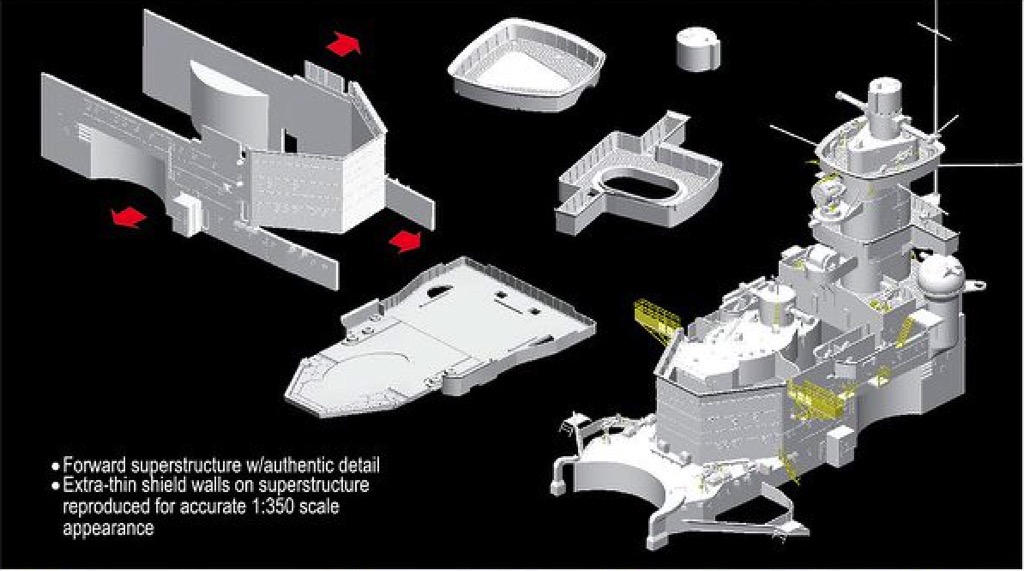 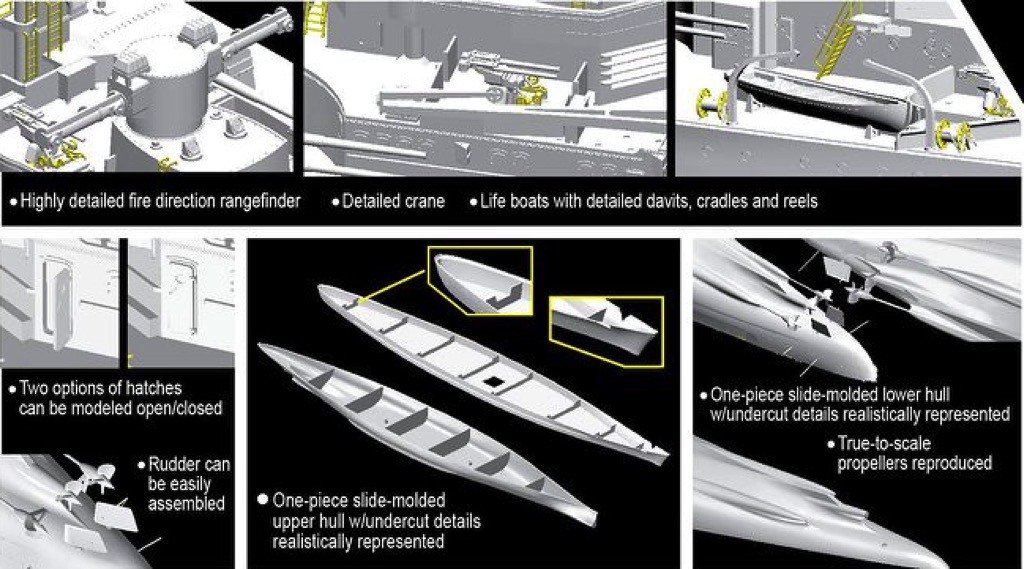 DISCONTINUED This product has been discontinued
and is no longer available.List price: $199.95
You pay: $135.99
(All prices in U.S. Dollars)

In 2010 Dragon released the most stunning ship kit ever till that point - a 1/350 scale rendition of the famous German battleship Scharnhorst (Item No.1040). That was later joined by a kit of the 31,500-ton battleship as she appeared in 1941 (Item No. 1036), but now Dragon has turned back the clock even further.

This time it's launching an equally fabulous kit showing how the Scharnhorst looked in 1940. In 1940 she was involved in the invasion of Norway, during which she sank the British carrier HMS Glorious.

The size, accuracy, ease of assembly and inclusion of bonus parts have all contributed to the roaring success of Dragon's 1/350 scale kits of the Scharnhorst. Now the warship has been given an overhaul to backdate her to the correct configuration for the 1940 time period.