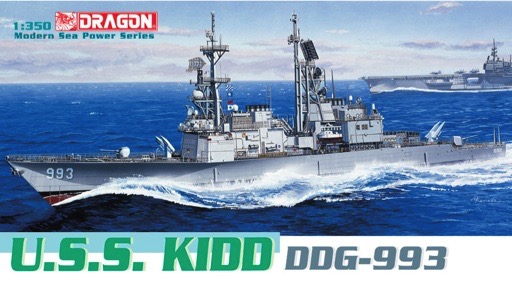 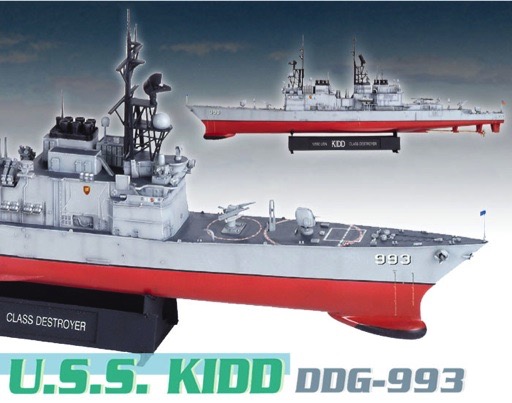 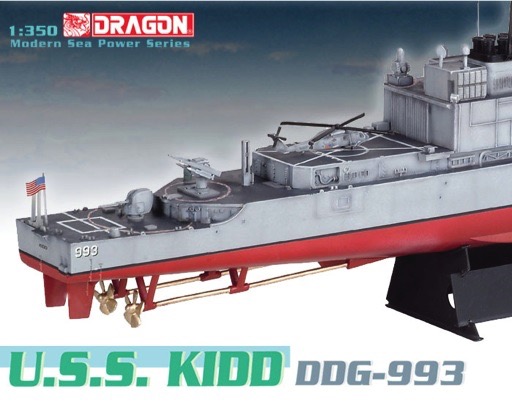 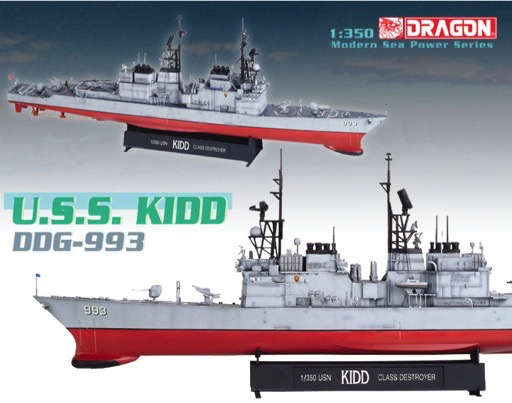 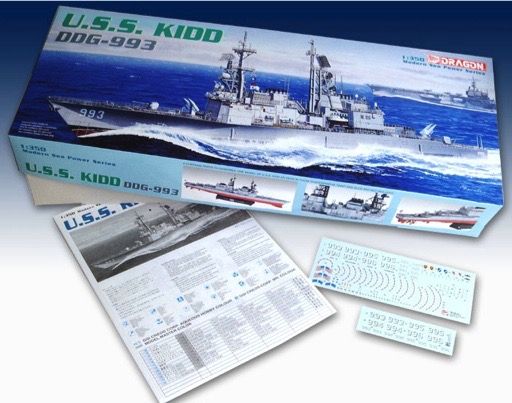 The U.S.S. Kidd (DDG-993) was commissioned on March 27th 1981. The four destroyers of the Kidd class were originally built for the Shah of Iran, and were acquired by the US Navy following the Shah's overthrow in 1979. The US Navy acquired them in 1981 and 1982 after they were canceled by the succeeding Iranian government. For this reason they are often referred to as the "Ayatollah class".

Built for action in the Persian Gulf, these ships are oriented for general purpose operations rather than specialized anti-submarine war. The most formidable warship of her size ever to patrol the world's oceans, blending the best features of the SPRUANCE Class destroyers with the combat system of the VIRGINIA Class nuclear cruisers to produce a ship with unique characteristics:

A ship so quiet, and an ASW system so capable, that she operates offensively against submarines.

The most sophisticated medium-range AAW systems in the Fleet, quick-reacting and highly accurate, with the capability for today's air defense environment and the growth potential for tomorrow's.

These characteristics make KIDD a triple-threat, one of the few truly multi-mission ships, able to operate offensively, to deal with simultaneous air, surface, and sub-surface attacks. After over 16 years of service with the U.S. Navy, this ship was decommissioned on March 12th 1988.