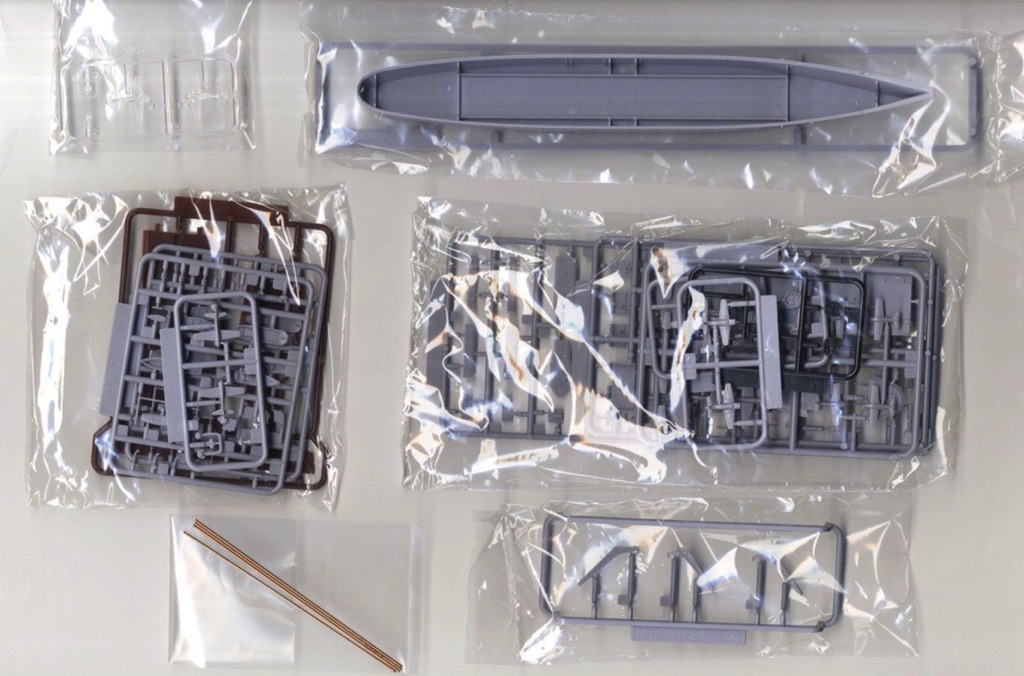 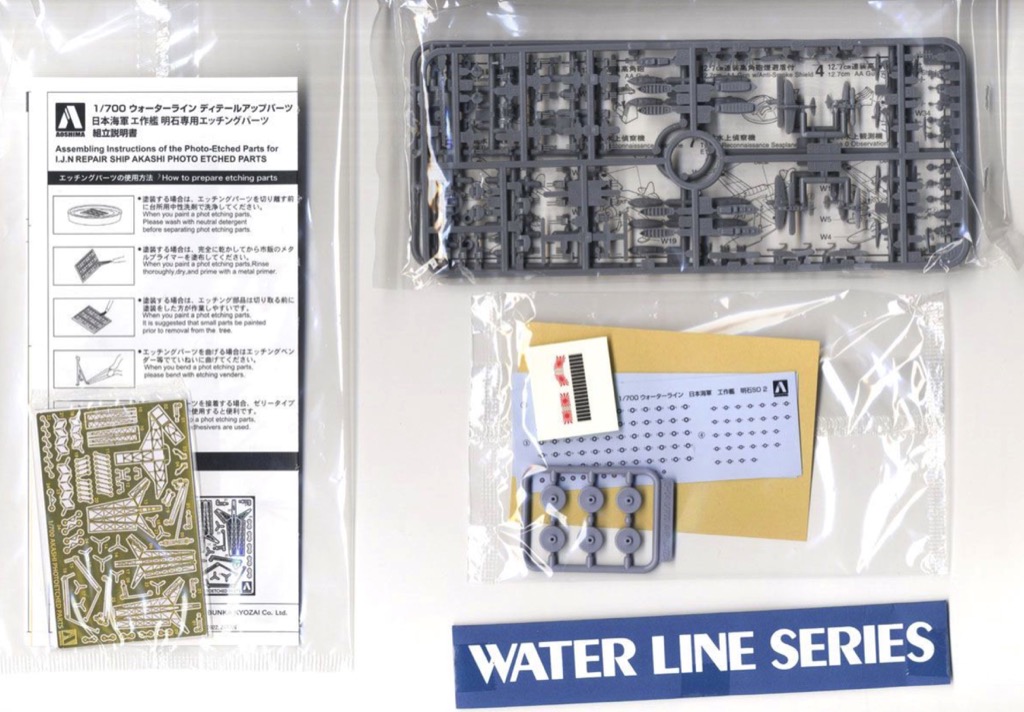 DISCONTINUED This product has been discontinued
and is no longer available.List price: $45.99
You pay: $32.69
(All prices in U.S. Dollars)

Authorized in 1934, Akashi was a purpose-built repair ship of the I.J.N. Constructed at the Sasebo Naval Arsenal, she was completed in 1938 and joined the Japanese Combined Fleet in 1939.

Not only was Akashi operable for 3 months without resupply or refueling, but she was equipped with the latest machine tools imported from Germany and had cranes of various sizes for repair purposes.

After the Pacific War broke out, Akashi joined missions in the South Pacific. It is mostly known that Akashi, along with other repair ships, repaired the damaged heavy cruiser Mogami during the battle of Midway. Akashi repaired numerous ships of various classes, including Yamato, Taiyo, Aoba, Agano, and Akizuki. It is said that Akashi was capable of repairing 40% of the ships in the Combined Fleet, and she became an important target by the U.S. Navy. Her fate came on March 1944 in the Palau Islands, where she was struck by bombs from American aircrafts and sank. With Akashi lost, the I.J.N. was no longer able to repair ships in the battlefront.