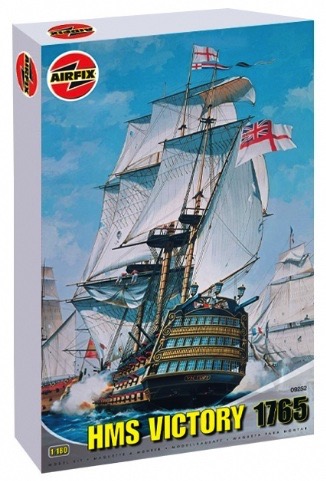 Launched on May 7th 1765, HMS Victory gained its fame by becoming Admiral Nelson flagship during the Battle of Trafalgar in 1805. The victory at this battle ended Napoleons bid for mastery of the sea, but cost Admiral Nelson his life. She had previously taken part in many other major actions against the Spanish and French fleets, and is now the oldest serving Royal Naval ship stil in service, being the flagship of the Portsmouth Command. After being restored to the same condition and appearance as she was at Trafalgar, she can now be seen in all her glory at her home in Portsmouth by visitors from all over the world.