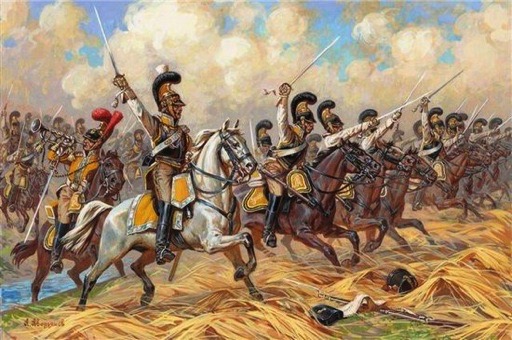 DISCONTINUED This product has been discontinued
and is no longer available.List price: $17.99
You pay: $12.39
(All prices in U.S. Dollars)

This kit contains 16 Saxon soldiers on horseback representing one of the famous units fighting along with the French Army at the Battle of Leipzig (Napoleonic War).

About the Saxons:
The Saxon people or Saxons were a large Germanic people located in what is now northwestern Germany and a small section of the eastern Netherlands. It is important to note that the historic Saxons did not inhabit the modern German federal state called Saxony. They are first mentioned by the geographer Ptolemy as a people of southern Jutland and present-day Schleswig-Holstein, hence they appear subsequently to have expanded to the south and west. The word 'Saxon' is believed to be derived from the word seax, meaning a variety of single-edged knife. The Saxons were considered by Charlemagne and other historians to be especially war-like and ferocious.