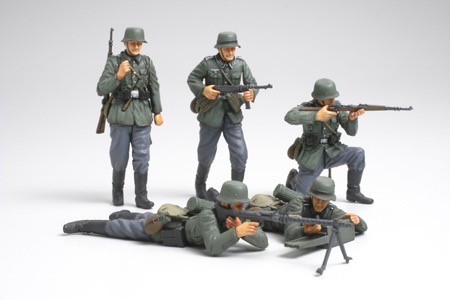 During WWII, the German combat uniform included a distinctively-shaped helmet which had a stretched neckline for added protection. The M36 combat uniform was an overall field gray color with a dark green collar, and featured four front pockets. The German soldiers also wore long black boots along with this basic uniform. At parades, the German soldiers would lift their legs high without bending their knees and perform the intensively impressive "Goose Step March."