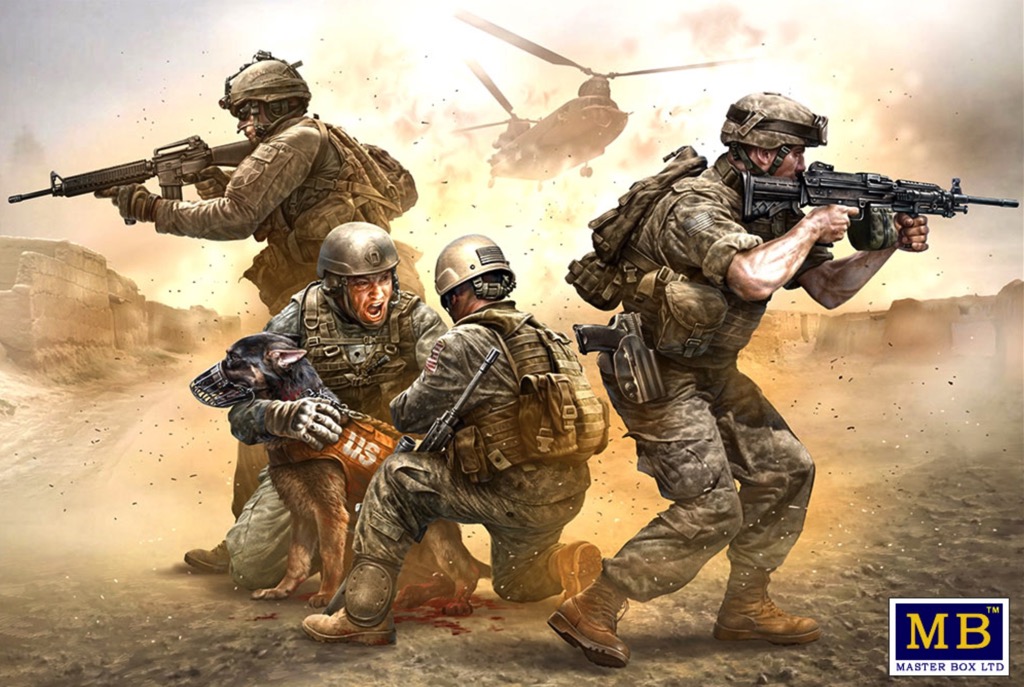 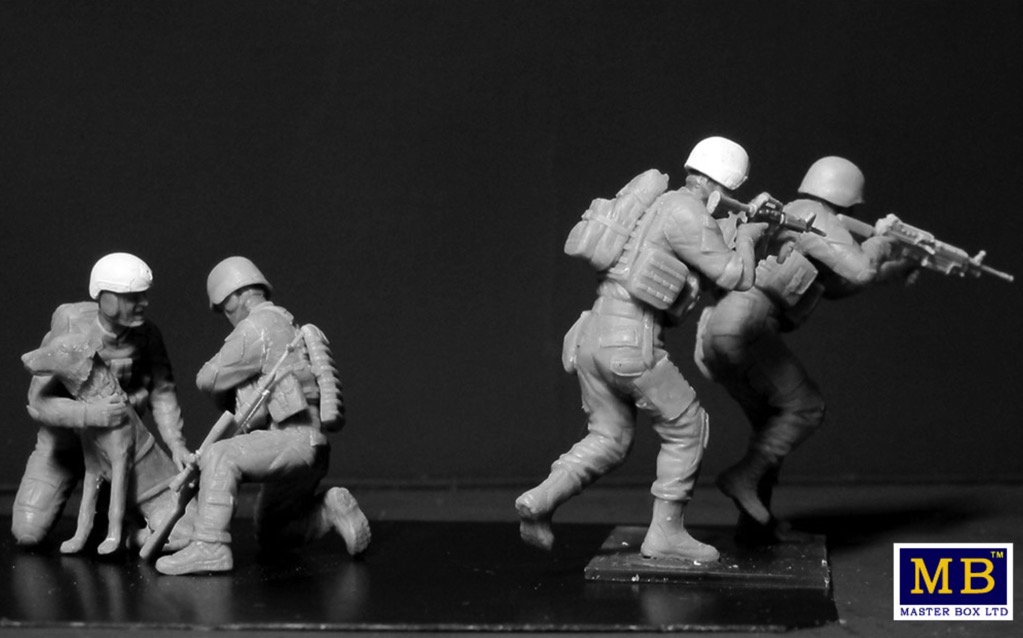 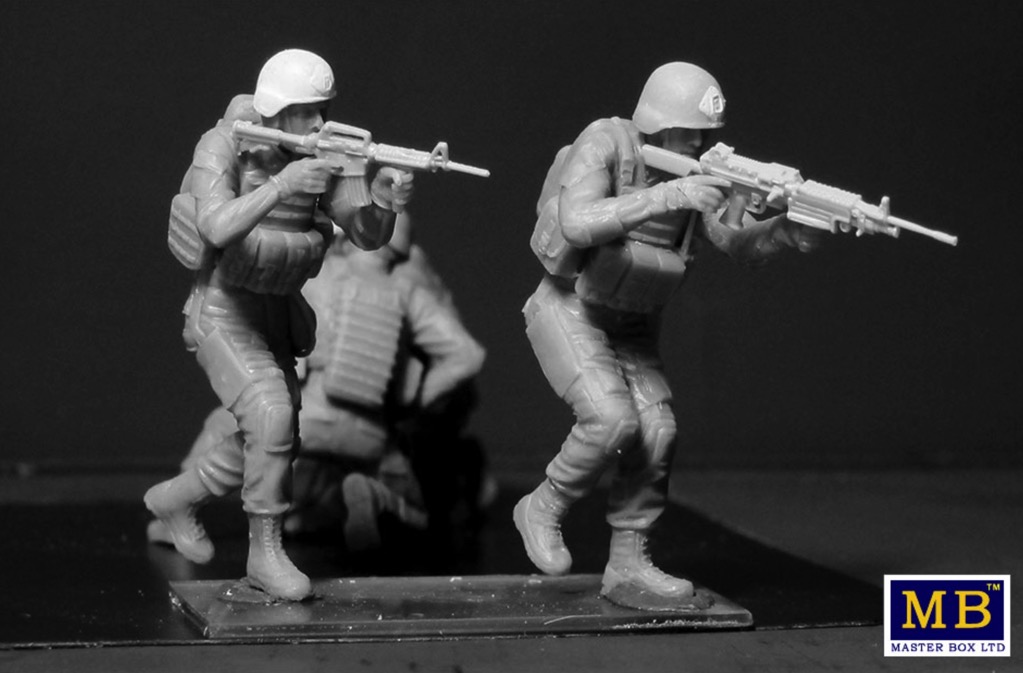 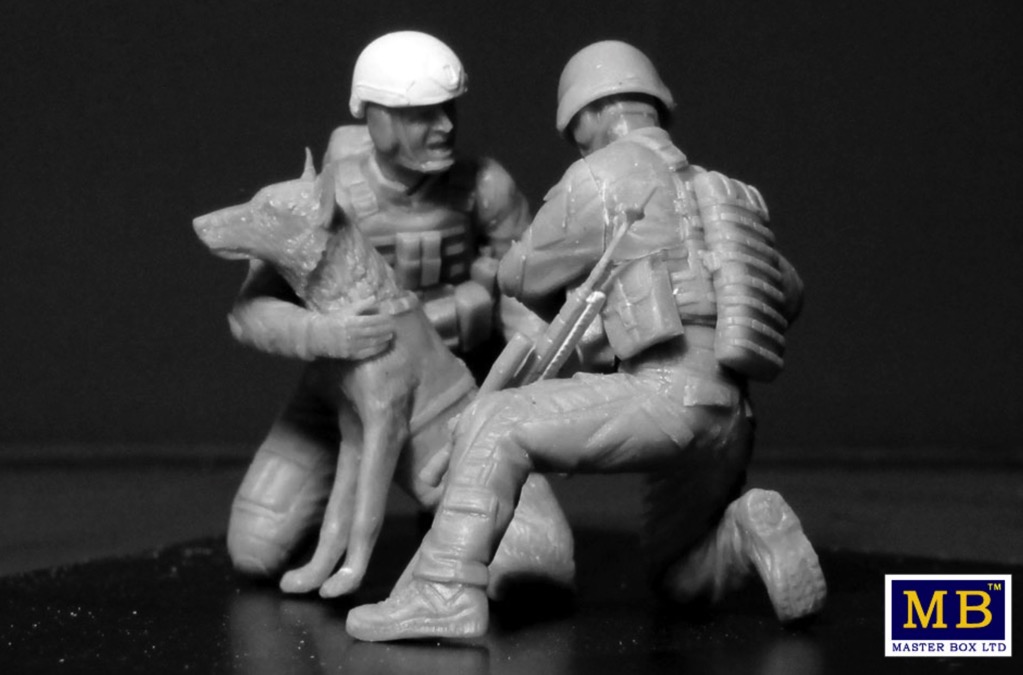 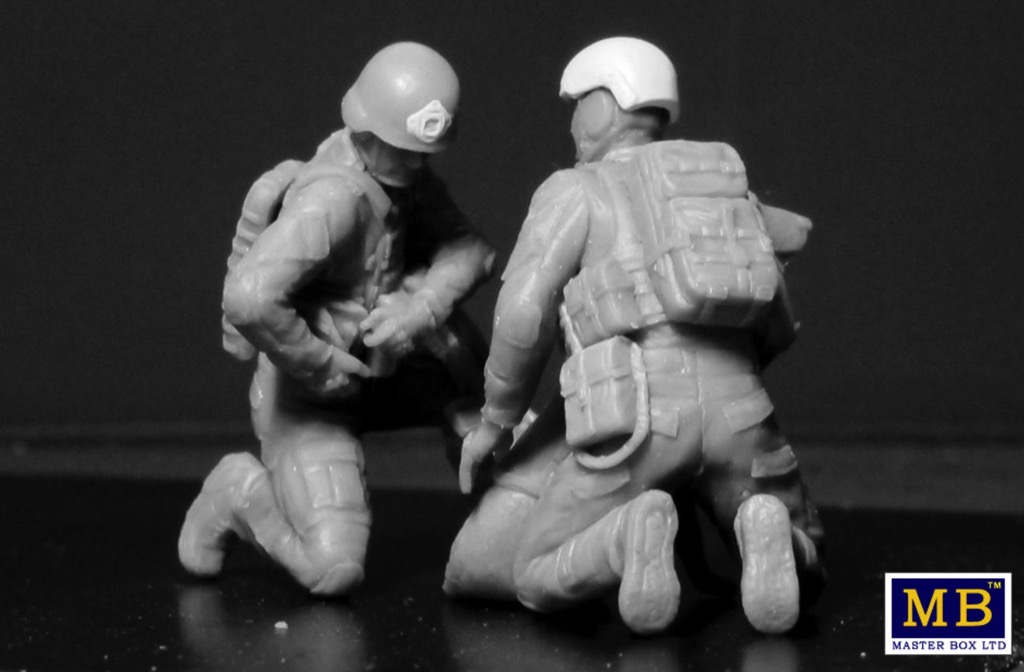 Thousands of dogs serve in the modern U.S. Army. Their task is to save soldiers lives, and these animals do fearlessly what they were instructed to do. They serve their friends-guides selflessly. Many of them get wounded, sustain injuries or perish while performing operations. The story of our kit represents the moment when a medic aids a wounded dog, and the rest of the members of the group cover them.

The kit consists of 4 figures of soldiers of the U.S. Army and one figure of a dog. The figures are animated well, and they interact well with each other. The main feature of the kit is that the dog's guide, the wounded dog and the medic can make up an independent scene that allows the modeler both to create the diorama on the basis of the offered story or to use the two patrol figures separately.