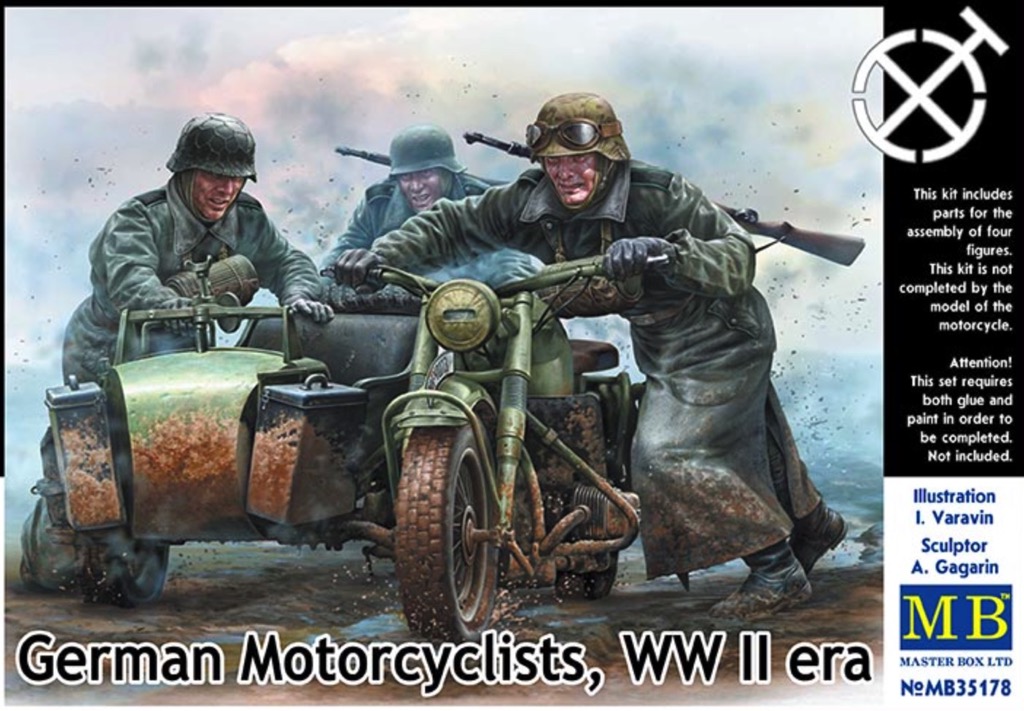 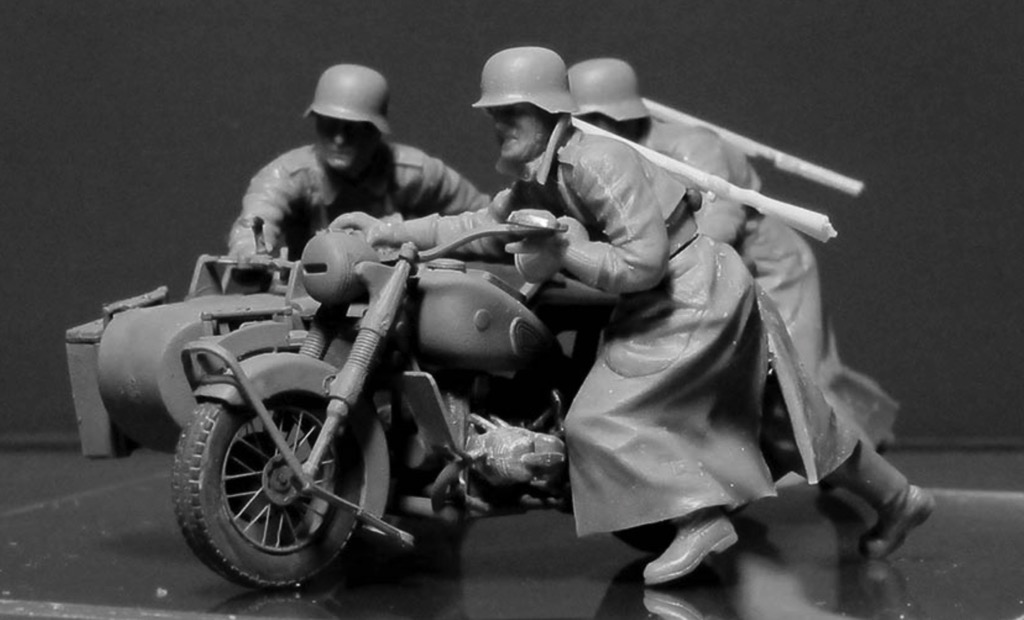 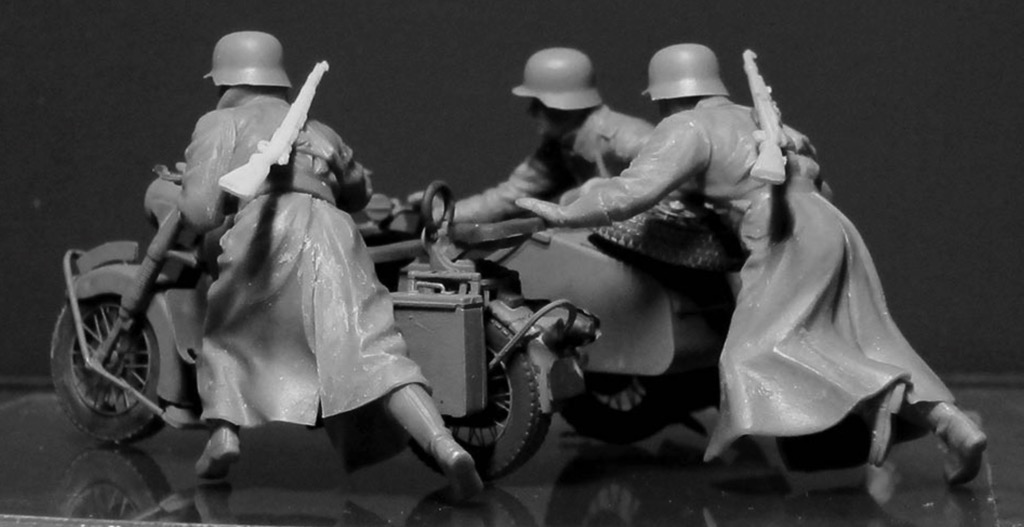 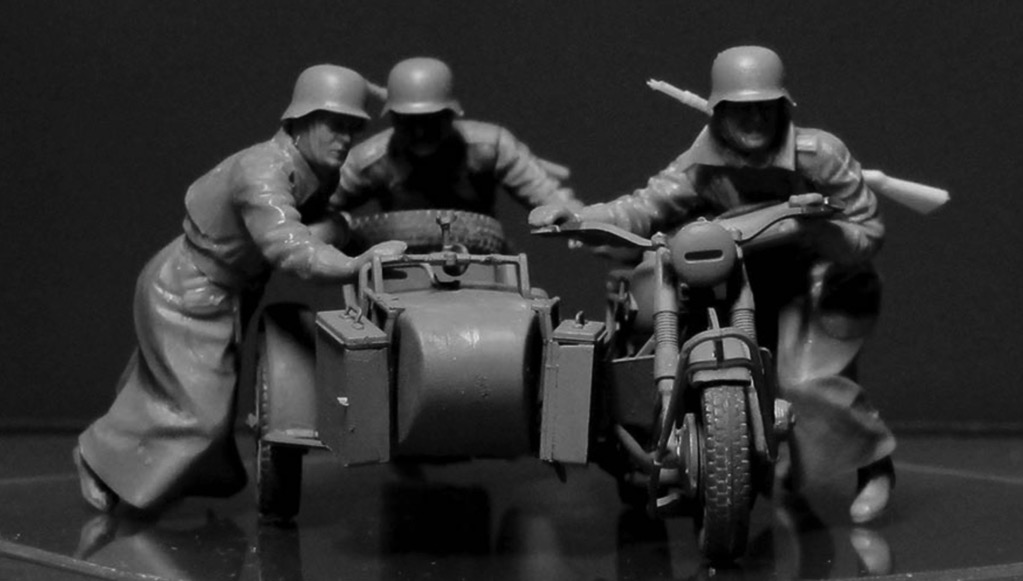 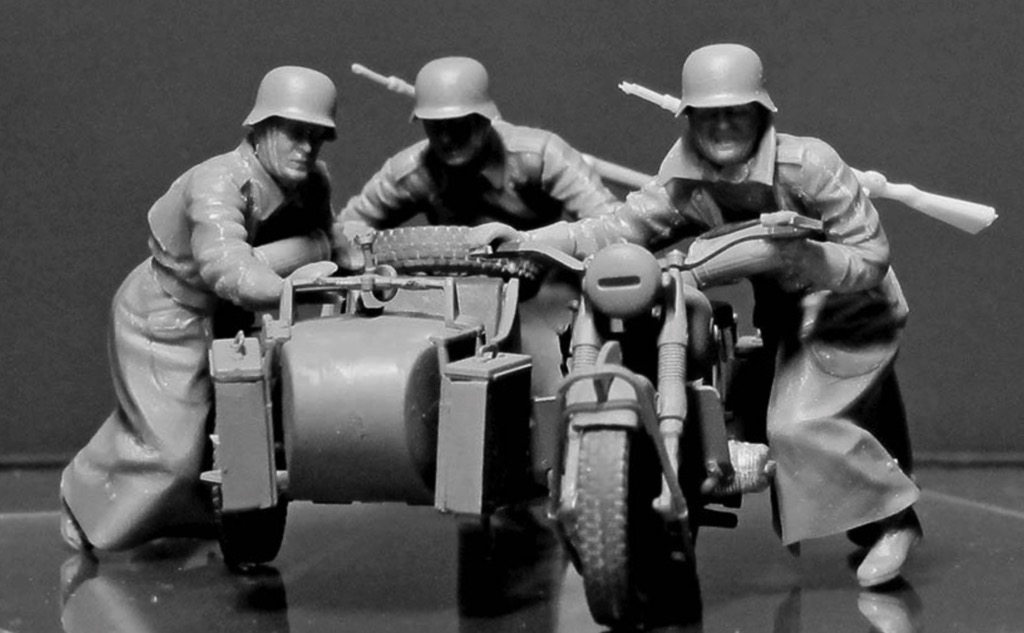 The kit allows for the assembly of two separate mini-dioramas at the same time. The story of the first mini-diorama is that of a German motorcyclist crew trying to push their motorcycle through a waterlogged road section. The story of the second mini-diorama is that of a motorcyclist starting up his motorcycle. The kit does not contain a motorcycle and the modeler has to buy it separately. The figures are highly detailed and are animated very well. They also interact well with each other allowing creation of excellent mini-dioramas and for using one or both variants of the kit as a part of a larger diorama.