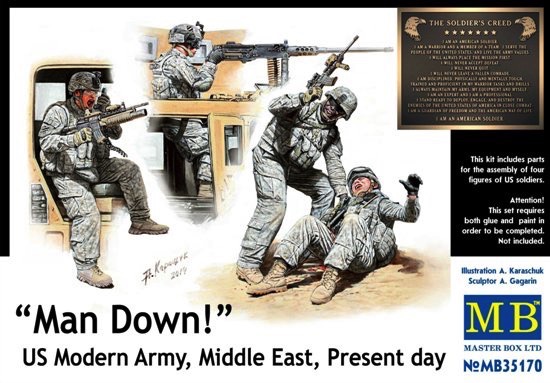 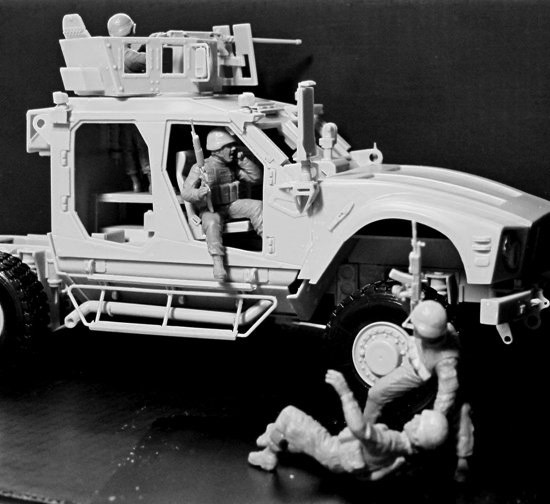 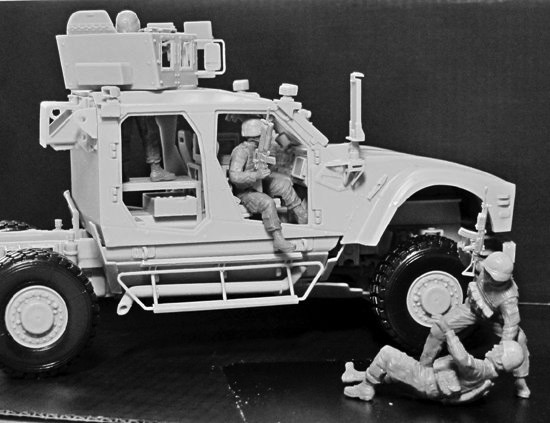 The kit is for the modern period and it depicts the actions of a unit of the US Army in a flash point in the Middle East or Afghanistan. The figures in the kit are combined by a single story; during a patrol one of the mobility elements of the US Army was fired upon by terrorist snipers. As a result, one of the fighters was wounded. His comrades react instantly: one of the soldiers administers emergency aid to the wounded man, one requests evacuation and the machine gunner returns fire.

The kit consists of 4 figures showing soldiers of the US Army who are patrolling. Each figure is equipped by a large quantity of various ammunition that adds a very authentic and original look to the figures.

This kit can be used almost with almost any model of modern equipment released by various manufacturers. They can be used either altogether as a ready story for a diorama, or separately, at modeler's discretion. The figures are distinguished by a very high level of artistic fulfillment, are well animated and interact very well with each other.