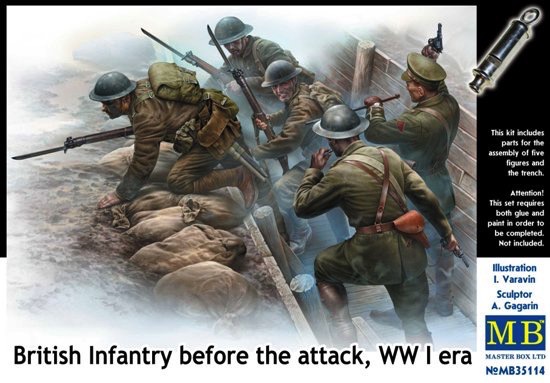 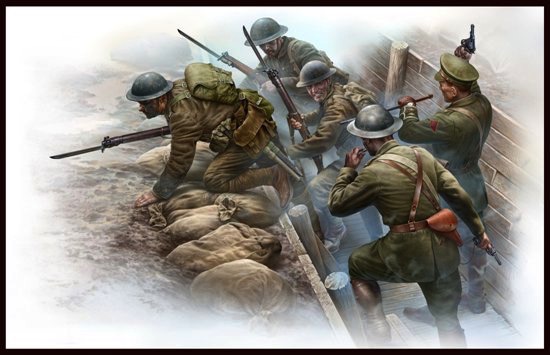 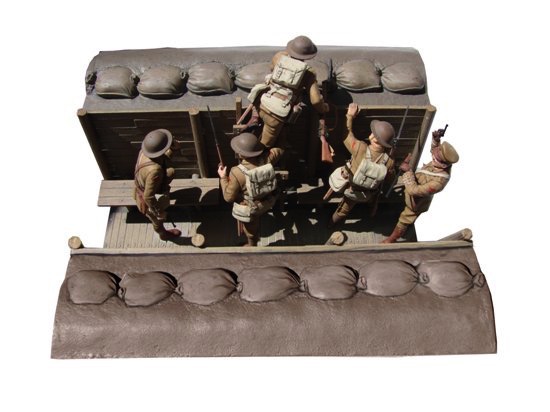 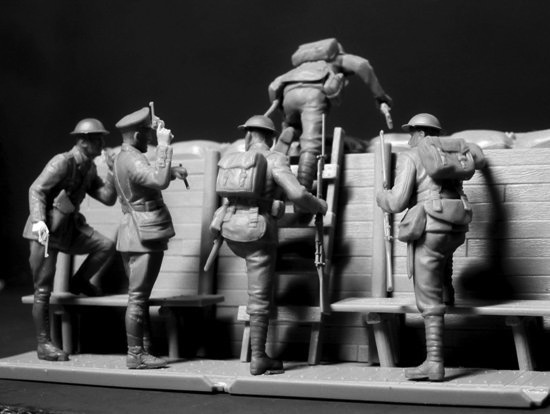 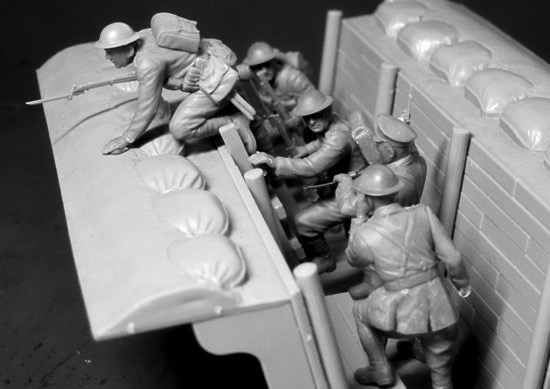 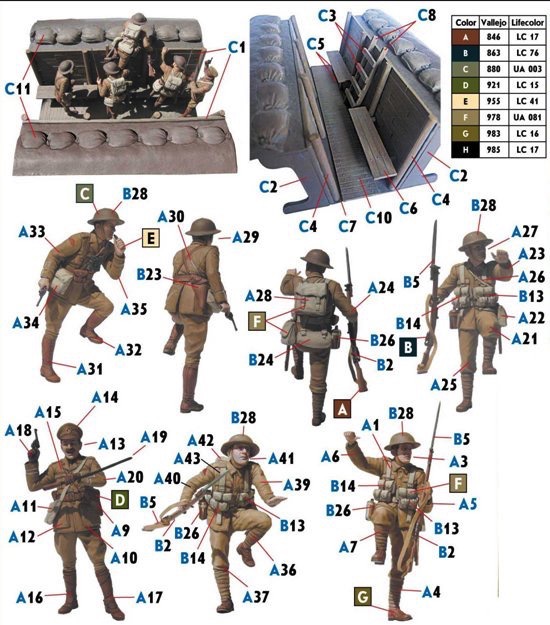 This kit consists of 4 plastic sprues with parts for the assembly of a mini-diorama showing British Infantry in a trench and prepared to attack.

The story of the kit is simple but dynamic. The kit shows British Infantrymen just before the "Attack!" order.

The officer is looking at his watch and has raised his hand being ready to forward the soldiers towards hostile fire with a wave. The non-commissioned officer has brought a signal whistle to his lips, and private soldiers are gathered at the assault ladder being ready to rush towards fire and metal. Despite restrained poses, the kit is rather emotional, and the figures interact well with each other. The modeler can use the kit without problems both for creating the mini-diorama with the use of only the parts offered in the kit or for creating his own story with the use of models or accessories from other manufacturers.