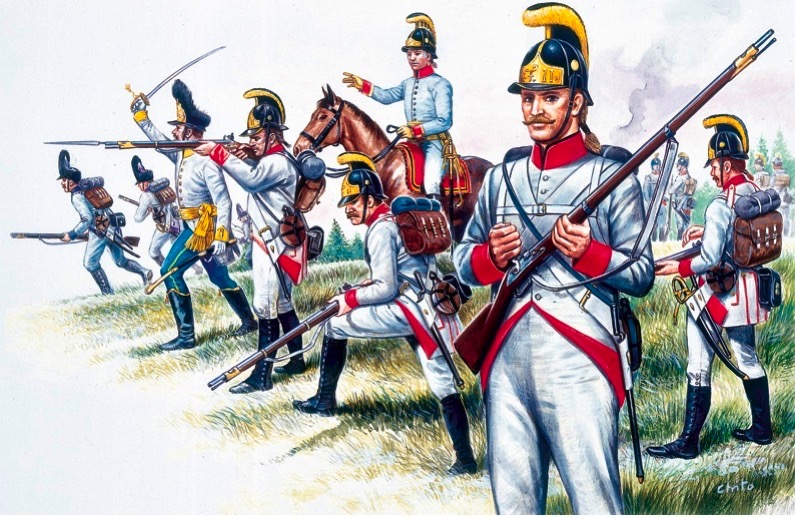 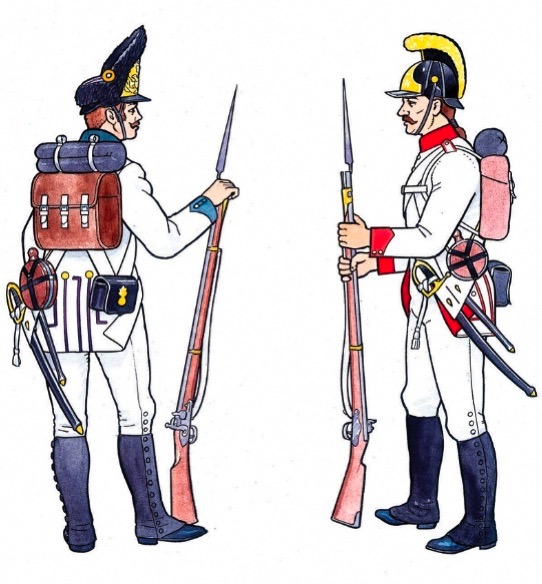 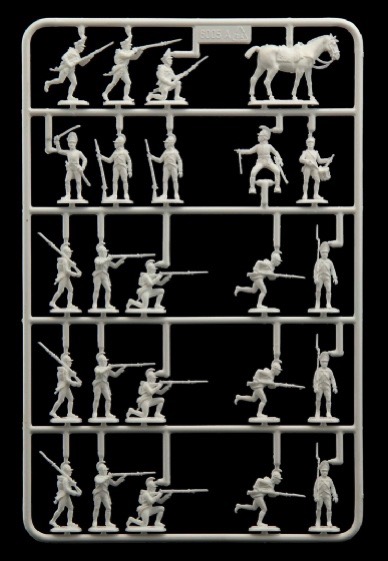 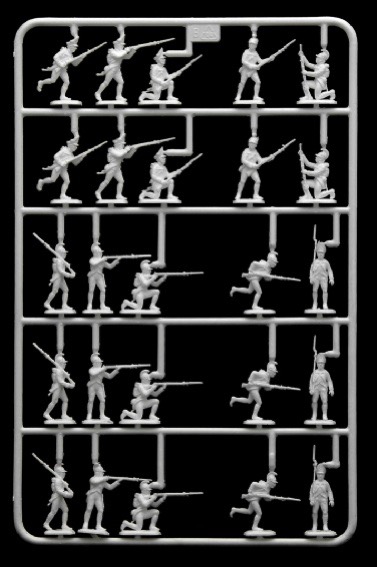 The Austrian infantry of the box is represented with the 1798 helmet characterized the light infantry Frei-Corps and Jagers battalions. Later on they have been adopted by most of Austrian riflemen battalions. In the box, the riflemen are flanked by the grenadiers with the distinctive bearskin caps.

In July 1809 the Austrian troops, commanded directly by the Archduke Karl himself, were defeated by Napoleon during the Battle of Wagram. The figures may be used for the reproduction of the riflemen regiments or for Grenadiers Corps Reverse commanded by Liechtenstein.

The box contains 48 figures and 1 horse.