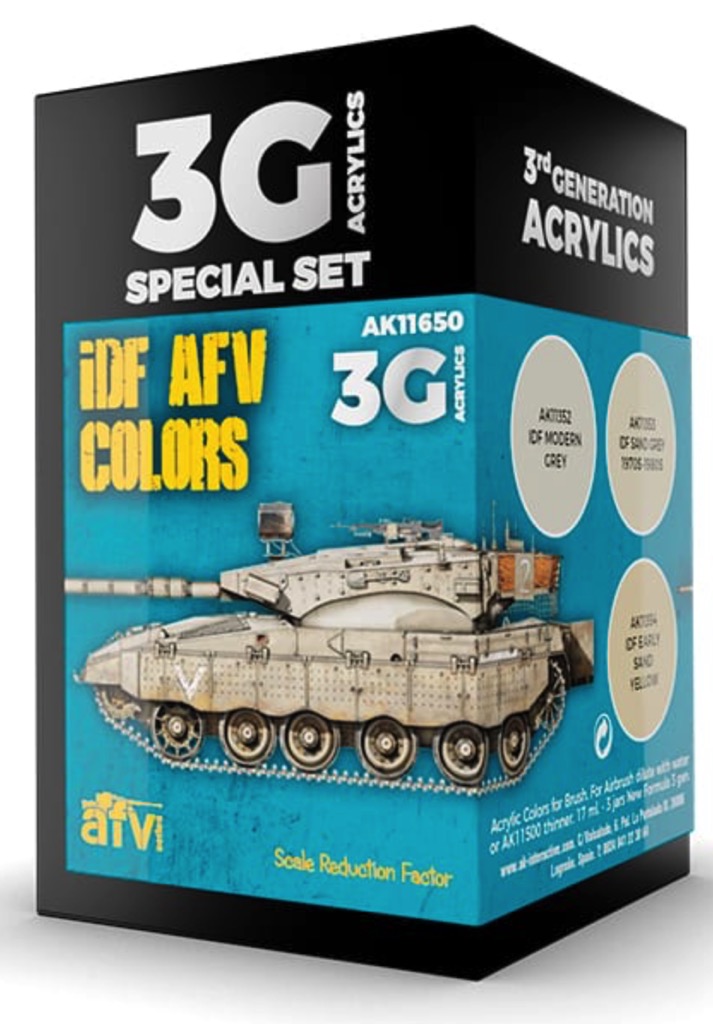 IDF Early Sand Yellow was typical for the late 1950s and 1960s, and was widely used until the Yom Kippur War in 1973 on tanks such as the AMX-13, Shermans, early M48 Pattons and the majority of the Centurions (Sho't).

After the Yom Kippur War, it remained in use in the South and the Sinai Peninsula.

After the 1973 war, more IDF land forces were positioned in the Northern frontiers, and their vehicles received a darker tone, a Sand Grey, which was more suitable for blending with the greyish terrain color of the North of Israel.

IDF Modern Grey is the current IDF paint introduced in May 1981.