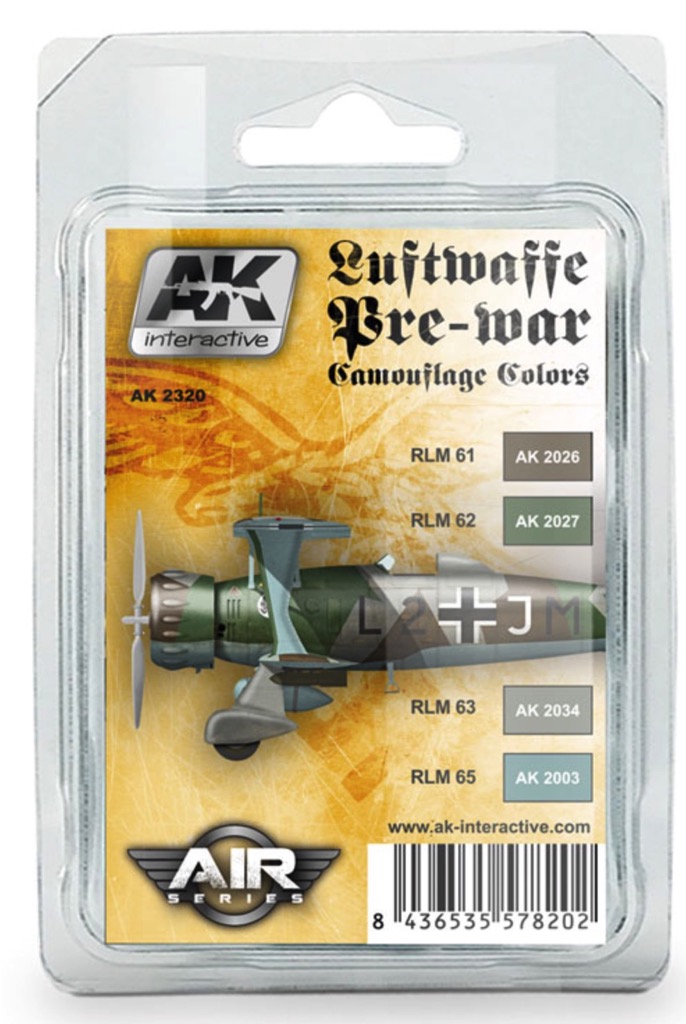 DISCONTINUED This product has been discontinued
and is no longer available.List price: $19.99
You pay: $14.79
(All prices in U.S. Dollars)

This set offers the modeller the four colours that were used for painting all Luftwaffe front line aircraft since the end of 1936. Although the tri-color upper surface camouflage pattern consisting of RLM 61, 62 and 63, was officially replaced with the RLM 70/71 scheme after 1938, many aircraft retained the former camouflage standard during the first campaigns of the World War II. The colours provided with this set are also useful for painting models of most of the German aircraft used by the Legion Condor during the Spanish Civil War, including many of those that were handed over to the newly-born Spanish Air Force after the end of hostilities. The RLM 65 remained one of the basic underside colours of Luftwaffe aircraft throughout the entire World War II, whilst RLM 61 and 62 were reinstated under new designations in the late period of war.