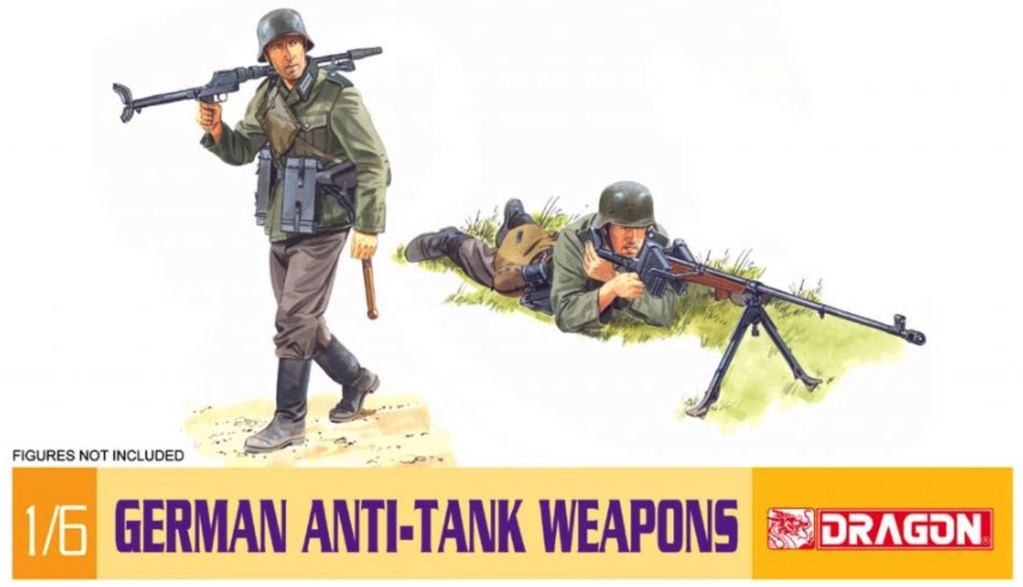 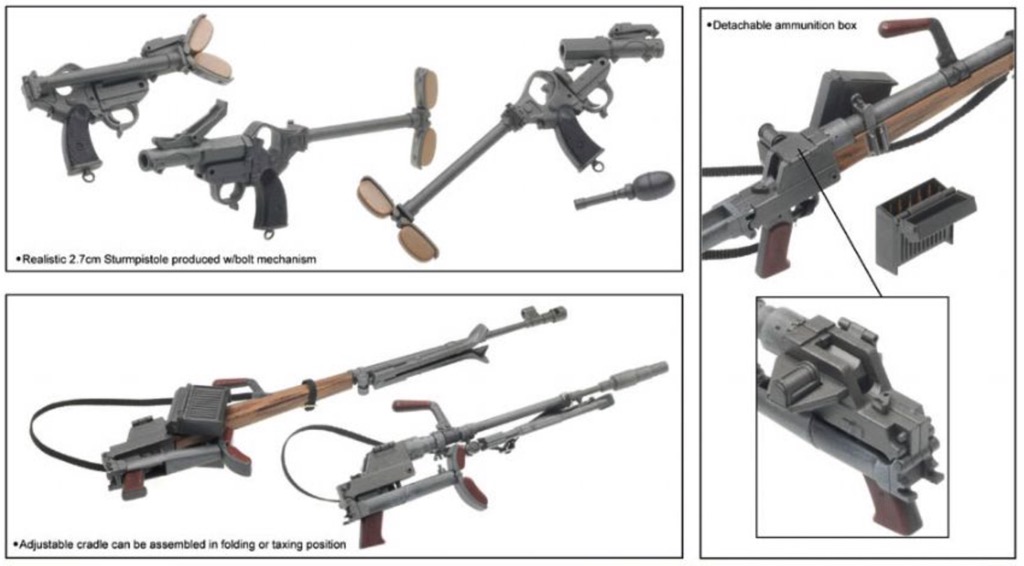 Features: Dragon has released a new set in its 1/6 scale range of weapons. The latest item features two complete antitank rifles that were used especially in the early days of WWII. One is the PzB 39 (the abbreviation stands for Panzerbuchse 39, or "armor-hunting rifle"). The PzB 39 was supposed to give infantrymen a lightweight weapon with which to tackle enemy tanks. It was 1.62m long and it weighed 12.6kg. By the time of the invasion of Russian in 1941, a total of 25,298 PzB 39s were in the hands of the infantry. It continued in use until 1944, but by then it was hopelessly outclassed when trying to penetrate thick enemy armor. One variant of the PzB 39 antitank rifle was the Granatbuchse 39 (GrB 39), this being a rifle grenade launcher created from 1942 onwards. The barrel was shortened and a firing cup attachment was threaded on. The GrB 39 could fire the same type of anti-personnel, light antitank and large-diameter antitank grenades used with the standard Kar 98k rifle.

Both these weapons are contained in this kit set. They are made according to Dragon's exacting standards in a precise 1/6 scale. Parts are cleverly broken down into components that assemble easily to produce an accurate replica of the PzB 39 and GrB 39. As a special bonus, this set also comes with a third weapon. The bonus weapon is a 2.7cm Sturmpistole, also referred to as a Walther Leuchtpistole. It was designed to fire small specially designed high-explosive grenades. It was fitted with a padded stock to reduce the shock on the firer's arm. This light weapon was widely used, particularly on the Eastern Front, for anti-personnel duties. This 1/6 model, like the larger weapons, is highly detailed, and it smoothly goes together to produce a very interesting miniature weapon.