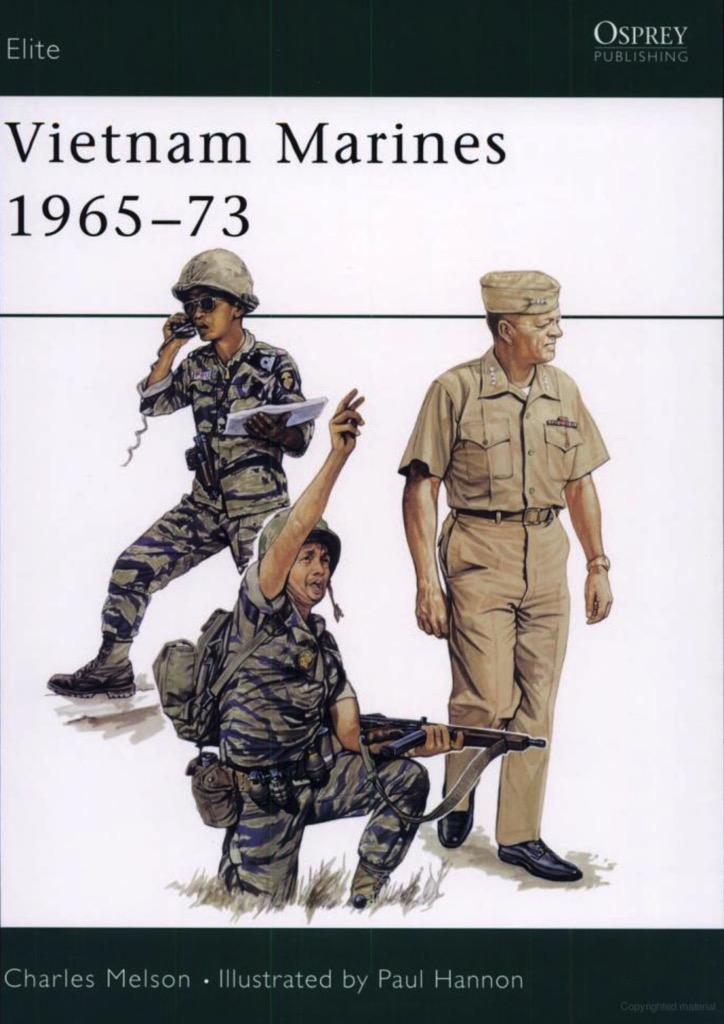 Manufacturer: Osprey Books
Stock Number: OSP ELI43
View all products of type "Warriors"
ABOUT THIS PRODUCT
The period following World War 2 saw a number of associated Marine Corps, three of whom fought together during the war in Vietnam from 1965 to 1973. These Corps were similar formations, but each had its own history and traditions: they were the United States Marines, the Vietnamese Marines, and the Korean Marines. Common to them was a reputation for toughness on themselves and any foreign or domestic enemies; strong unit pride and loyalty; and a privileged place within the political structure of their respective countries. This title by US Marine historian Charles Melson describes the history, weapons, equipment, uniforms and insignia of the US, Vietnamese and Korean Marines who fought in Vietnam.