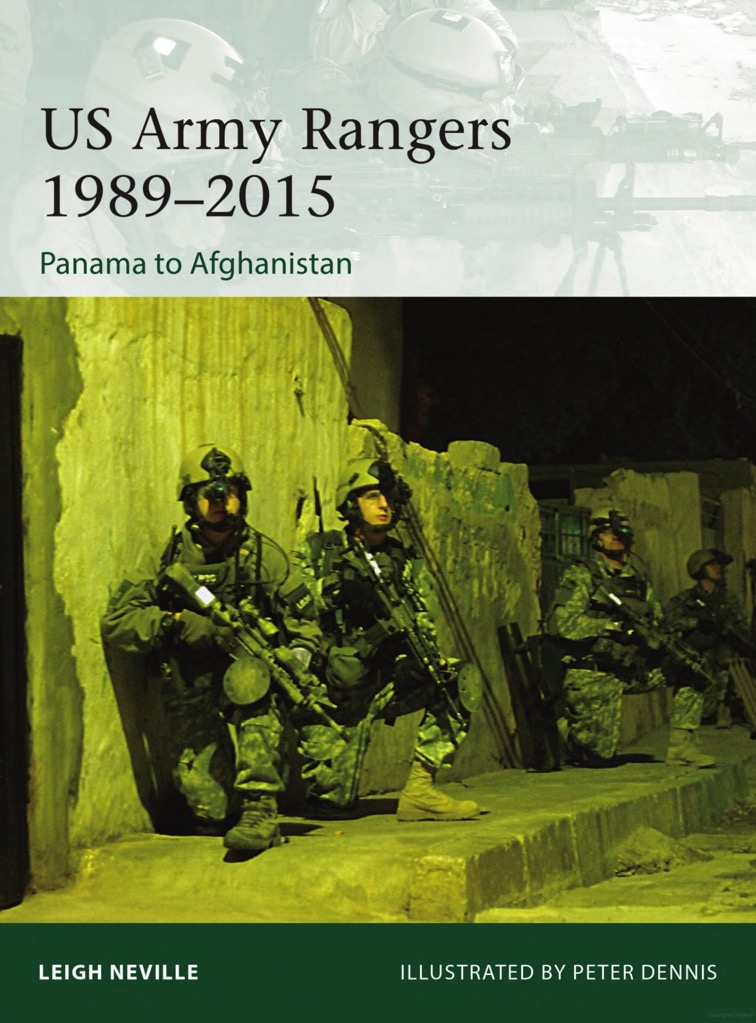 Manufacturer: Osprey Books
Stock Number: OSP ELI212
View all products of type "Special Operations"
View all products of type "Special Units"
ABOUT THIS PRODUCT
Written by an expert on modern Special Forces units and the operations they undertake, this book explains the evolution of the Rangers' missions in Panama, the first Gulf War, Somalia and the post 9/11 invasions of Iraq and Afghanistan. It reveals the training and organizational changes that the unit has undergone and investigates in particular how their doctrine and tactics have changed during the 14-year war in Afghanistan. At the beginning of the war the Rangers were an elite light infantry unit of picked men tasked with short duration recon raids and securing ground behind enemy lines in support of Special Forces; they have since evolved into a special-mission unit themselves - on the cusp of being assigned to the Joint Special Operations Command.

BIOGRAPHICAL NOTE
Leigh Neville is an Australian national who has written a number of books on both modern conventional military units and special operations forces serving in Afghanistan and Iraq, their weapons and their vehicles, including six titles for Osprey with several more in development. He has also consulted on military topics for several wargame companies and television documentary makers. He lives in Sydney with his wife and two dogs. He can be contacted via his website at www.leighneville.com. CONTENTS