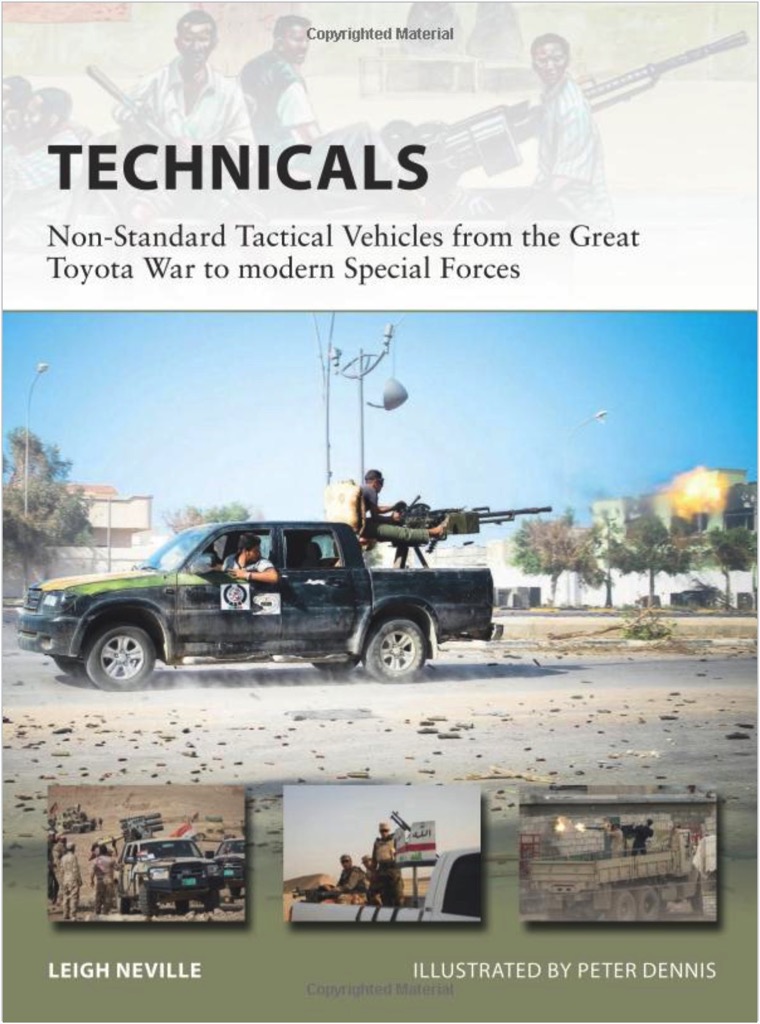 Harking back to the armed Jeeps and Chevrolet trucks of the SAS and Long Range Desert Group in North Africa in World War II, the world's first insurgent technicals were those of the Sahrawi People's Liberation Army in Algeria in the late 1970s, followed by the Chadian use of technical in the so-called Toyota War against Libya. Since then, technicals have seen use in Somalia, Iraq, Afghanistan and Libya, as well as being used by Western and Russian Special Forces.

Fully illustrated with commissioned artwork and providing rigorous analysis, this is the first history of how this deceptively simple fighting vehicle has been used and developed in conflicts worldwide.