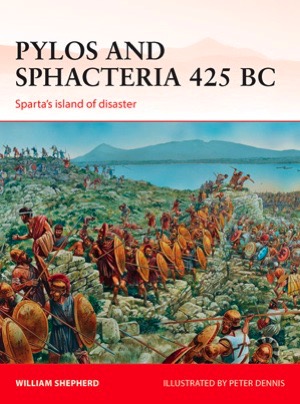 About this book
During the Peloponnesian War the Athenians occupied the promontory of Pylos to counter Sparta's repeated invasions of Attica. Over two days of fighting the small garrison beat off the Spartan army and the returning Athenian fleet won a crushing victory in the nearby waters, stranding a contingent of elite Spartan hoplites on the island of Sphacteria. With the campaigning season drawing to a close the Athenians mounted an attack on the island using an unconventional amphibious night assault they overran the Spartan outpost covering the beaches and light-armed missile troops landed at daybreak in overwhelming numbers. The Spartans were slowly driven back to their stronghold, losing men steadily as they were prevented from engaging in the hand-to-hand fighting at which they excelled. With their commander dead and his deputy incapacitated by wounds, the 292 survivors surrendered. This was a surprising blow to the Spartans' glorious reputation, and these prestigious prisoners-of-war served the Athenians very well as bargaining counters in the diplomatic activity that punctuated the hostilities that continued for the next four years.