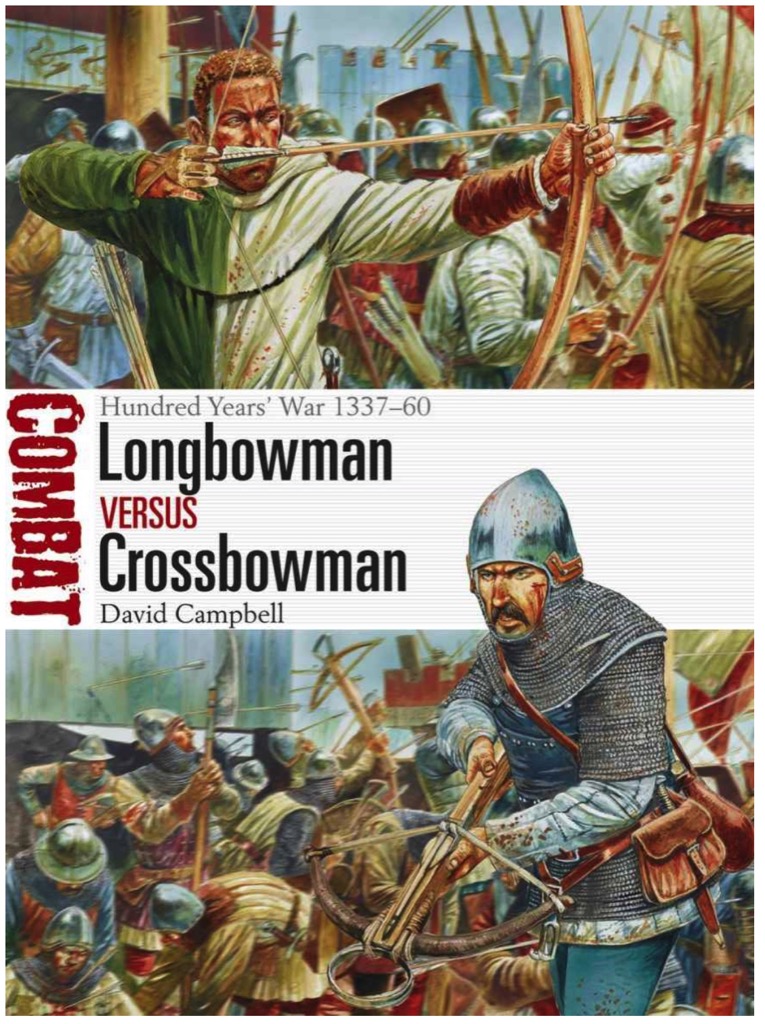 Manufacturer: Osprey Books
Stock Number: OSP CBT24
View all products of type "Warriors"
View all products of type "Battles"
For centuries, the crossbow had played a key role on the battlefields of continental Europe, with mercenaries from Genoa and Brabant in particular filling the ranks of the French army, yet on the outbreak of the Hundred Years' War they came up against a more powerful foe. To master the English longbow was a labour of years, requiring far greater skill to use than the crossbow, but it was much more flexible and formidable, striking fear into the French and their allies.

This study examines three battles - Sluys (1340), Crecy (1346) and Poitiers (1356) - and shows how the use of the longbow allowed England's armies to inflict crushing defeats on numerically superior forces. The longbow changed the shape of war, becoming the defining weapon of the age and wreaking havoc upon the French armies that would face it. Featuring full-colour artwork, this is the engrossing story of the first clashes between the English longbowmen and the crossbowmen of the French king on the bloody battlefields of the Hundred Years' War.