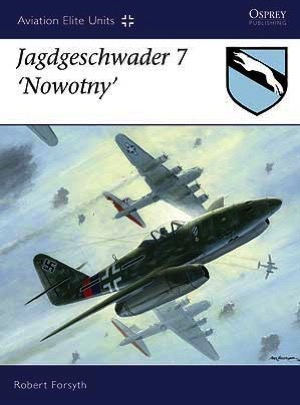 About this book
When the revolutionary Messerschmitt Me 262 jet fighter first appeared in the skies over northwest Europe in mid-1944, it represented one of the greatest challenges to Allied air superiority. The first group to solely fly jet fighters, Jagdgeschwader 7 was tasked with wrestling back command of the skies. Put almost immediately into action, despite fuel shortages, poor training and problems with the jet engine, victories quickly followed against both US and British aircraft. By the end of the war, the Jagdgeschwader had claimed nearly 200 enemy aircraft destroyed in daylight bomber raids during 1945. This book follows the history of the JG 7 unit, examining how their courage, determination and the most advanced aircraft in the world were simply not enough to ensure victory. In the final section of the book Robert Forsyth details how JG 7 were eventually defeated by gradual losses, restricted operating conditions, lack of fuel and overwhelming Allied fighter strength.