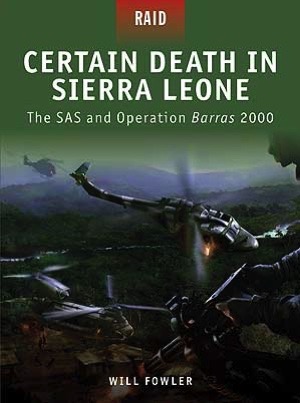 About this book
In September 2000 the notorious militia gang, 'West Side Boys' kidnapped eleven British soldiers in Sierra Leone and Operation Barras was launched as the rescue operation. Fast roping in from helicopters, the SAS soldiers engaged in a heavy firefight with the militia, killing several, and capturing their leader. Meanwhile the Paras advanced on foot, fighting their way through a village to recover the Land Rovers abandoned by the kidnapped soldiers. The operation was a complete success, with all the soldiers being rescued. This daring raid is brought to life with specially commissioned artwork, detailed maps and overhead shots to recreate one of the greatest hostage-rescue success stories.