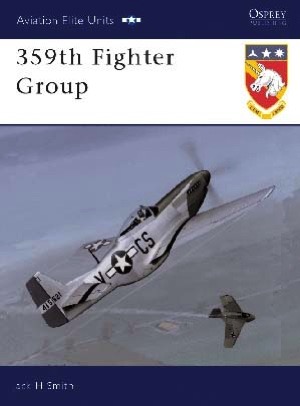 About this book
Nicknamed the 'Unicorns', the 359th FG was one of the last groups to arrive in the UK for service in the ETO with the Eighth Air Force. First seeing action on 13 December 1943, the group initially flew bomber escort sweeps in P-47s, before converting to the ubiquitous P-51 in March/April 1944. Throughout its time in the ETO, the 359th was credited with the destruction of 351 enemy aircraft destroyed between December 1943 and May 1945. The exploits of all 12 aces created by the group are detailed, along with the most significant missions flown. This book also discusses the various markings worn by the group's three squadrons, the 368th, 369th and 370th FSs