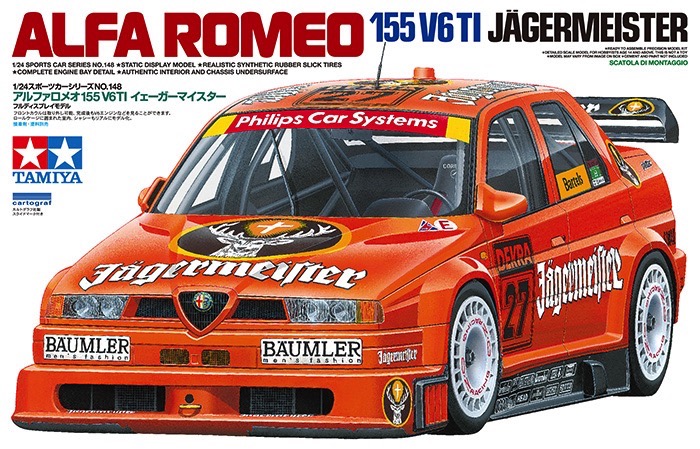 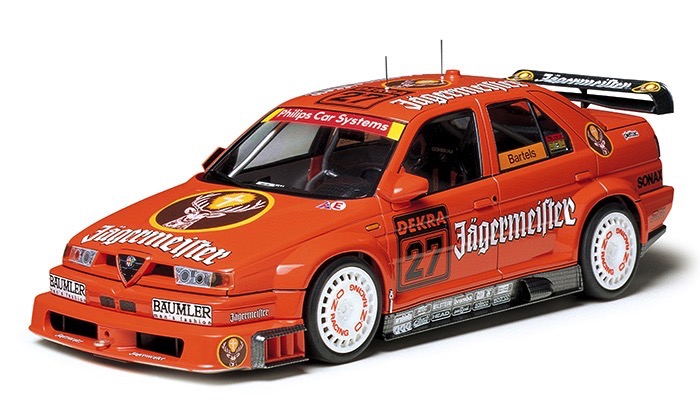 This is a classic model of the Alfa Romeo 155 V6 TI. The car made its debut in the 1993 season of the German Touring Car Championship (DTM) series, blowing the competition away in route to becoming that season's champion. While the works team used the newest 1994 spec of the car in the next year's DTM, the 1993 version was used by a number of private teams including the Schubel Engineering team. The Schubel car was adorned with the orange livery of the German liquor company called Jagermeister, and it got its German sponsor some podium time by finishing third in the final round of the season.