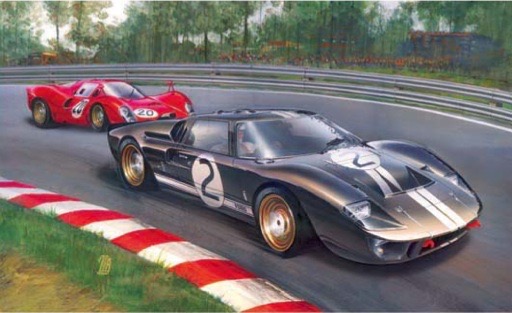 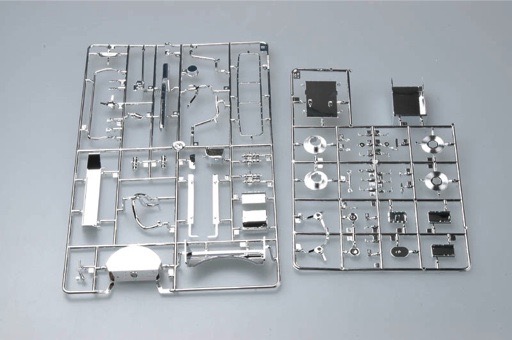 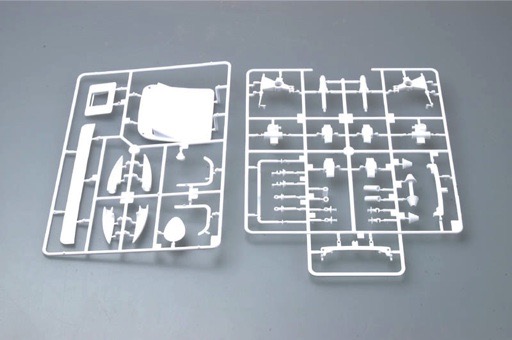 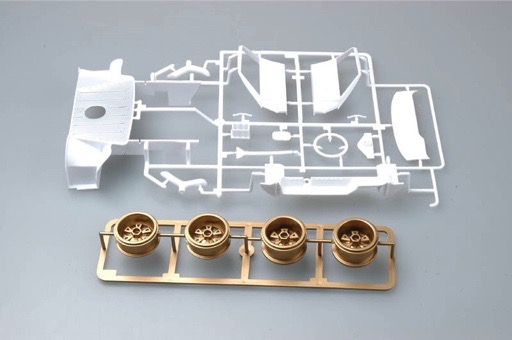 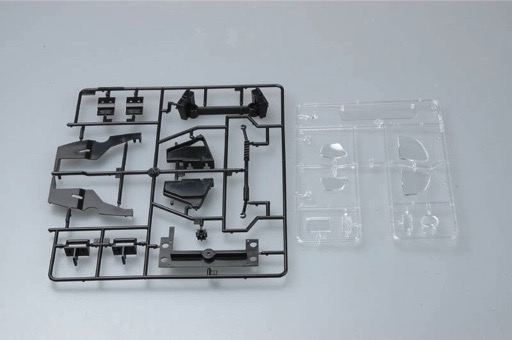 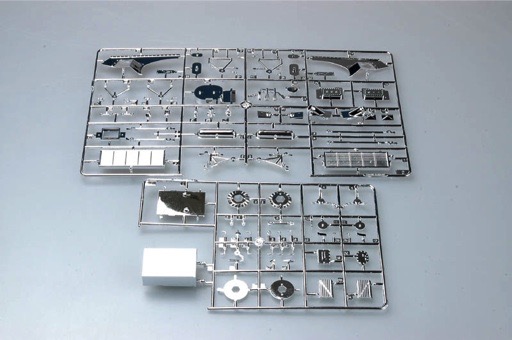 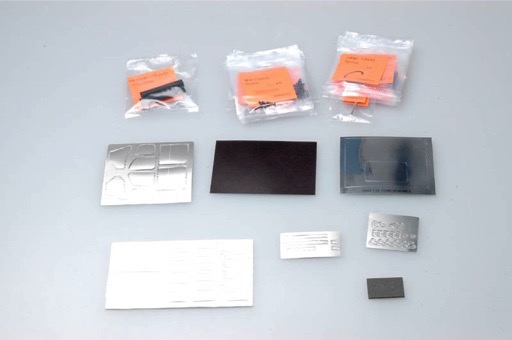 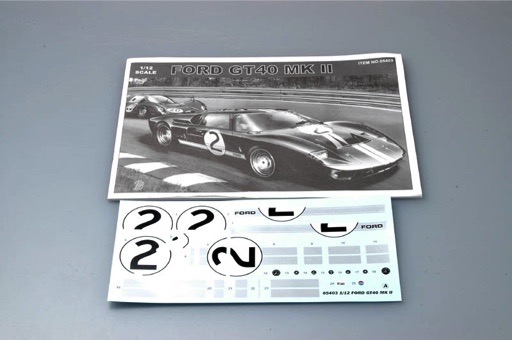 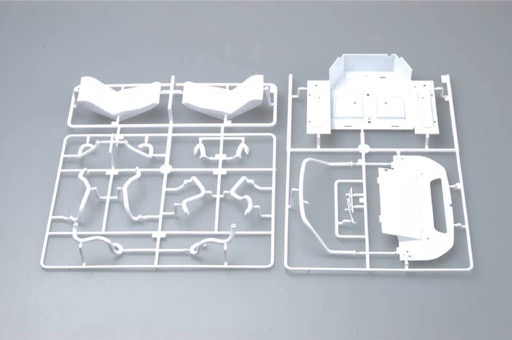 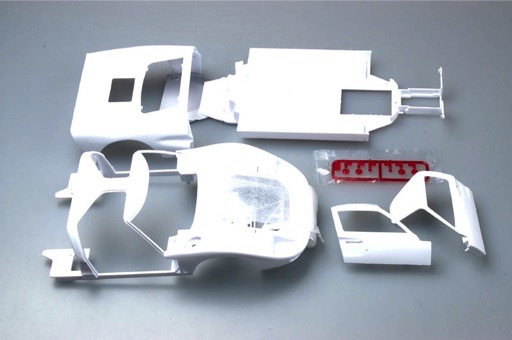 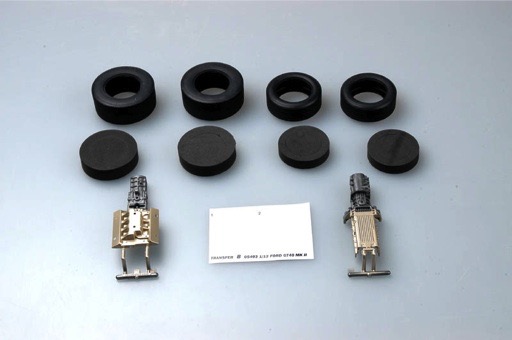 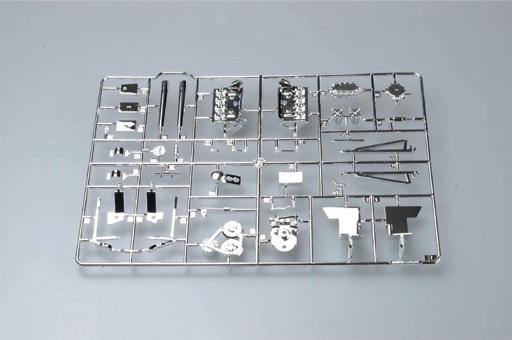 Important note: This kit is now under the "Magnifier" brand.

Ford launched its own effort to create a GT prototype in 1963. The most powerful of all the race cars participating in car races at the time was the Ferrari, and though Ford made efforts to acquire Ferrari in order to be able to compete in the Le Mans, these efforts ended in failure. Thereafter, noting the success Eric Broadley's Lola GT was having against the Ferraris, Ford acquired the Lola GT and Ford contracted Broadley to develop a new design for a Ford GT. The GT40, revealed at the 1964 New York Auto Show, had a semi-monocoque configuration, and its height was a mere 40 inches. The GT40 began to participate in racing in 1964. This model represents a 1966 GT40 MK II, mounting a 7 lit. V8 engine of 485 HP. This vehicle garnered a 1-2-3 finish in the Daytona 24-hour race, and in the same year beat the Ferraris hands down for another 1-2-3 finish for its first Le Mans win.