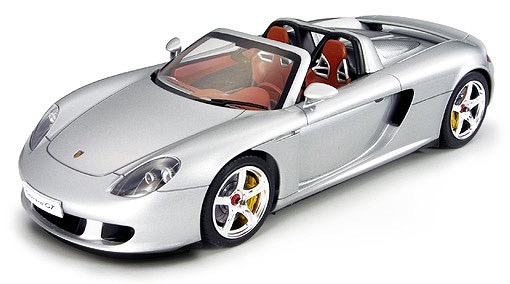 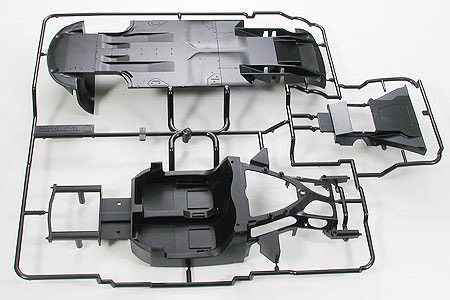 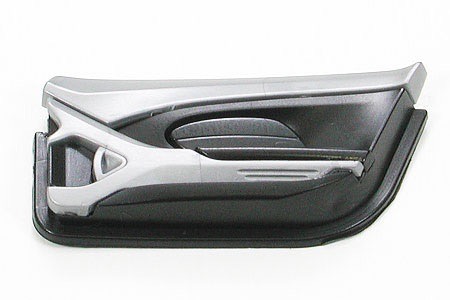 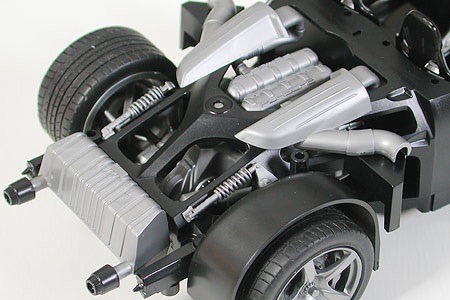 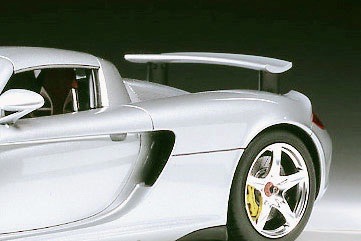 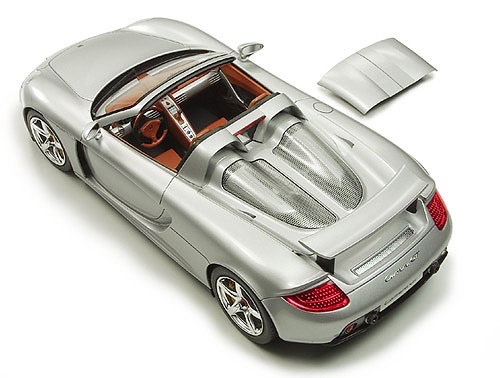 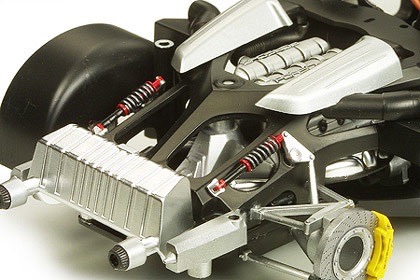 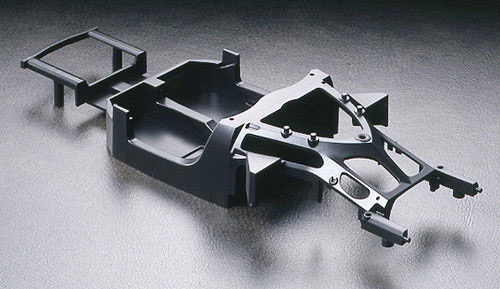 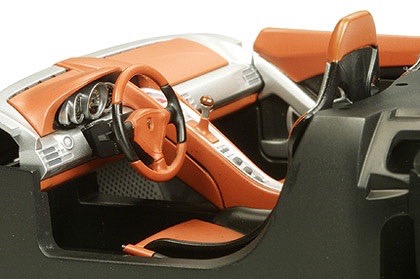 About the Porsche Carrera GT
The Porsche Carrera GT grabbed the world's attention when first unveiled as a concept car at the 2000 Paris Auto Show. Promoted as Porsche's next generation flagship super sports car, the Carrera GT was officially unleashed onto the international motoring market in 2003. Incorporating the latest and most extreme racing technology, the Carrera GT lines up against the impressive range of super sports cars offered by the worlds top makers, such as the Enzo Ferrari and the Mercedes-Benz SLR McLaren. Featuring a powerful 5.7 liter V10 engine, carbon-fiber monocoque chassis and push-rod suspension all wrapped up in classic Porsche style and elegance, the Carrera GT is the ultimate high-end sports car.

Perfect Reproduction Of Beautiful Body Line
The overall shape and body design has been so accurately reproduced that looking at each curve and groove you can't help but feel you're looking at the real thing. In order to accurately reproduce the curve of the mesh engine cover, clear plastic with mesh design decals has been used. Roof panels also come as separate pieces, allowing you to have the choice of an open-top or hardtop model.

Fully Detailed Interior.
The Carrera GT features superb interior detailing, with even the door interior being assembled from 3 separate pieces. Pieces for the dashboard have also been divided by finishing color, allowing for easy painting without the need for fidgety masking. Even hidden elements come as intricately detailed pieces, such as the brake pedals and side brake between the drivers seat and door.

Exquisite V10 Engine.
The racing inspired V10 power plant which replaces Porsche's traditional horizontal 6-cylinder engine has been reproduced in meticulous detail and accuracy. All other distinctive aspects of the drive train have been carefully replicated down to an exquisite 1/24 scale including the horizontal transmission, air intake, exhaust system and push rod type rear suspension.