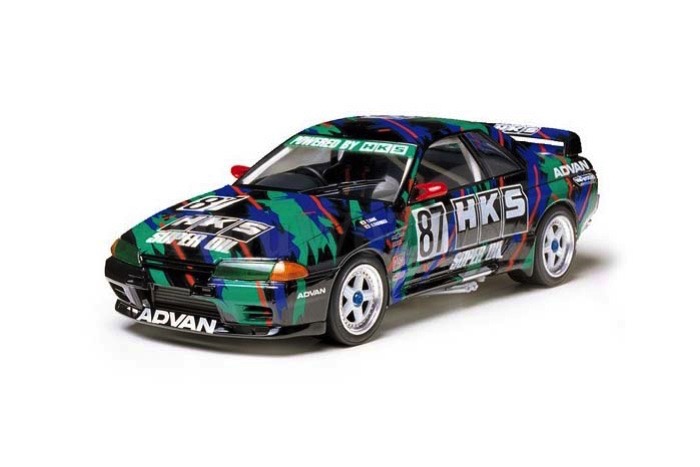 DISCONTINUED This product has been discontinued
and is no longer available.List price: $47.00
You pay: $31.99
(All prices in U.S. Dollars)

1/24 scale assembly kit of the HKS Nissan Skyline GT-R, which was entered by the well-known Japanese tuner HKS during the 1993 All Japan Touring Car Championship season.