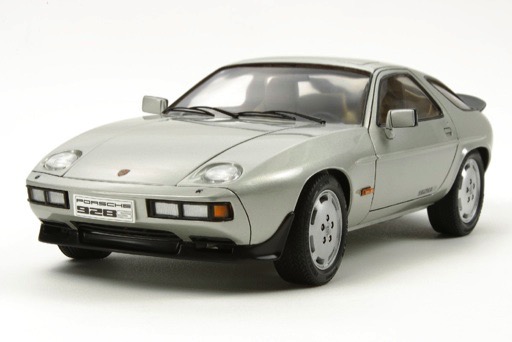 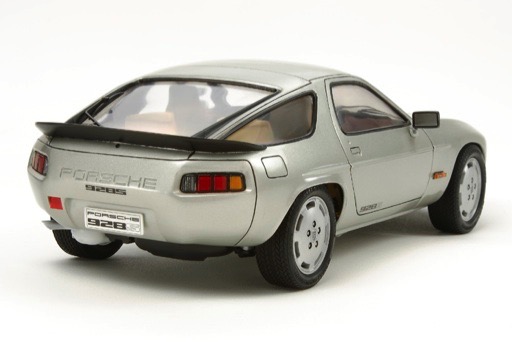 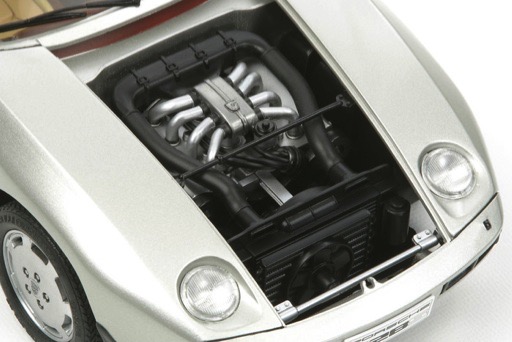 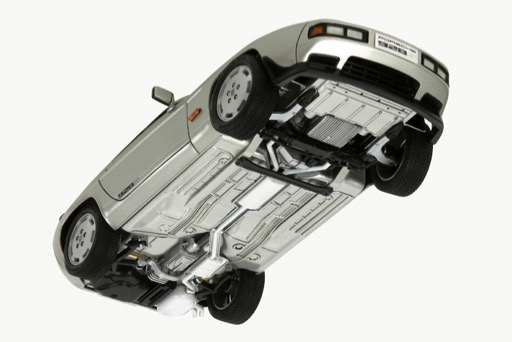 DISCONTINUED This product has been discontinued
and is no longer available.List price: $60.00
You pay: $40.79
(All prices in U.S. Dollars)

Porsche, which had established a great reputation for making sports cars with their 911 models, released a new flagship model called the 928 in March 1977. It featured a front-mounted liquid-cooled V8 engine and rear-mounted transmission to enable a 50:50 front/rear weight distribution as well as a "Weissach Axle" rear suspension system. In 1979, a version with enhanced performance called the 928S was announced. The engine displacement was increased from 4,474cc to 4,664cc which resulted in sixty more horsepower for a total of 300hp and a top speed of over 250km/h. Externally, the 928S featured a new wheel design, front and rear spoilers, and a distinctive crease line along the body sides to differentiate it from the standard 928. The 1/24 scale Tamiya model faithfully replicates this iconic Porsche of the 1980's.