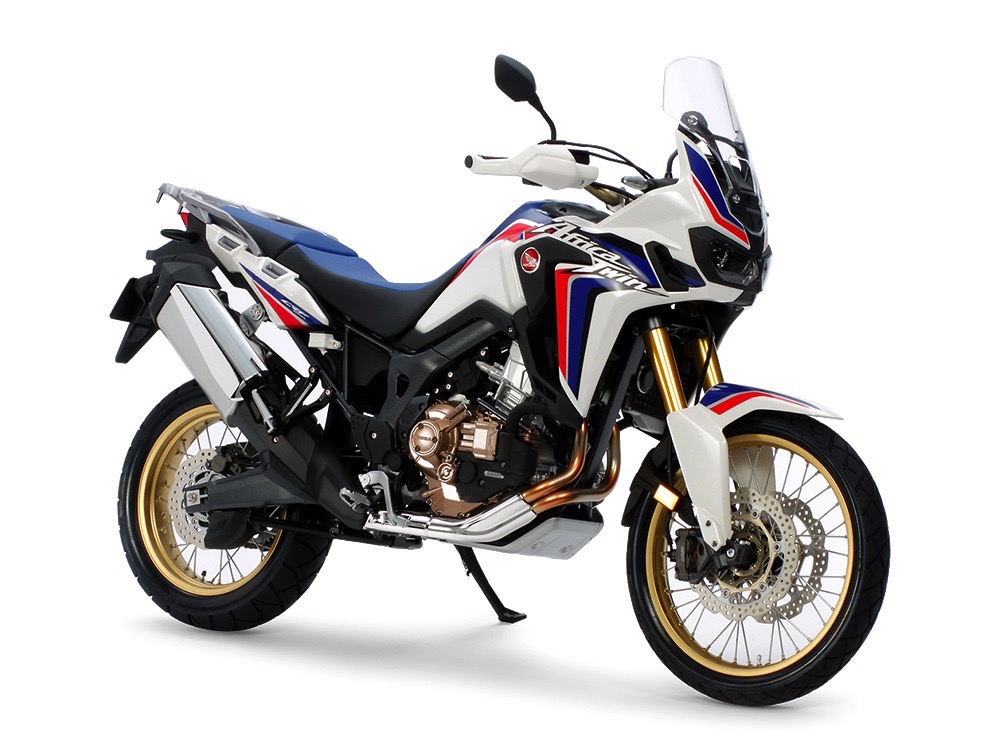 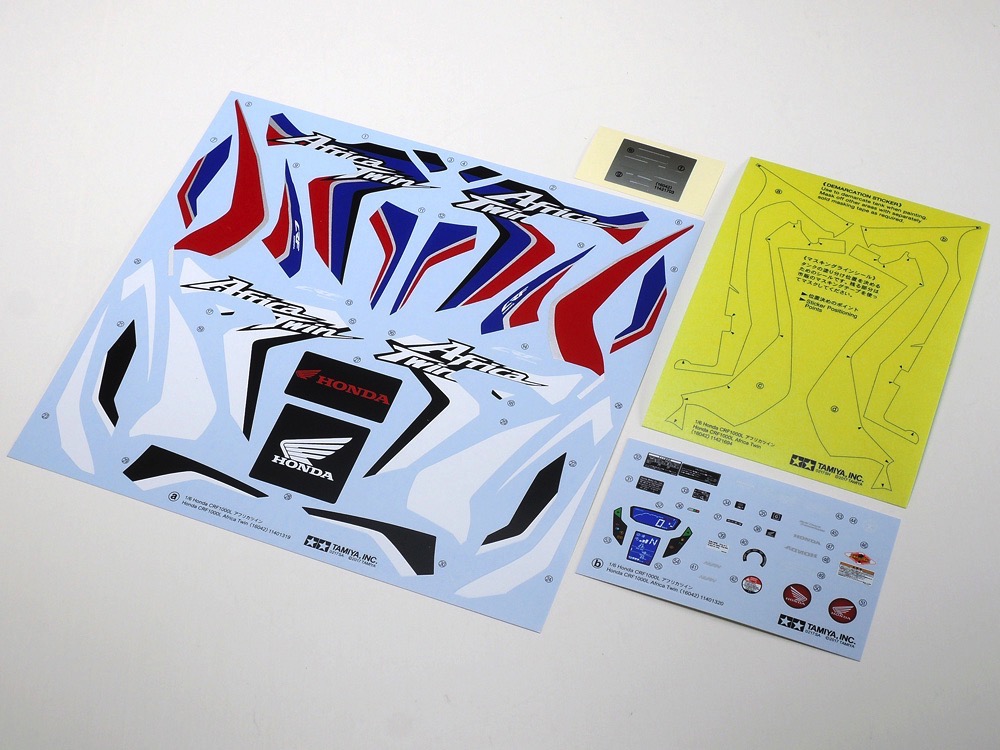 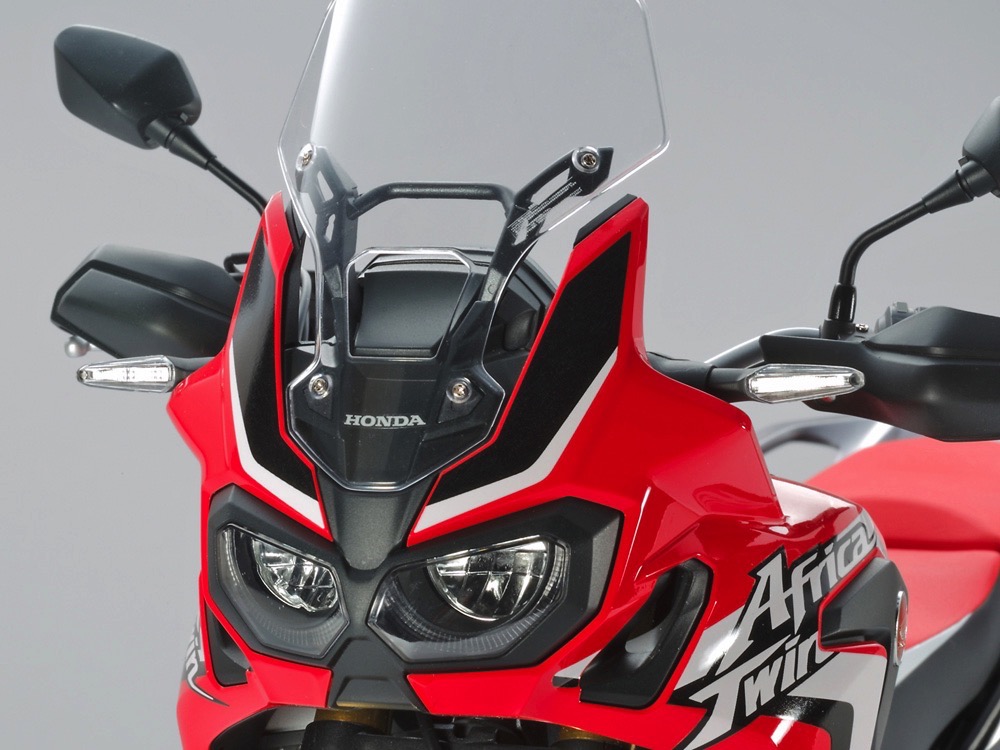 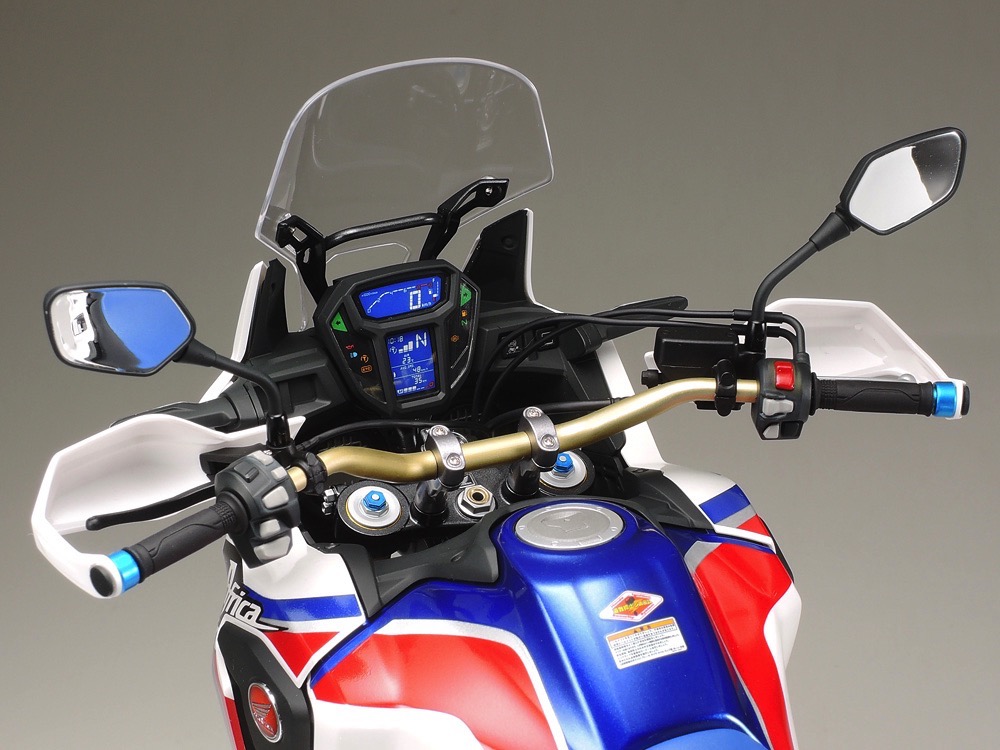 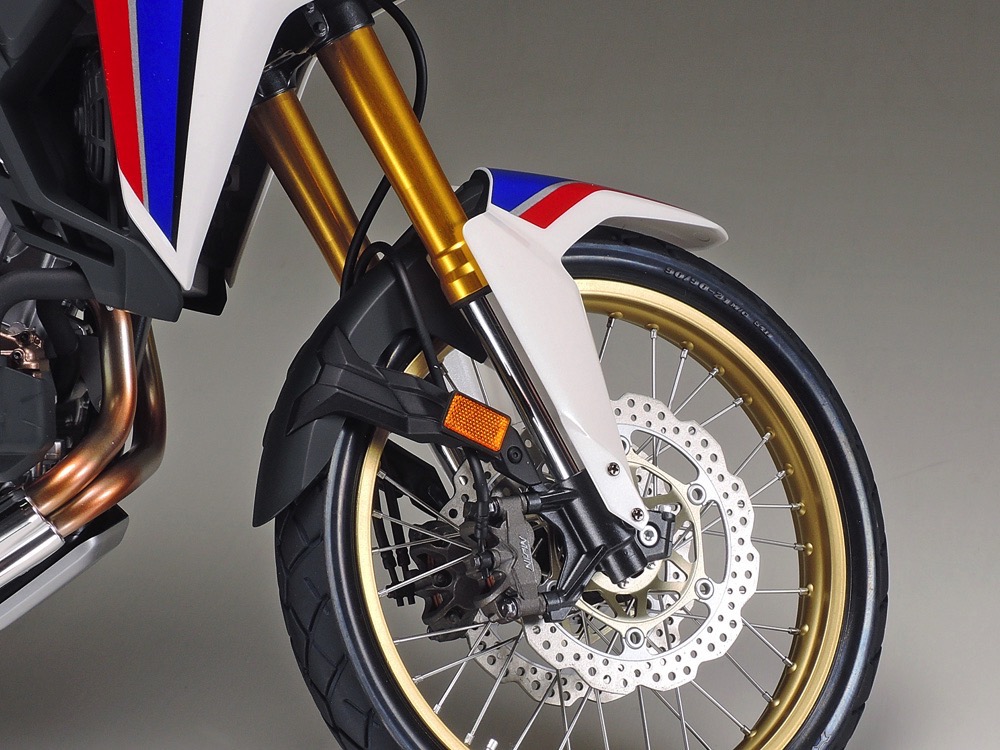 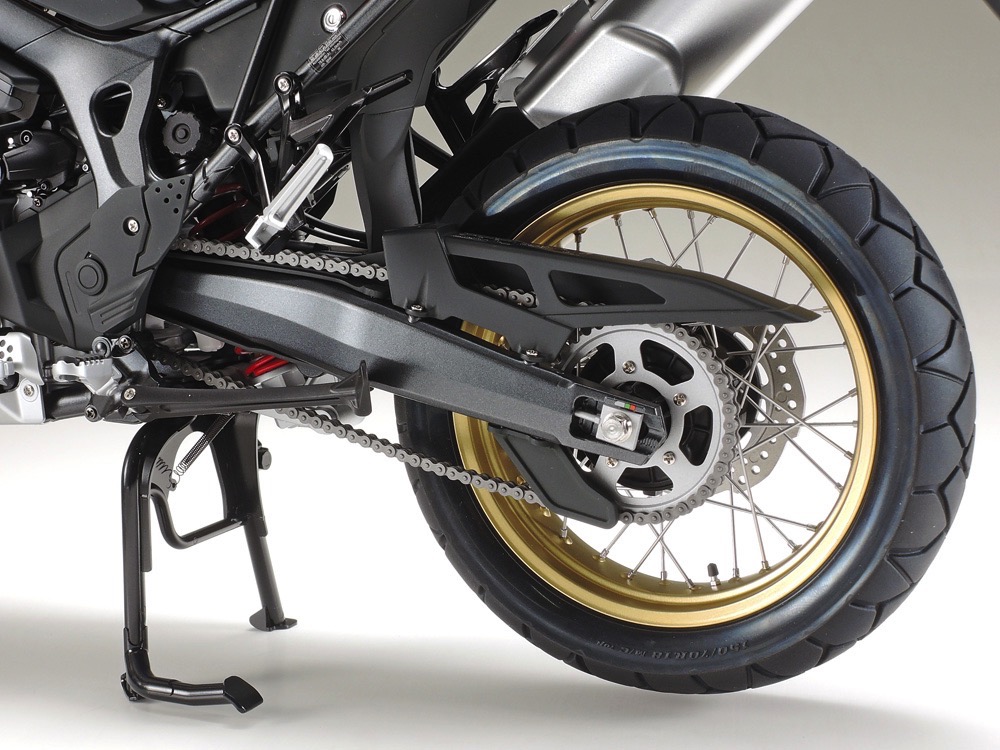 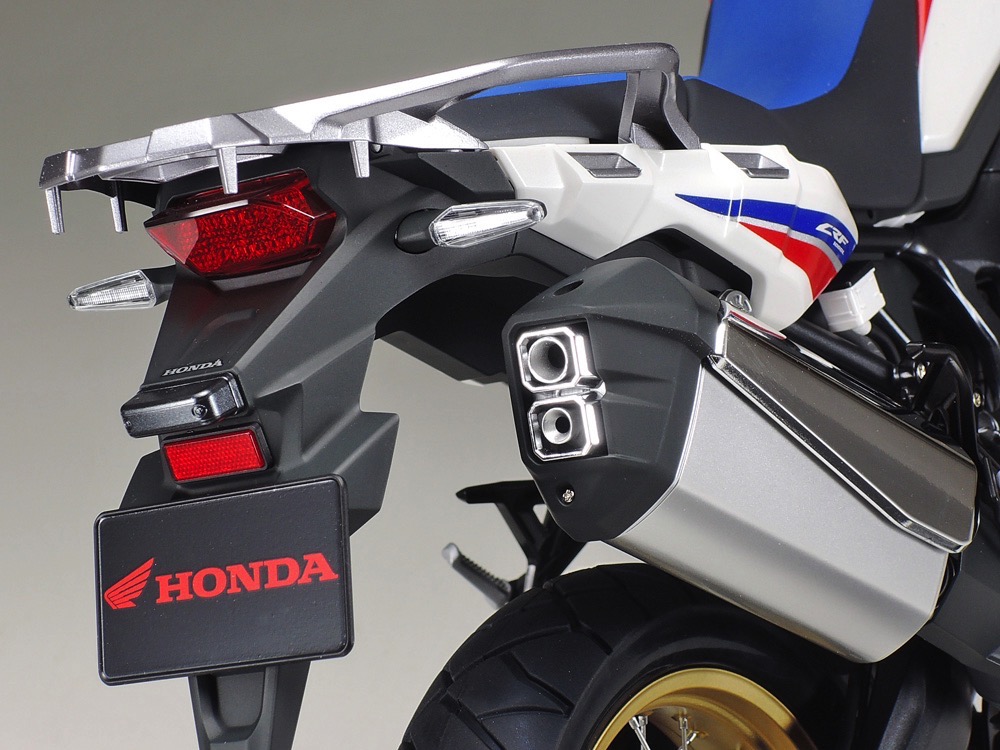 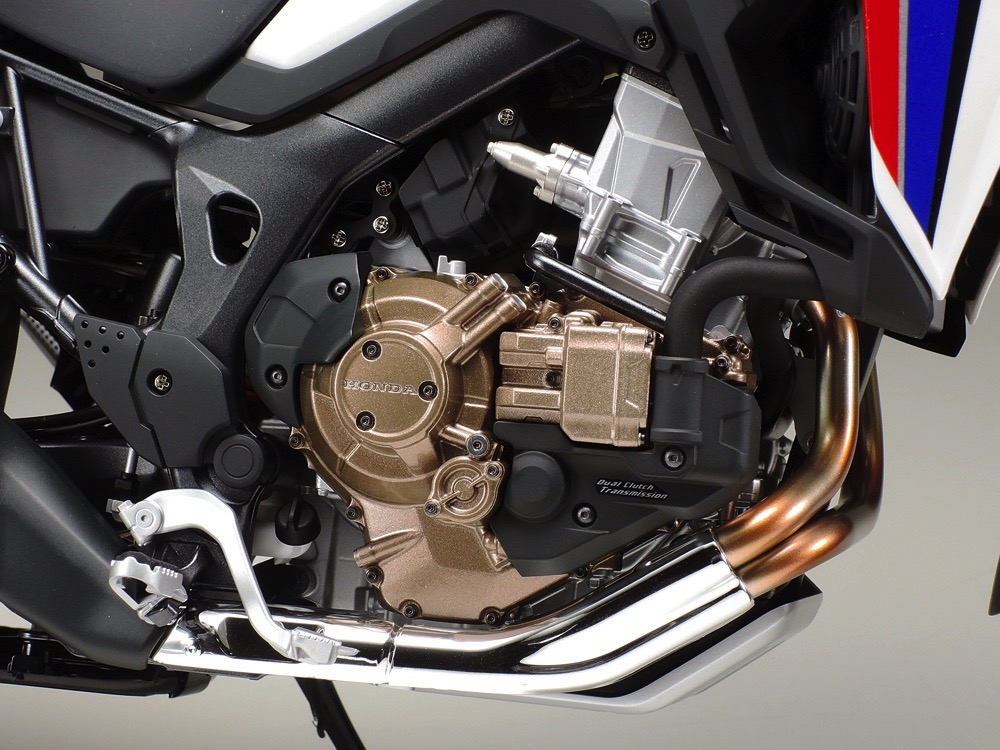 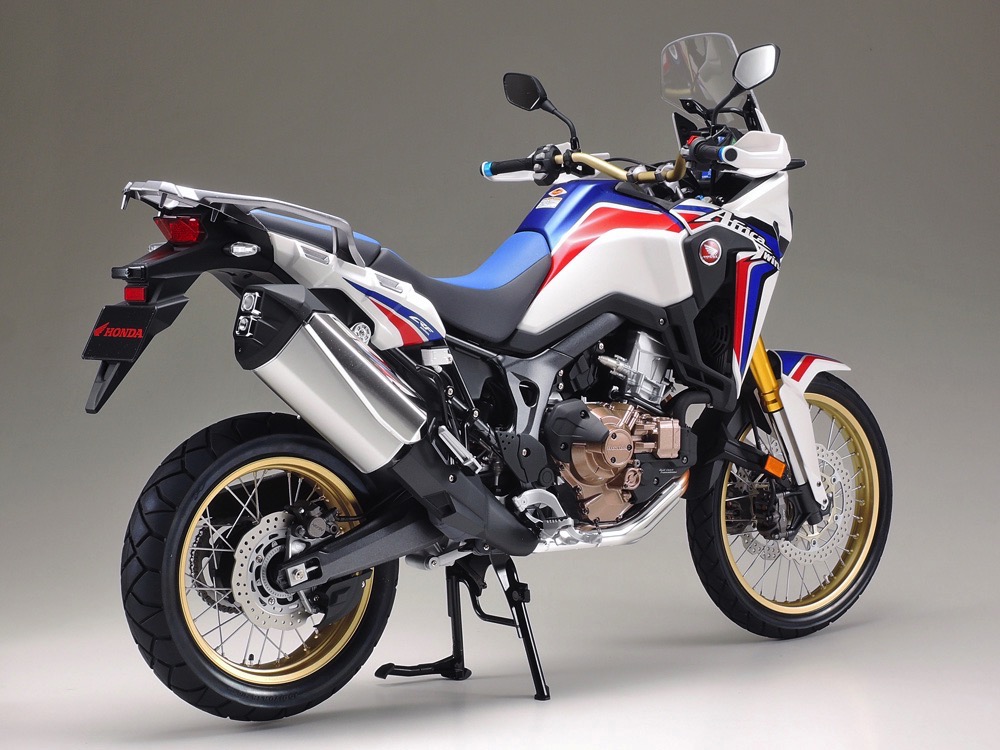 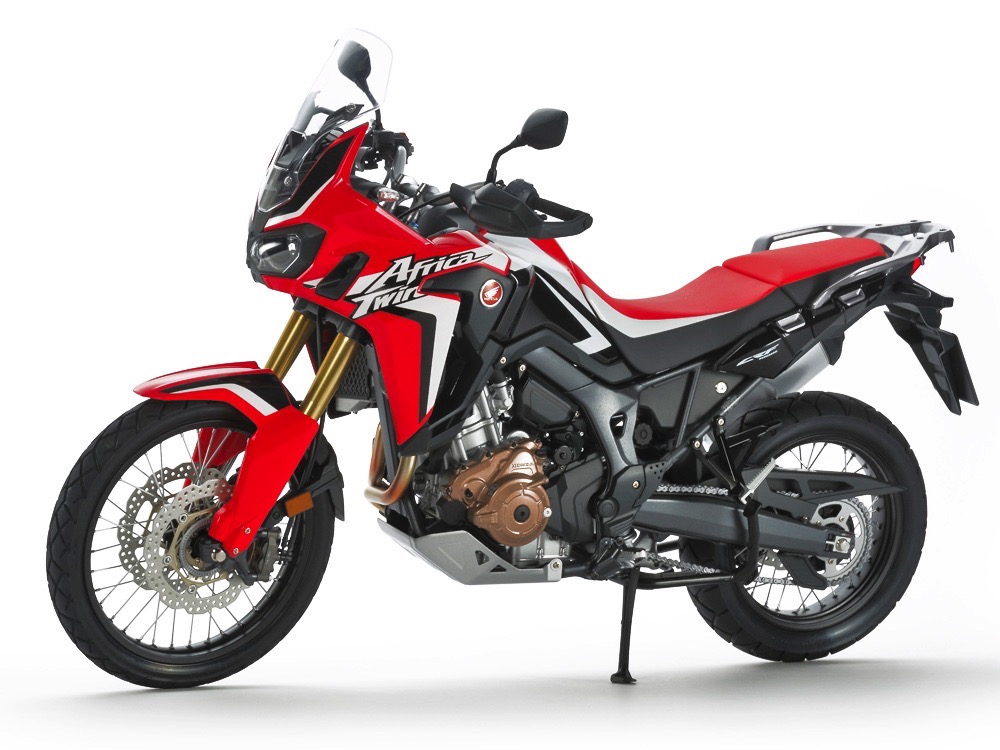 This large-scale motorcycle series model depicts the CRF1000L Africa Twin, Honda's modern adventure touring motorcycle inspired by their legendary 4-time Paris-Dakar champion off-road bike. The CRF1000L was released in 2015 and boasts a 998cc parallel-twin engine with a reported 92hp, plus an array of technology such as dual clutch transmission, selectable torque control for slippery surfaces, and ABS brakes. This assembly kit captures the bikes most minute detail in every way. It is sure to wow the most discerning model enthusiast at this very large scale!