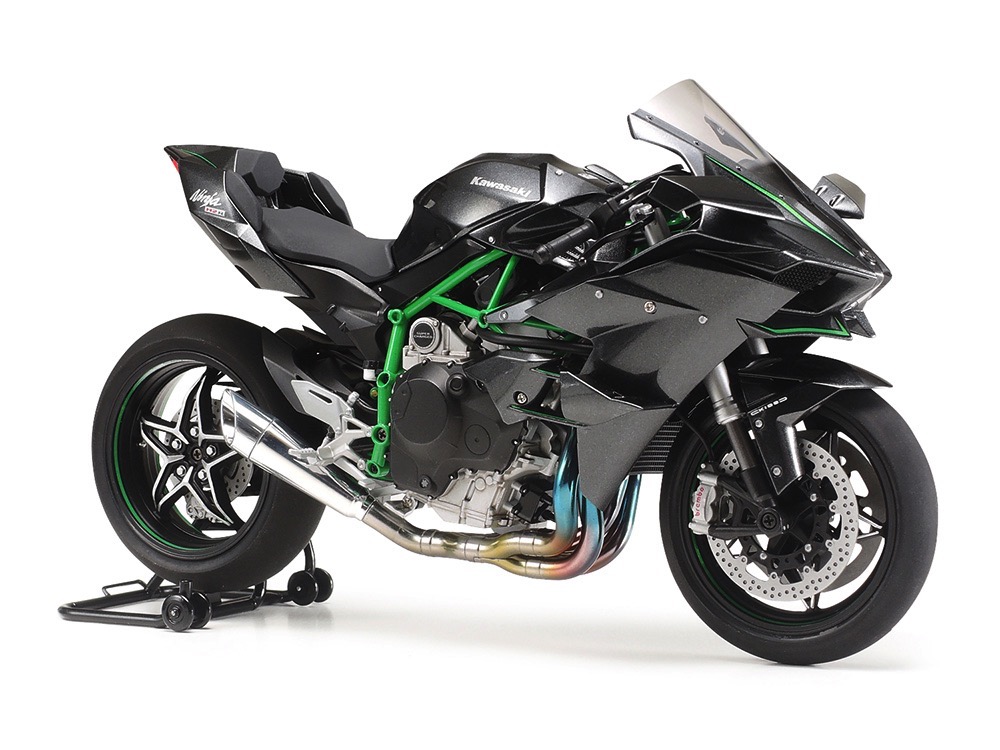 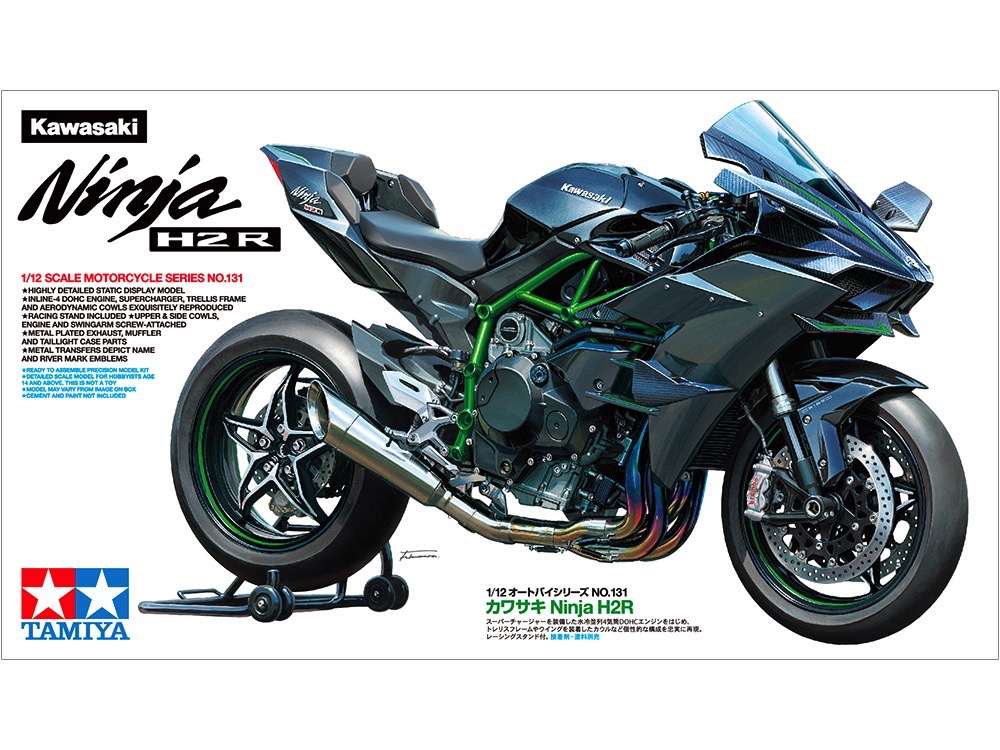 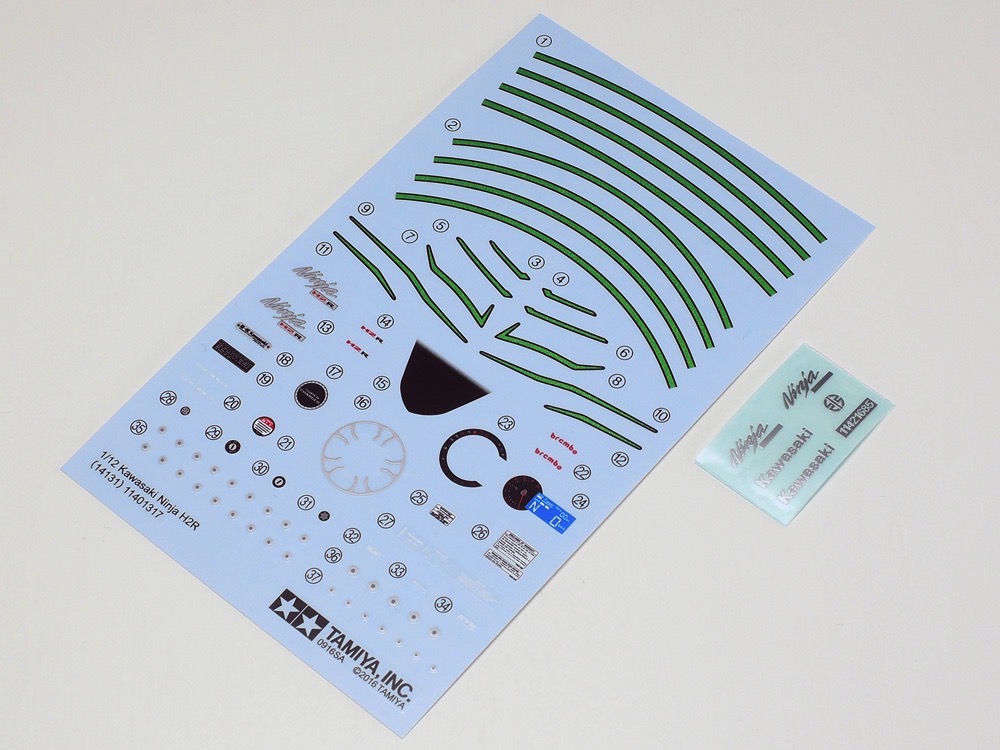 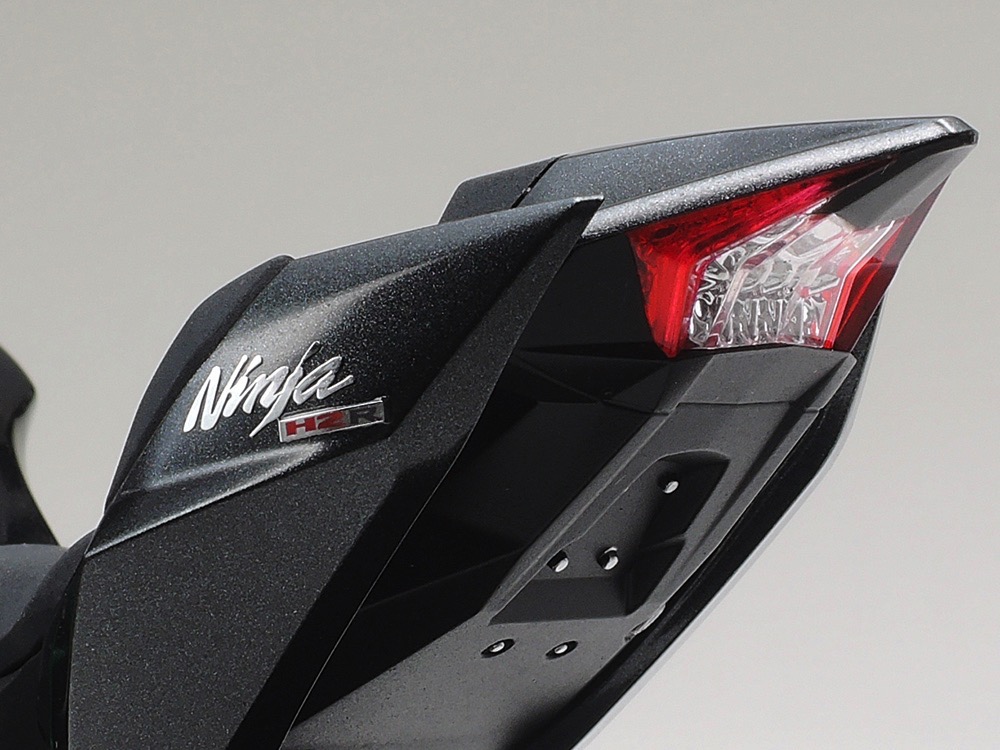 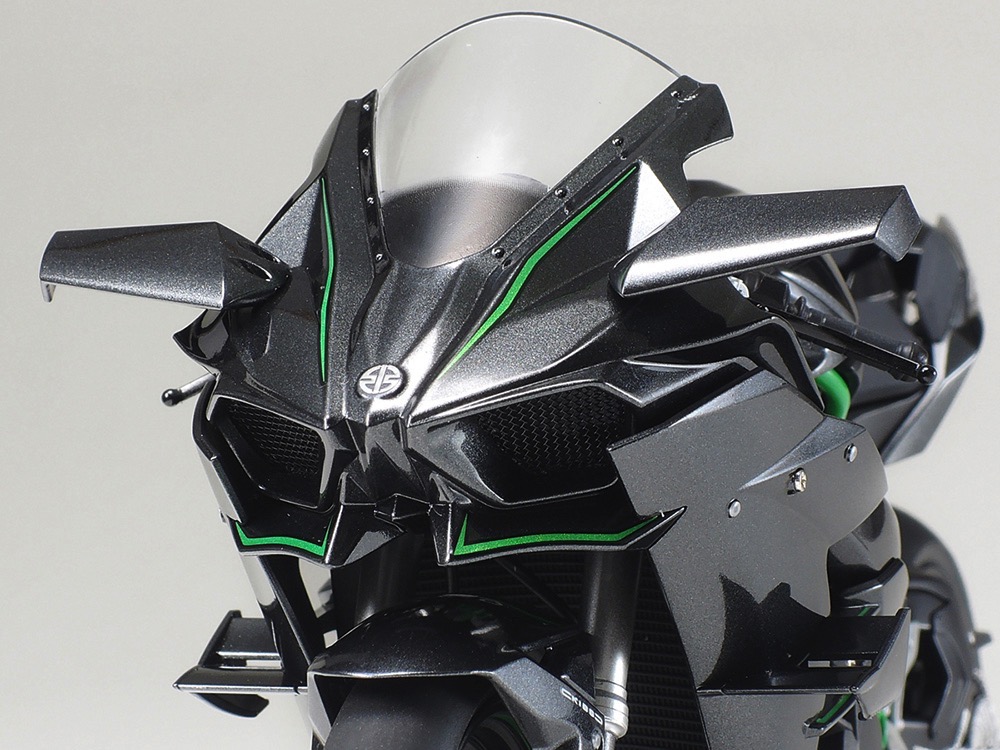 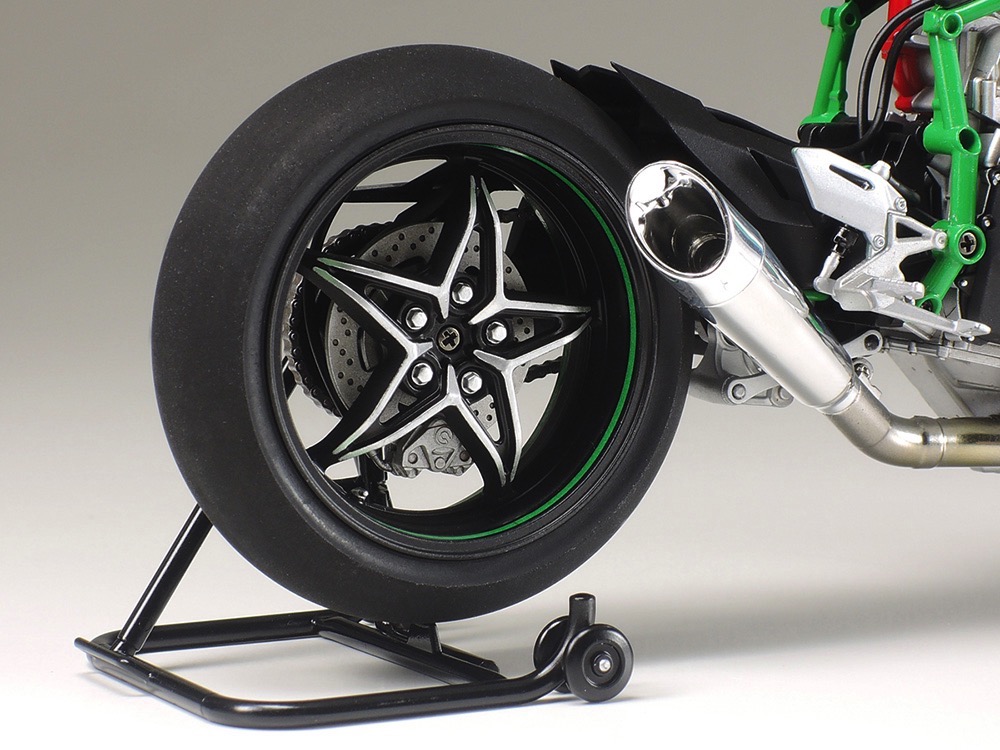 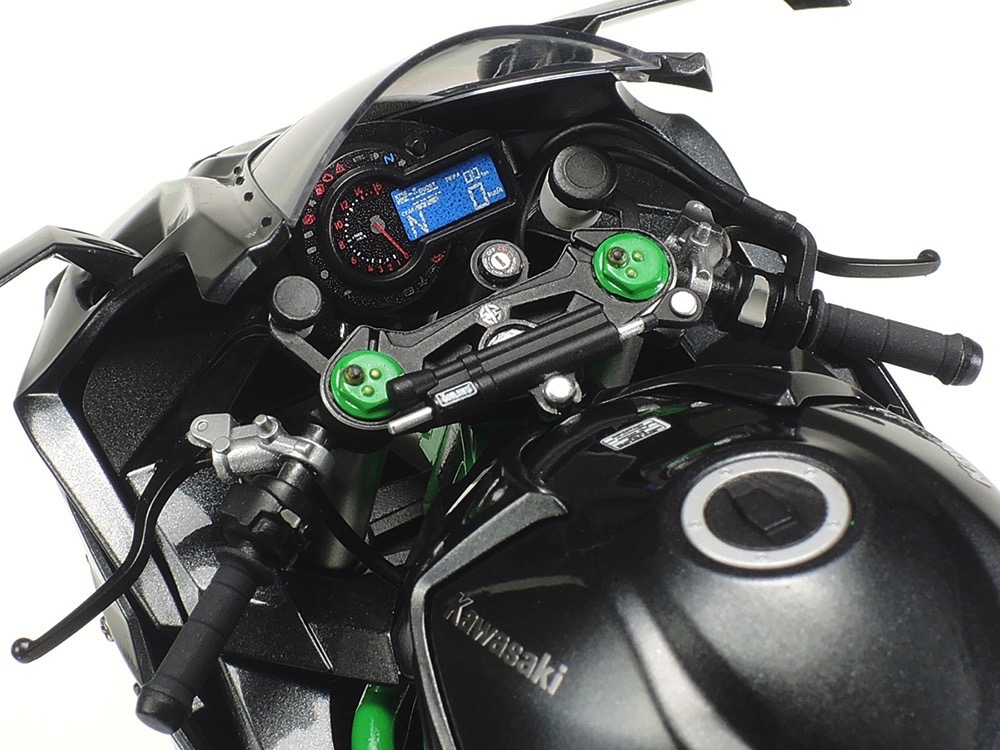 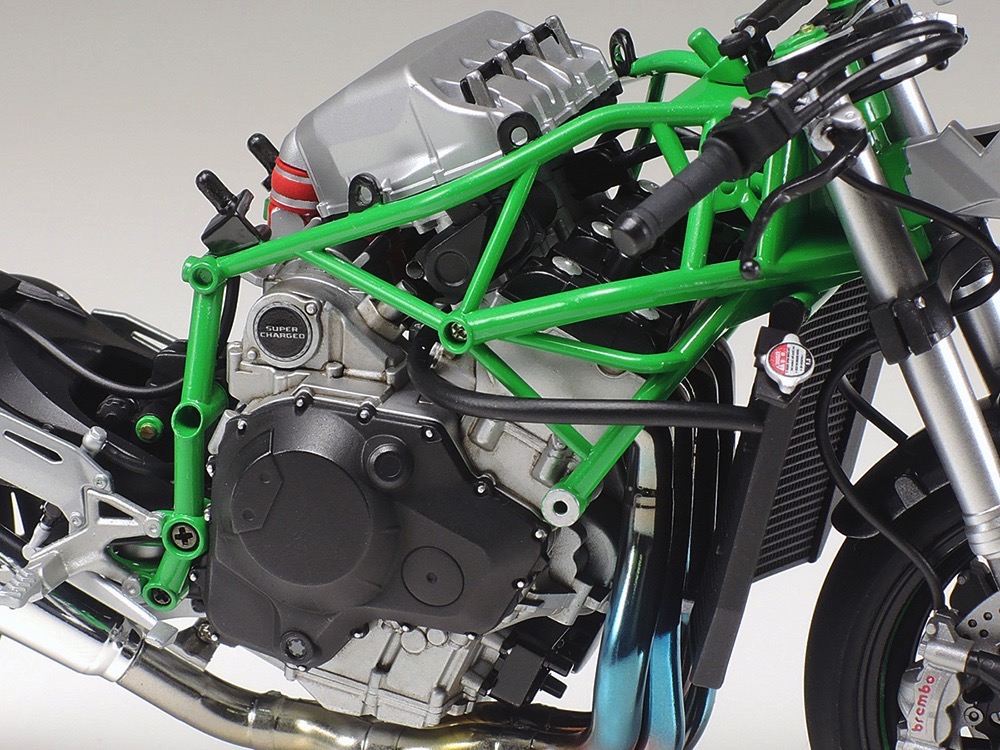 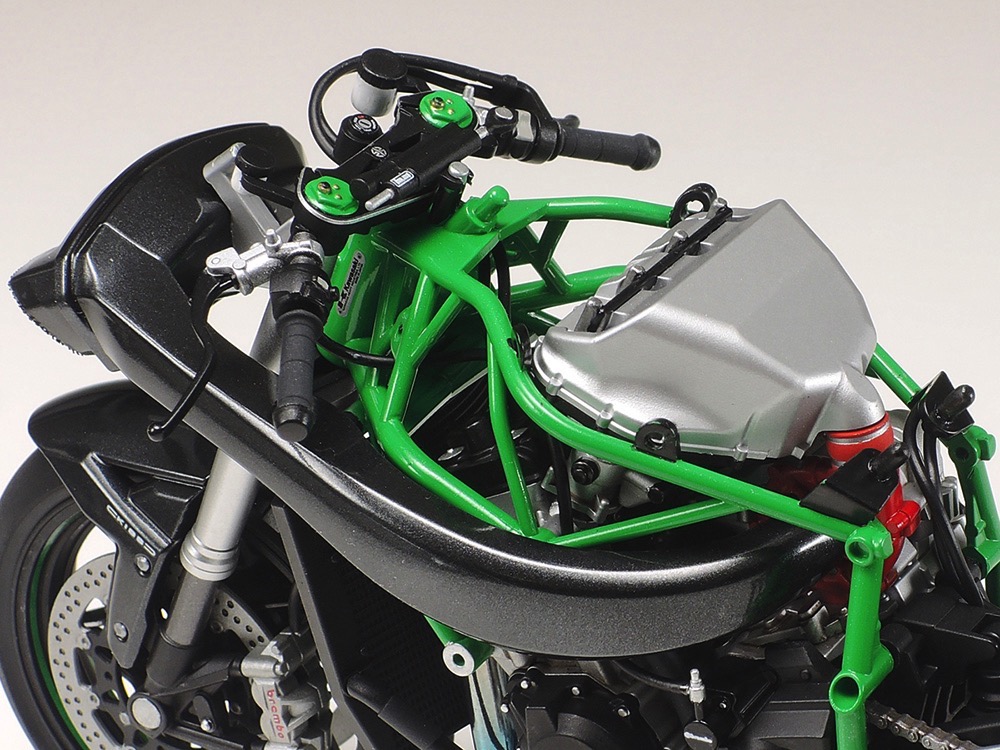 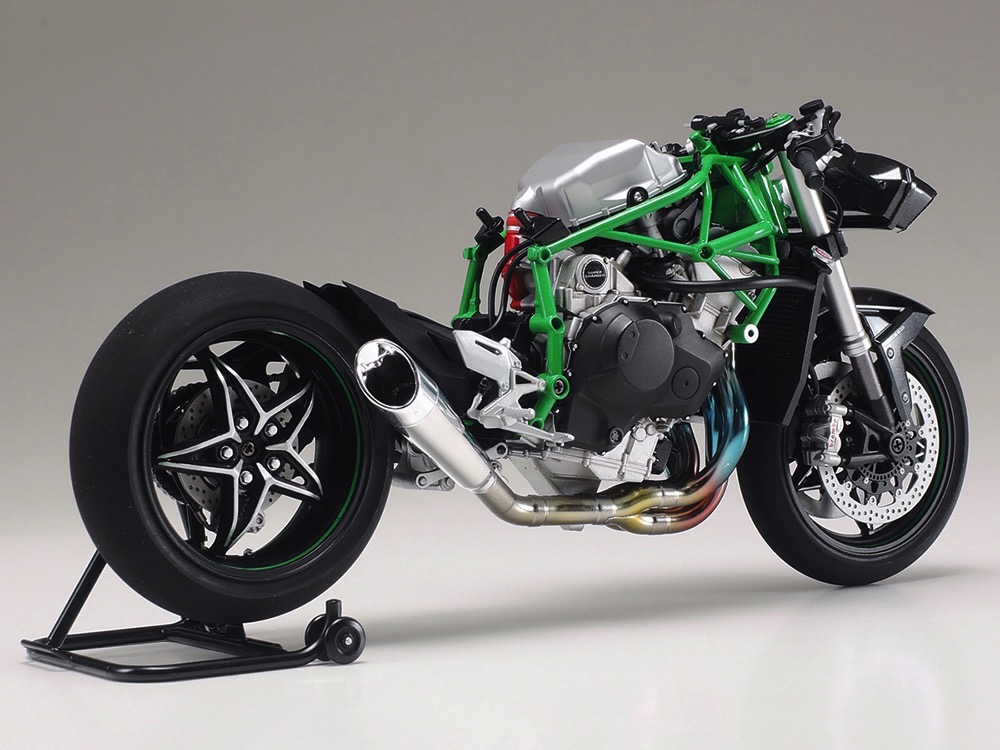 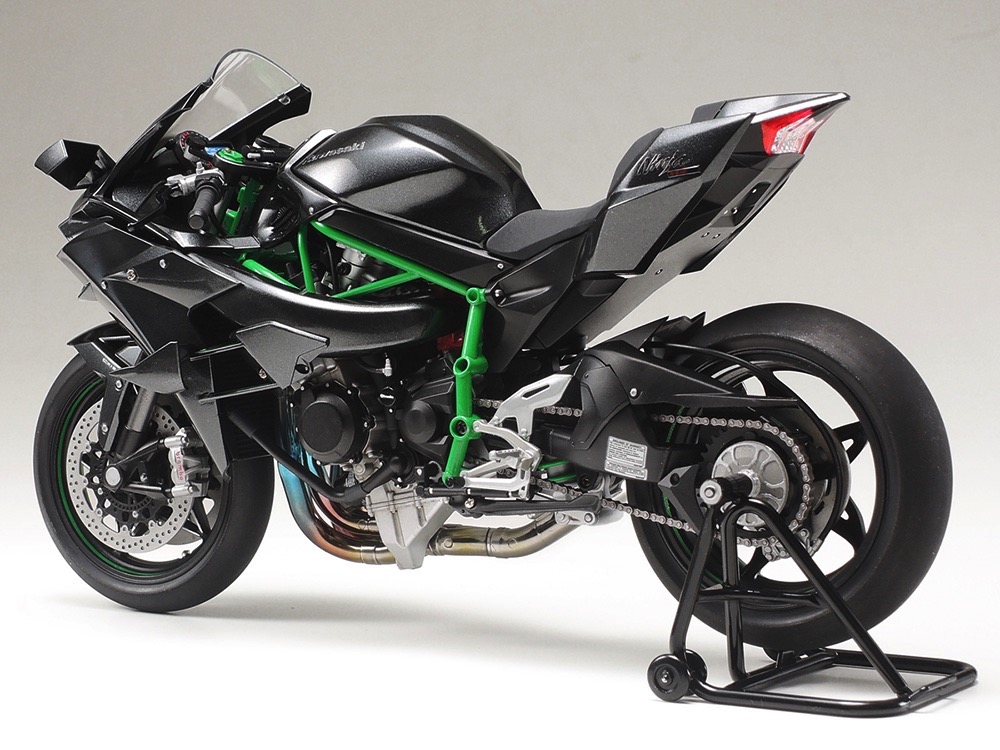 From a show-stopping debut at the INTERMOT show in Cologne in 2014 to later reports of a top speed over 400km/h, the Ninja H2R closed course motorcycle has never been far from the headlines. Its Japanese maker Kawasaki aimed to provide hitherto unexperienced acceleration in its development, going about it by teaming up a 300hp-plus liquid-cooled 998cc inline-4 engine with a centrifugal supercharger, and mounting them in a tubing trellis frame. Four carbon fiber wings on the sleek, angular cowls provide not only an aesthetic treat but also stability at the Ninja H2R's extreme speeds, while the bike boasts cutting edge tech such as traction control, engine brake control, a quick shifter and more. Don't miss your chance to build this expertly molded model of a mold-breaking bike!