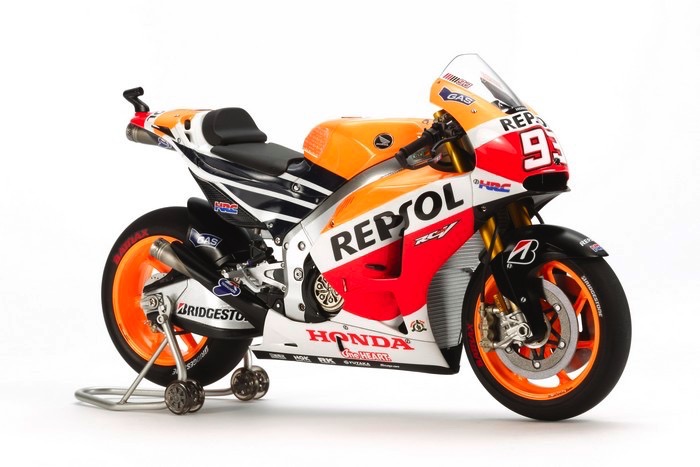 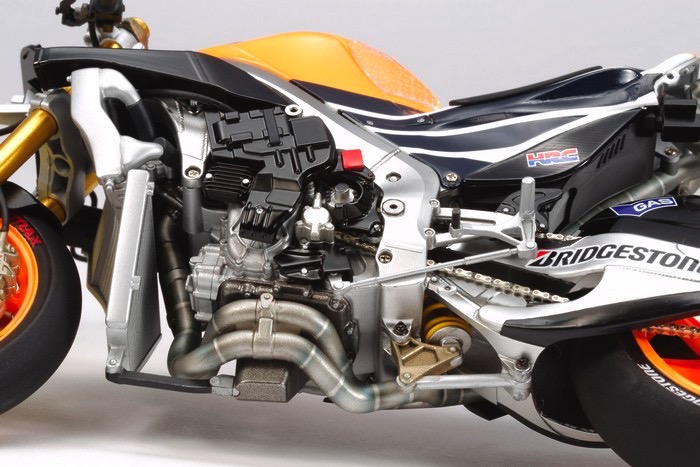 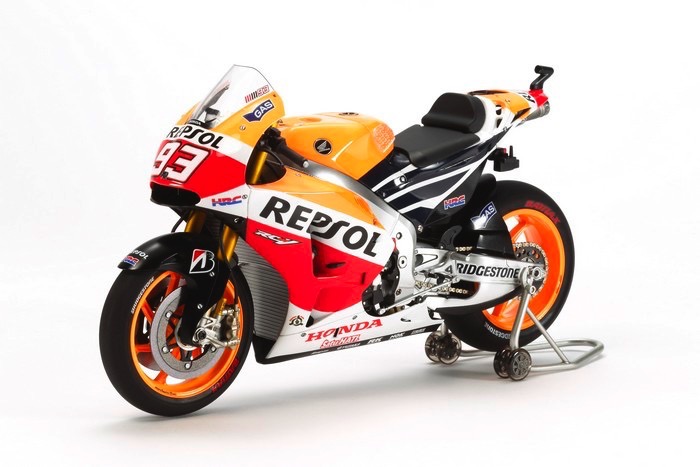 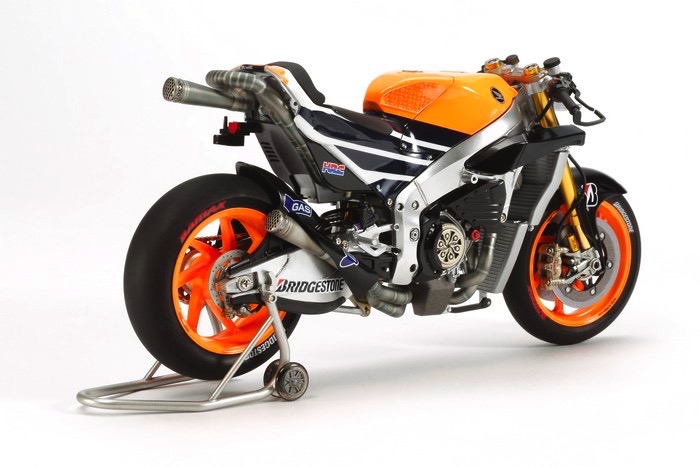 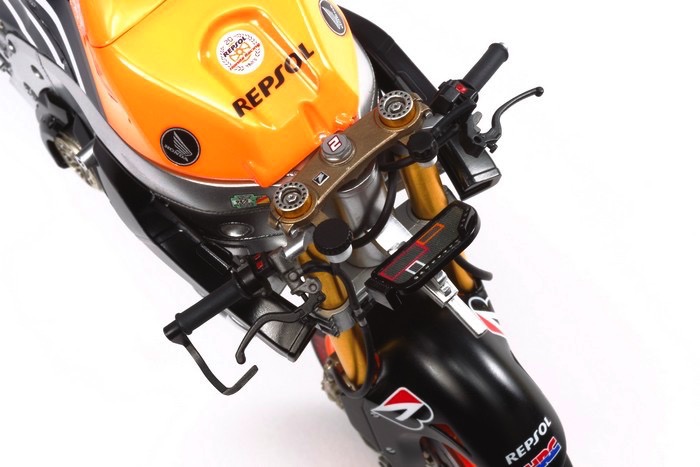 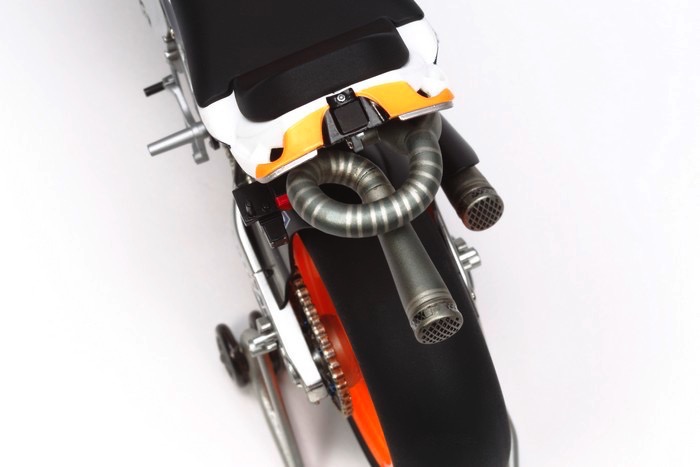 This model depicts the RC213V run by the factory-works Repsol Honda team in 2014 MotoGP. It was a momentous season for the team and for young sensation Marc Marquez. Marquez's 2014 season was sublime as he absolutely dominated with 13 wins and contributed to the Riders', Constructors' and Team Championships.

The RC213V debuted in 2012 with new engine size regulations stipulating a maximum of 1,000cc. It features an aluminum double-tube frame and powerful 1,000cc Honda 4-stroke V4 with pneumatic valve system. The seamless transmission saves valuable power during shifts, while other hi-tech features include traction control, an anti-wheelie system, and engine braking control.