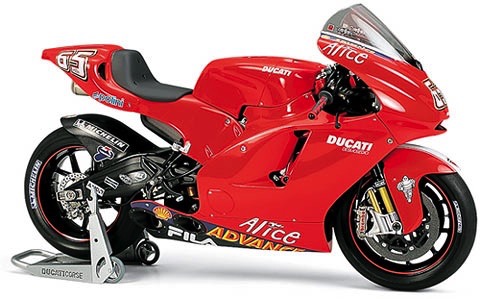 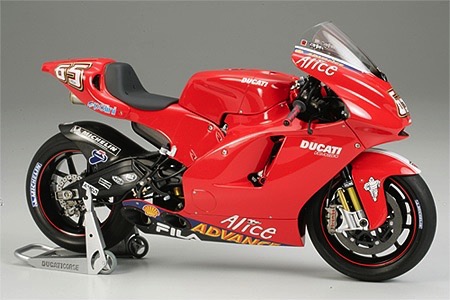 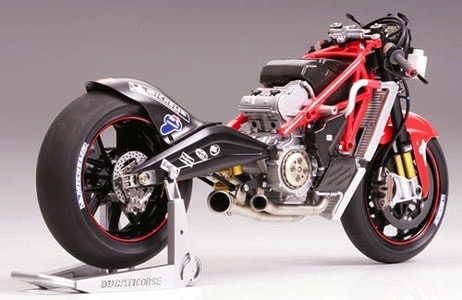 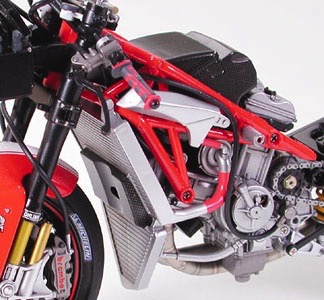 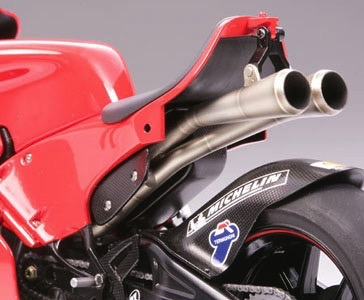 Available(Ships in 2-4 business days)
This product is in stock
at our suppliers, if ordered it
will take a few days to arrive.List price: $56.00
You pay less than: $44.80
Add to cart to see actual sales price.

Italian Quality and Style
Desmosedici is a compound word made from the Italian for sixteen, "sedici" and the name of Ducati's trademark desmodromic valve design. The DOHC 16 V4 engine is composed of two 90 degree L twin components held together in a tubular steel truss-frame, with swing arm and rear shock pivots directly attached to engine in a truly original fashion. The sleek and powerful bike was piloted in its debut 2003 MotoGP season by L. Capirossi, former 125 and 250cc class title holder, and World Superbike Champion T. Bayliss. The GP4 really showed its stuff during its 2003 debut season, taking 3rd place at Suzuka and winning 1st at Catalunya. Maintaining the same basic structure in 2004, Ducati brushed up everything from the engine to the body to make an even higher performance superbike. While the Desmosedici GP4 had a difficult first half of the season, it began to show results towards the end, with L. Capirossi winning 3rd place in round 15. T. Bayliss also took 3rd in the final round, ending Ducati's season on a high-note, and promising further excitement still to come!