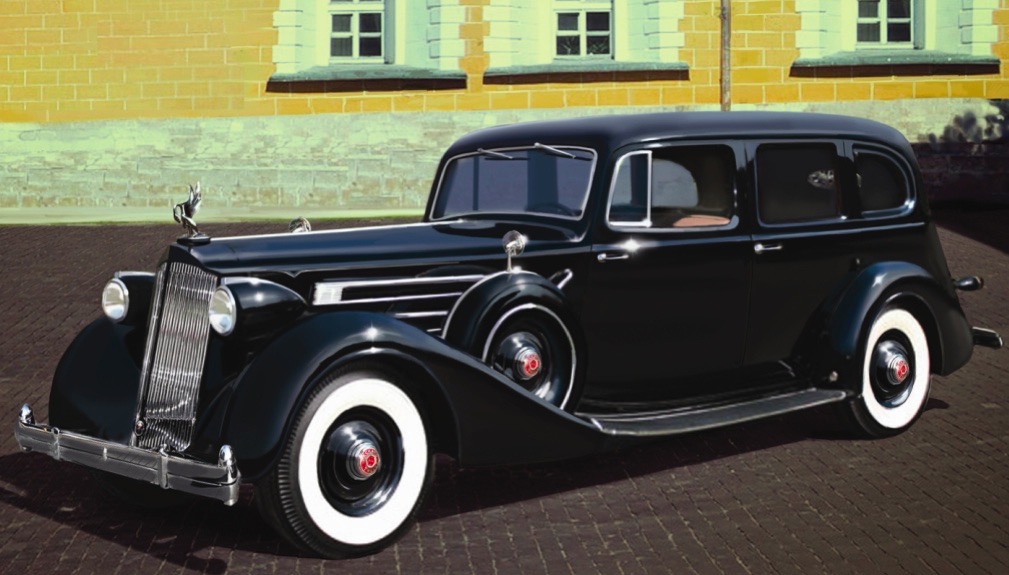 The 1930s - 40s Packard Twelve series were among the most elegant and innovative autos of the era, not to mention being some of the fastest production cars then available. Refined and thought by many to be superior to the finest domestic and Old World contemporaries, the Twelve's combination of beauty and performance made it a favorite in elite circles. Engaged by the famous and the infamous from President Franklin Delano Roosevelt to mercurial gangster Bugsy Siegel, these powerful Packards did not fail to impress. ICM's offering represents an opulent Depression-WWII era luxury automobile, a special order 1936 series 1407 with 175 hp engine and 7-seat limousine body as acquired by the Soviet government for use by Joseph Stalin. The kit features fine engraved and raised surface detail, multi-part chassis frame, fully rendered V12 engine and driveline, laminate construction injection-molded tires, well appointed passenger interior, individual door inner liners, rear luggage rack separate hood panels, covered spare tires and filigree exterior trim parts.