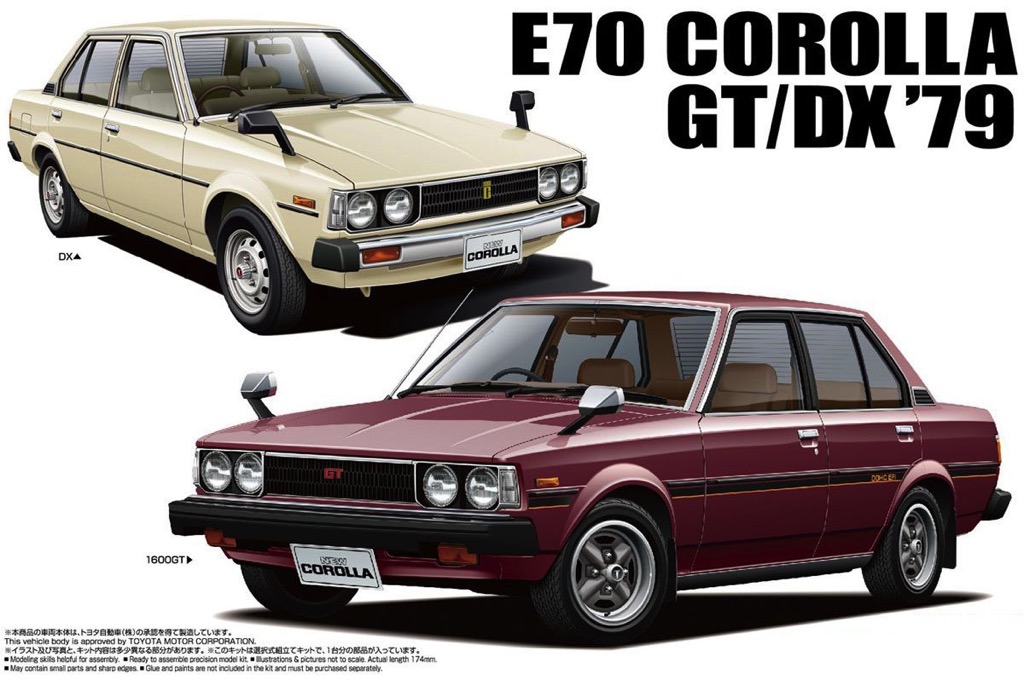 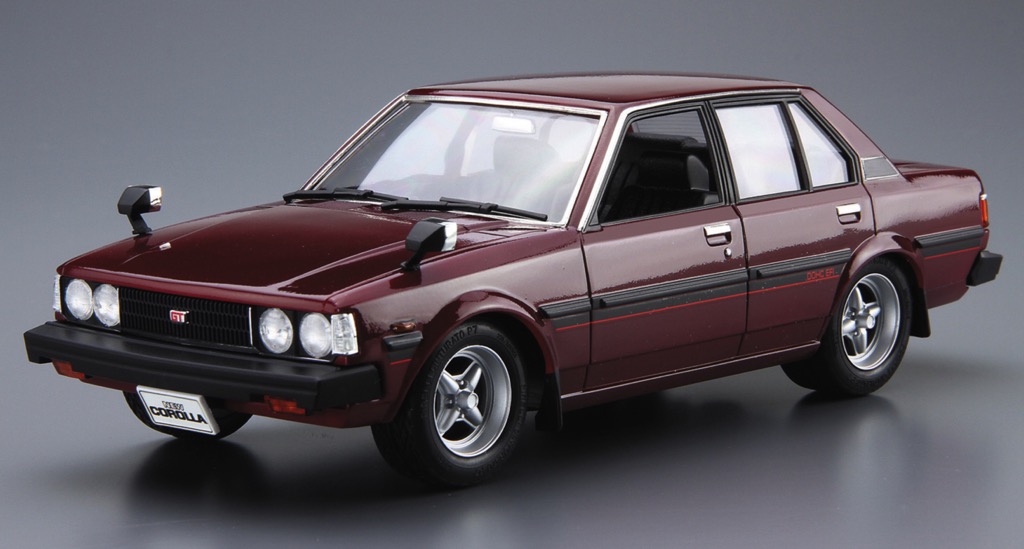 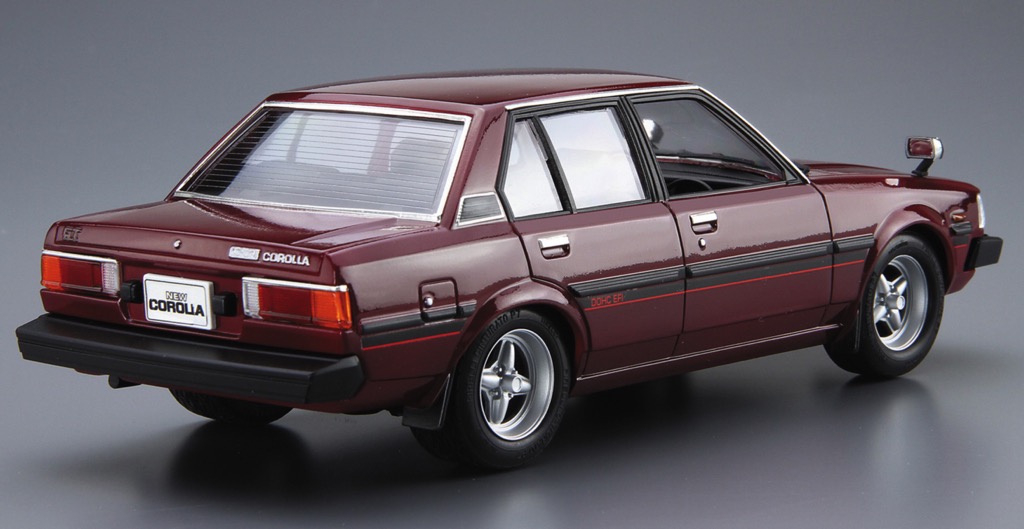 DISCONTINUED This product has been discontinued
and is no longer available.List price: $29.99
You pay: $21.29
(All prices in U.S. Dollars)

This kit has selectable parts to build either the flagship 1600GT 4-door sedan or the early DX mass-production model.The molds for this kit was designed and developed in the 1970s and consequently not at the quality of replication of today's standards. However, with the extra features such as the early model front grille, tail lights, in addition with chrome finished front and rear bumpers and grade-specific wheels, you are able to build the Corolla to your preference.