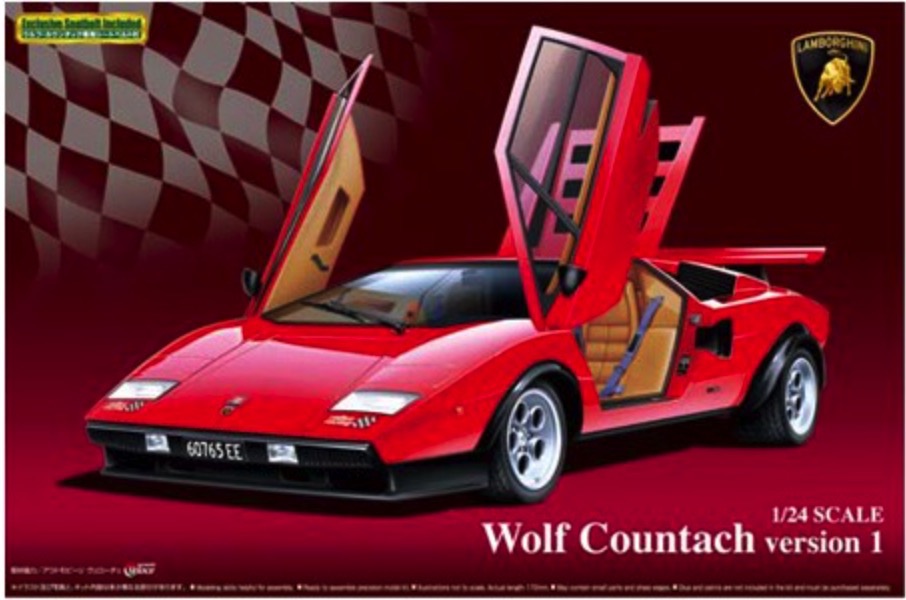 DISCONTINUED This product has been discontinued
and is no longer available.List price: $54.99
You pay: $38.99
(All prices in U.S. Dollars)

Features: In 1975, Walter Wolf, a wealthy Canadian businessman and owner of the Wolf F1 Racing team in the 1970s, purchased an LP400; however, he was not satisfied with the LP400's engine and asked Gianpaolo Dallara, the chief engineer of Lamborghini at that time, to create a special high-power version of the Countach. It was the "code No. 1120148" Walter Wolf special with an engine identical to the 5.0 L (310 cu in) engine from the Countach LP500 prototype,[14] which produced 447 horsepower (333 kW) at 7900 rpm and reached a supposed maximum speed of 315 or 323.6 km/h (195.7 or 201.1 mph). This model also featured the upgraded wheels, Pirelli P7 tires, large fender flares, and front and rear spoilers of the LP400 S model. It was painted red with black fender flares, and was designated "LP500 S" like the standard Countach model from the 1980s, and was the stepping stone that led to this later production model.