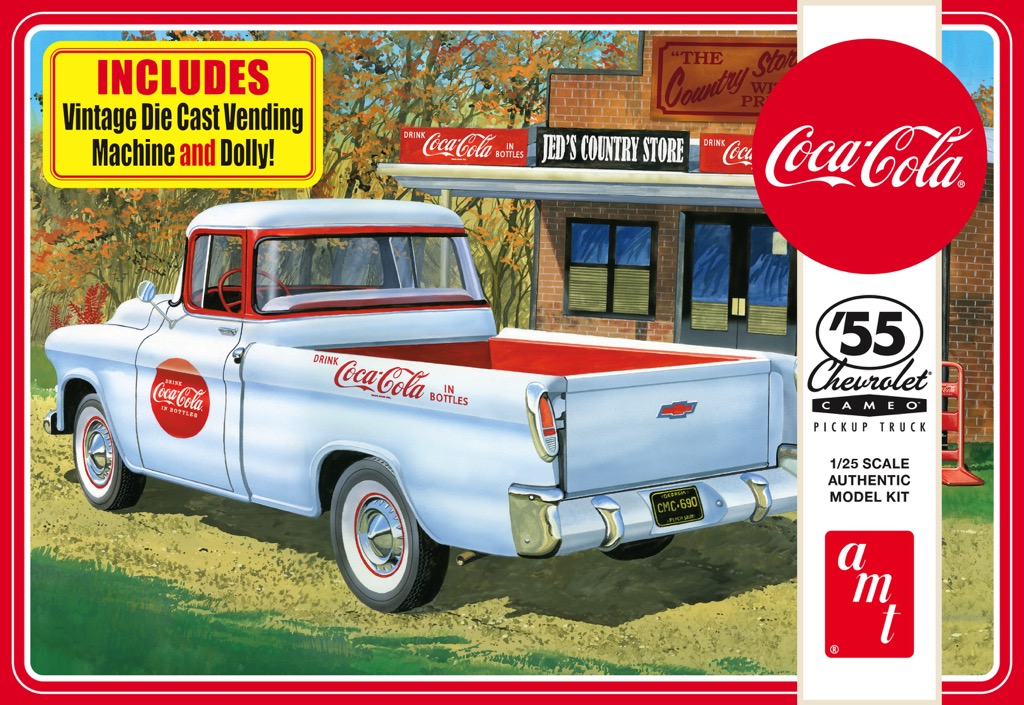 The styling of the "Second Series" 1955 Chevrolet trucks resembled Chevy cars more than ever. Though all '55 Chevy trucks shared this car-like styling, the Cameo Carrier took things even further with its smooth, flush rear fenders. This accurate and super-detailed AMT kit builds into an attractive replica of the highly desired Cameo, with its V8 engine, folding bench seat, and separate plated hood and fender emblems. It's got a scale 265 V8 motor, 3-speed manual transmission and separate exhaust system. It even has an optional exterior sun visor!